Today, we inevitably think about the languages in question, Russian and Ukrainian, as emblematic of two countries now at odds. As the news has unfolded, Vodolazkin’s depiction of these two languages as part of one and the same person, as brothers and foes simultaneously, while not completely new for me, has introduced more nuance into my thinking.  For an English reader less familiar with the relationship between Russia and Ukraine, the novel may well be a revelation.

Brisbane opens with the central character, Gleb Yanovsky, a world-famous guitarist, noticing a nearly imperceptible flaw in his tremolo during a concert. Soon after, he receives a diagnosis of Parkinson’s disease. The novel pursues two lines of narrative: one in the present, as Gleb contrives to live his life and even perform despite this diagnosis; and one in the past, starting with Gleb as a boy in Kyiv and moving through his coming-to-be as a musician, through young love, and eventually to fame and the good and bad his fame brings. The two narrative lines alternate like a fugue.

This idea of the novel’s fugue structure isn’t mine; it originates with the eminent critic Galina Yuzefovich and her fine review of Brisbane in the journal Meduza. And I agree that Brisbane is very much about music. For me, though, as a nonnative Russian speaker and the book’s translator, and especially given ongoing events, Vodolazkin’s attention to and use of language come very much to the fore.

Today, we inevitably think about the languages in question, Russian and Ukrainian, as emblematic of two countries now at odds.

Born in Kyiv to a Ukrainian father and a Russian mother, Gleb is educated first in Ukrainian, then in Russian. The bilingual and bicultural nature of Gleb’s world is so deeply embedded in Russians’ and Ukrainians’ reality that the Russian reviews don’t have to point it out. Both Ukrainians and Russians viscerally understand this state of being, and Gleb himself embraces his native cultural duality.

Ukrainian makes a pointed entrance in the book in the very first pages when it appears untranslated, in the Ukrainian Cyrillic alphabet, in the words of Gleb’s Ukrainian-speaking father, Fyodor. Tolstoy footnoted the French in War and Peace. Junot Díaz footnoted the Spanish in The Brief Wondrous Life of Oscar Wao. For the most part, Vodolazkin felt no such need. He rightly assumes the Russian reader will understand his Ukrainian. Rather, at this first appearance, the author offers a lovely long footnote explaining Ukrainian pronunciation for Russian speakers, by way of emphasizing the language’s musicality.

Just as Vodolazkin was thinking about his Russian reader here, so I, too, writing the English version, had to consider my reader—who could not be expected to understand Ukrainian and for whom the nuances of Ukrainian pronunciation would be meaningless. So I translated and italicized the Ukrainian and added a footnote explaining how Ukrainian and other foreign languages—German, English—appear in the translation. My hope is that the Anglophone reader will understand the fact of Ukrainian’s beauty through the characters’ response to it and the language of my translation.

There is a push and pull between Fyodor’s loyalty to Ukrainian language and culture and Gleb’s fascination with an affection for Ukrainian and his eventual choice to speak Russian and live in Russia. Father and son respect each other’s choice without being drawn to change. Early on, Fyodor asks his young son to call him tato, the Ukrainian for “father.” Although they live in Ukraine, none of Gleb’s friends call their fathers that, but even at this early age Gleb has an inkling of his father’s feelings about his Ukrainian identity and so tato it is. The dynamic can work in the opposite direction, establishing a poignant distance between father and son.

There is this interchange when Fyodor, who by this time has separated from Gleb’s mother Irina, delivers Gleb home after a day spent together:

“Will you stay for dinner?” Gleb asked his father. Ne. Ne zaproshue.” “What does ne zaproshue mean?” the boy inquired. “No one’s asked me,” Irina explained, looking into Fyodor’s eyes. Gleb’s grandmother silently wiped her hands on her apron. It seemed to her that the man who not so long ago had been her daughter’s husband should be asked.

In Gleb’s elementary school—a Ukrainian-language school his mother has chosen for him because she thinks he should know the language of the land where he was born—he learns that certain words are masculine in Russian and feminine in Ukrainian and asks his father why. “Because our way,” Fyodor replied, “she’s like a woman, soft and gentle, while the Russian way is harsh and unpredictable when it comes to life. That’s why we can’t have a common path.” Thus language-as-identity bleeds into language-as-politics.

Publishing Russian literature in translation has suddenly become extremely problematic, and for the next generation, possibly, impossible.

Gleb is by no means blind to the power relationship between Russian and Ukrainian. In the present-day thread, he explains why he chose to be a Russian speaker: “Russian was the more prestigious language, shall we say. Everyone realized you couldn’t get anywhere without it. I’d put it this way. The question of prestige stands above national identity. When that identity becomes a matter of prestige, then that’s another matter.” It makes perfect sense for a young man like Gleb, no matter how deep his affection for Ukrainian folk culture, to look to Russia, not Ukraine, for high culture.

This is the same trajectory talented young colonials have followed throughout history and all over the world, be it Senegalese moving to Paris or Ukrainians moving to Moscow. The impulse is exactly the same, only the degree of the colony’s political and cultural suppression varies. Once teenage Gleb travels to St. Petersburg and falls in love with its “crystalline Russian,” the die is cast. His love of Ukrainian remains inalienable but unchanging.

Language is at least as much a focus for the author as it is for his protagonist. From my standpoint as a translator, the text poses the grand challenge of writing as beautifully as I can and also of recreating Vodolazkin’s wordplay in English, all the tongue-twisters, counting rhymes, song lyrics—even palindromes.

Gleb’s first professional gig is playing in a small band. His old school friend Kleshchuk has arranged to back up a gangster who loves to sing and who is so enamored of his own voice that when he does start performing buys audiences and reviews. Unfortunately for him, at one point he fails to secure a certain publication’s cooperation:

Only Palindrome escaped him, a newspaper that published items under palindrome headlines. The editors (there were only two of them) didn’t come up with the palindromes but cleverly used existing ones. Small and not proud, the newspaper itself approached Kleshchuk with an offer: under certain terms to run a positive review in their pages (which, matching the number of employees, were also two). Not properly appreciating the palindrome’s role in public life, Kleshchuk told the newspaper where to get off. As a result, the only negative publication about the concert came out in Palindrome. It was headlined, “Nod Off, Obese Boffo Don.”

Like Palindrome’s editors, I scoured lists for a palindrome that fit the text, though I think mine is funnier than the original: Kleshchuk popolz, zlo popku shchelk (Kleshchuk crept, meanly snapped his butt). It now occurs to me that Vodolazkin himself must have come up with this palindrome, given that it includes the name of one of his characters. Or was it the other way around?

I began translating in the abstract, with a naive, youthful idealism. Fifty years later, translating is extremely personal.

Today I think about little else but Russia and Ukraine. When I can tear myself away for a moment from the bloodshed and devastation, I think back to when I first turned to literary translation, during the Cold War, when it seemed as though the Soviet Union would never end. At the time, I felt I could make myself useful by translating Russia’s forgotten and suppressed writers. Without visibility in the West, they were easily buried, whether they were still alive or already dead. A writer translated into a Western language would be less likely to be overlooked and might acquire a layer of protection at home—although it could work in the exact opposite way, of course.

My motivation was not entirely unselfish. It was obvious to me that the vast number of hidden manuscripts and books would certainly include great works of literature. Indeed, my career in literary translation has involved a fair amount of discovery—much of it in the grand old Slavonic Reading Room of the New York Public Library—from political dissidents, to obscure emigres, to the great many women writers who had historically been relegated to the sidelines.

In 2014, those impulses came full circle, when I had a call from one of Aleksandr Solzhenitsyn’s sons, Stephan, asking me whether I’d like to join a major project to translate all of his father’s untranslated works. Instantly I thought of Solzhenitsyn’s haunting One Day in the Life of Ivan Denisovich, his major novels Cancer Ward and First Circle, and perhaps most influential of all, The Gulag Archipelago. These books were in many ways responsible for what became a life’s work. I said yes without reading any of the texts, which numbered two at the time. Since then their number has grown to seven, the last of which I expect to complete this year, eight years after that initial phone call.

I began translating in the abstract, with a naive, youthful idealism. Fifty years later, translating is extremely personal. I’m close to many living authors, some who live in emigration but some who remain in Russia and whose fate worries me all the time. The large picture is still unclear but clearly ominous. Publishing Russian literature in translation has suddenly become extremely problematic, and for the next generation, possibly, impossible.

When I first read Brisbane, before this war, I could simply love it as a work of literature.  That seems like a long time ago. 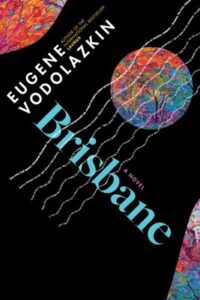 Brisbane by Eugene Vodolazkin, translated by Marian Schwartz is available from Plough.

Marian Schwartz has translated Russian classics such as Anna Karenina and Oblomov as well as contemporary fiction and nonfiction, including such authors as Mikhail Shishkin, Olga Slavnikova, and Leonid Yuzefovich. She is the recipient of numerous honors, including two NEA Translation Fellowships, the 2014 Read Russia Prize for Contemporary Literature, and the 2018 Linda Gaboriau Award for Translation awarded by the Banff Centre for Arts and Creativity, and is a past president of the American Literary Translators Association. Her latest published translations are Aleksandr Solzhenitsyn’s March 1917: The Red Wheel, Node III, Book 3 (University of Notre Dame Press) and Nina Berberova’s first novel, The Last and the First (Pushkin Press).

What Kind of Bookstore Browser Are You? 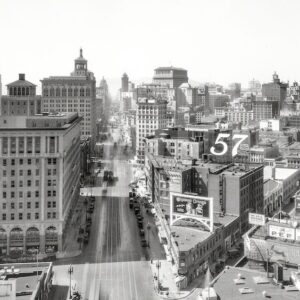