Also on Lit Hub: “The writer in me wanted to get it all down”: on First Draft, Katie Arnold on writing about loss • Jennifer Croft, Angie Cruz, and more take the Lit Hub Questionnaire • In honor of Margaret Atwood Day, some photos of the author through the years • Read an excerpt of Petina Gappah’s new novel, Out of Darkness, Shining Light. 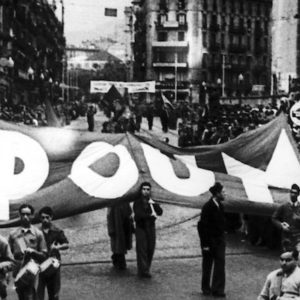 When George Orwell returned to Barcelona for the third time, on June 20th, 1937, he discovered that the Spanish secret police...
© LitHub
Back to top