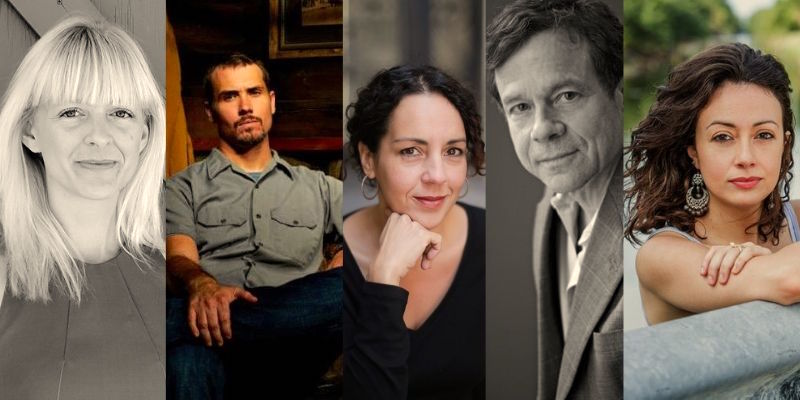 Jennine Capó Crucet (My Time Among the Whites: Notes from an Unfinished Education)

Jennine Capó Crucet: It—it—flames. Flames . . . on the side of my face . . . breathing—breath—heaving breaths. (But other than that one, no other references to Clue the Movie.)

Angie Cruz: A teenage girl surviving and thriving in a new country against terrible odds.

Alan Lightman: Spending large amounts of time in Cambodia over a 15-year period,

listening to the stories, witnessing extreme poverty, experiencing the food and music and rhythms of Southeast Asia. Witnessing the strength of young women in difficult circumstances. Living life. Of course, many books have influenced me, in terms of ideas, craft, artistry, stories.

Brian Allen Carr: Being a father. A few kids I hope are doing well. A corroded system. The simplicity, seductiveness, and prevalence of causal chains in the American consciousness. Texas. Indiana. Weather. Chef Dina Altieri.

Jennine Capó Crucet: Old friends and new friends and all the conversations we’ve had since the 2016 election. And all the places I’ve given talks or speeches around the country since then, too. And Disney World. And moving to Nebraska from Florida. And my partner’s sincere and urgent encouragement. And my parents, and their parents, and the death of Fidel Castro. And the rise of Donald Trump. Rage and fear and whatever might come from those two responses.

Angie Cruz: My mother who immigrated to New York from the Dominican Republic. Kitchen poets. The view outside of my mother’s living room window. The assassination of Malcom X. Telenovelas. Dominican shenanigans.

Jennifer Croft: All the women I have translated have been a big influence on this book and will no doubt influence everything else I will ever write. The same is true of my little sister’s truly brilliant sense of humor and preternatural linguistic gifts.

Jennifer Croft: Was just about to be broken up with by my therapist in Buenos Aires, Argentina.

Jennine Capó Crucet: Many cross-country flights, many hard questions from first-year college students where I refused to lie to them. A hard estrangement from the people who’d always held on to my heart. Buying a house on my own. Losing a mentor long before her time. Revisiting old loves before they were demolished. Trying to figure out how to live inside this body. Trying to (re)define what it means to call myself Cuban and American.

Brian Allen Carr: I wasn’t feeling well, but I was sober. I was in an old house with coal-burning fire places, and I was making a new place into a new home. I think it was snowing a bunch. My daughters were really into shadow puppets. Shit, I used complete sentences.

Jennine Capó Crucet: Fierce (though, I mean, I get it).

Brian Allen Carr: I currently sell Kias for Ray Skillman in Indianapolis. It’s pretty dope. I think we all care way too much about careers. Look at me, LitHub Reader: you aren’t your job. You are a beautiful creation, birthed slowly by the universe, distilled—over the course of the existence of all creation—from the same poetry that paints the skies with rainbows, the same poison that slowed Socrates’ heart to a still. If, during your conscious existence, you spend great swaths of time occupying yourself with some profession, or if you malinger, you are still the same substance. (Essentially a process that is part sunshine and part shithole—the parts so varied and minute that we can barely ((as a species)) keep up with the naming of them). Wait . . . I hope whatever I do, I am present and positive for my family. That’s the trick of life though: balancing what you must do with what you want to do.

Angie Cruz: A chiropractor. Would love to know how to adjust folks.

Alan Lightman: Theoretical physics. In fact, that was my career before I became a full-time writer.

Jennifer Croft: I’ve spent my whole life studying literature—in addition to being a translator, I have a PhD in Comparative Literature—and have paid less attention to life than I maybe should have. I’d like to be better at life. Albeit only to make more vibrant literature.

Alan Lightman: I believe I am best at creating scenes and stories, and ideas. I would like to be better at creating good characters and good dialogue.

Jennine Capó Crucet: I think voice and dialogue are my strong suit, and when it comes to fiction, I’ve never struggled with plot, though I wish I were better at playing with/taking risks with structure.

Angie Cruz: Maybe I’ve mastered mistranslations, disorderly sentences, and code switching? I’d like to unlearn or undo everything I now know about how fiction works from all those years I’ve been teaching, so I can be more wild in my work.

Alan Lightman: No one is obligated to read anything I write. Writing is a means of sharing ideas and one’s imagination. I take from other people the ideas and creative output I want, and they can do the same with mine. No hubris involved.

Jennifer Croft: Through translation! I have been helping other people tell their stories for a long time. It’s my turn. Even if what I have to say doesn’t help anybody else (although I certainly hope it will), it’s helped me to say it.

Jennine Capó Crucet: When I reread what I write and am impressed enough by it for long enough to forget I wrote it, it falls away for a little while. That, and I’ve kept or printed out every kind note I’ve ever gotten from a reader or a student, and I read them over often, for the courage they give me, and to remember we are all in this together.

Angie Cruz: “If you find a book you really want to read but it hasn’t been written yet, then you must write it.” R.I.P Toni Morrison. 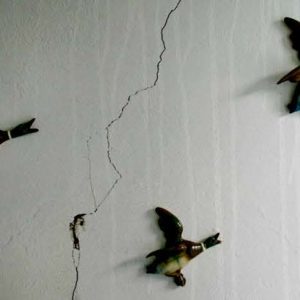 These are a few of my favorite things: Fiction in translation, award-listed novels, and sharing books with readers. I’m...
© LitHub
Back to top