Also on Lit Hub: On Reading Women, Tina Kover talks building a career as a translator • Chris L. Terry on writing post-parenthood, on Otherppl • On the dangerous temptations of political contempt • Journalist Peter Hessler on moving to Egypt just before the revolution • Read from Colette Fellous’ first novel in English, This Tilting World (trans. Sophie Lewis).

On the Politics of Italics

A robot read 3.5 million books to find we describe women by appearance, and men by virtue. 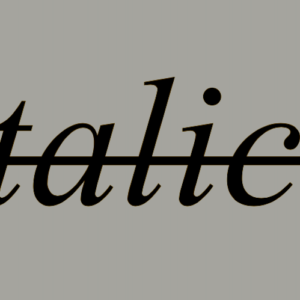 On the Politics of Italics

I. I want to write about the politics of italicizing non-English words, so I will start by introducing myself as a bilingual...
© LitHub
Back to top