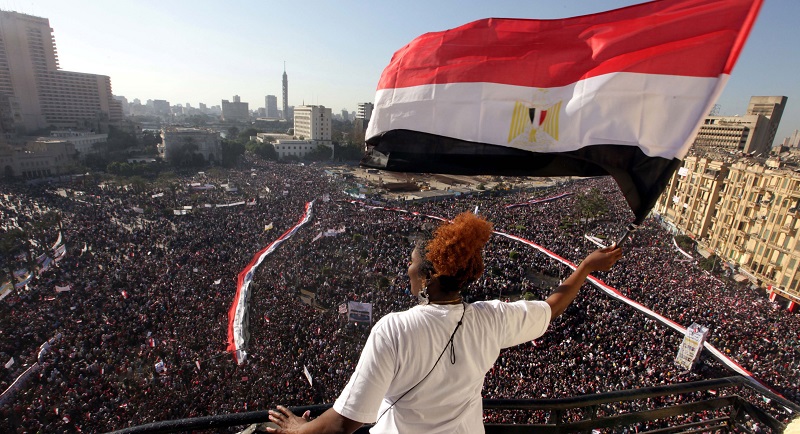 Journalist Peter Hessler on Moving to Egypt After the Revolution

The Author of The Buried in Conversation with Dylan Foley

After reporting from China for more than a decade, in 2007 the New Yorker writer Peter Hessler decided to leave, wanting new challenges. Hessler and his partner Leslie Chang, then a Wall Street Journal reporter, finally decided on Egypt, a sleepy dictatorship under Hosni Mubarak. The couple wound up having twin daughters in 2010, then the Egyptian revolution broke out in January 2011 and a popular revolt deposed Mubarak. Despite the likely instability in Egypt, Hessler and Chang continued with their plans, bringing their 17-month-old daughters to Cairo that fall. They immersed themselves in Arabic classes and started covering Egypt.

Hessler reported on the violent demonstrations and police shootings in Tahrir Square, not far from their safe Cairo neighborhood. He witnessed the rise of the Muslim Brotherhood and the election of their President Mohamed Morsi in 2012 and the military coup led by General Abdel al-Sisi that deposed him the next year.

In addition to covering political violence, Hessler spent several years going to the desert to explore archaeological digs and discovering murder, coups and unrest among the pharaohs. The past, Hessler discovered, is not far from the present in Egypt.

Hessler’s newest book, The Buried: An Archaeology of the Egyptian Revolution is a mesmerizing and nuanced look at Egypt’s tumultuous present and the everyday lives of its citizens.

Hessler, 50, is the author of 4 earlier books, including Country Driving. He was the recipient of a MacArthur “genius” grant in 2011. I spoke with Peter Hessler by telephone from his home in Colorado.

Dylan Foley:  What motivated you and Leslie Chang to leave China for Egypt?

Peter Hessler: For me, I had finished the research on my third book on China. Each book had its own focus and I was closing a series of books that covered a decade. It seemed like a natural point of transition.

I was also concerned about just being a China writer for a lot of reasons. One is the way my editors might see me or how I might see myself. You start to think that maybe you can’t write about anything else.

More importantly, Leslie and I of us felt that we’d like to learn new skills, experience a new place and a new language. We started thinking about the Middle East. It had to be a country important enough that I could contribute stories to the New Yorker on a regular basis. We wanted a place that had a strong sense of history and a rich language. We considered Damascus and Cairo. By 2011, Damascus was too repressive for American journalists to work in.

DF: You, Leslie, and your toddler twin girls moved to Cairo months after the 2011 Egyptian revolution.  What were the conditions like?

PH: Home life was difficult because of the shortages, like electricity. Tahrir Square was a 30-minute walk from our house, but it didn’t feel unsafe in our neighborhood, basically ever. Sometimes the girls’ school would be cancelled because the tear gas drifted over. Our family members were not pleased that we had brought the twins to Egypt, but I think that children are quite flexible.

DF: You have three guides to life in Cairo and Egypt—an illiterate garbageman, your closeted gay translator and a bitter nostalgic Arabic teacher. Sayyid the garbageman was a charming striver with deep social connections and insights. How did your relationship start?

PH: I met Sayyid very early in our arrival in the neighborhood. He was picking up the garbage and would return things you threw out by mistake. He found things he wanted people to interpret. He brought me some Chinese sex pills, to read the instructions. He’d found out I’d lived in China. I knew he could tell me a lot about the neighborhood. He was funny, lively and a natural person you’d want to hang out with.

In Egypt, the unstructured authoritarianism is a lot more sloppy. Maybe the cop who stops you will let you off with a 40-cent bribe, or maybe he’ll beat you to death.

My translator Manu wasn’t originally part of the book, but I realized his story said a lot to say about Egypt and gender. In some ways, the culture was open to him as a gay man. The flip side was that the chance for problems with police were terrifying. It was not sustainable. He was also at risk for harassment because he was doing research for foreign journalists. He had to leave the country in the end.

DF: After the revolution, the Muslim Brotherhood was voted into power after 80 years underground, with Mohamed Morsi as president. They were very unpopular. What was your experience interviewing their leaders?

PH: I was wary of them. I could never get an answer to what political Islam was. “Everything is in the Koran,” they’d say. I could tell very early on that they were dishonest with me. As things went on, it was clear that they were incompetent, they were paranoid, which was no surprise, knowing their history. After Morsi pushed through his first constitution, the people in the military realized they would have to make preparations to remove this guy.

DF: You alternated between covering the violent demonstrations in Cairo to going to see 5000-year-old tombs of the pharaohs in the Egyptian countryside. Why?

PH: The landscapes were really beautiful. It did teach me a lot politically. We think everything is more sophisticated and modernized now, but the old pharaohs did the same things that General al-Sisi is doing now. There are patterns that occur and you can trace the same human instincts. The same basic, primitive urges remain true.

DF: The Egyptian military had their coup in 2013 and they committed the horrific massacre of 1,000 Muslim Brotherhood demonstrators. In Egypt, the democratic hopes of the Arab Spring died when the military was restored. What was the change in the last three years of your stay?

PH: As the years went on, I felt that the reporting was dangerous. I got hurt at a protest and that was the end of mass events for me. There was also something incredibly damaging about the ritual of public violence. Even after four years of demonstrations, the police were not trained in crowd dispersal. They were shooting into masses of people.

DF:  At one point you compare the authoritarian states of China and Egypt. How?

PH: In Egypt, the unstructured authoritarianism is a lot more sloppy. Maybe the cop who stops you will let you off with a 40-cent bribe, or maybe he’ll beat you to death. By the end of my stay, I found myself afraid of things I couldn’t control.

You don’t want to give the Chinese credit for running a good authoritarian state, but it was more livable, more functional and less frightening.

DF: The week-long torture, then murder by Egyptian authorities of the Italian graduate student Giulio Regeni in 2016 was shocking. How did this affect you?

PH: It was very sobering. There was no reason to do this to Regeni. He wasn’t researching anything tricky like the Islamists, just labor issues. Somebody picked him up and went off on a tangent. He was tortured for days. After his murder, Leslie and I made a decision to set a date for leaving.

DF: General al-Sisi won the presidency with 95 percent of the vote, consolidated his power and has changed the laws so he can stay in office until 2038. Hundreds of dissidents have disappeared and there are 40,000 political prisoners. What was the Egyptian response to al-Sisi?

PH: It’s crazy.  At Morsi’s trial for treason, I met a sophisticated human rights lawyer who didn’t think al-Sisi would run for office. Others thought he would step aside after two terms. Incredibly sharp people didn’t see this coming.

DF: What are you and Leslie Chang going to do next?

PH: We are moving back to China in August. We wanted to be in Egypt for five years, then to go back to Colorado to finish our book projects. The girls are nine now and we want them to learn Chinese. We are going to Chengdu in southwest China, near where I served in the Peace Corps. We are doing the visas now.

A Reading Series That Challenges Calls for 'Civility' 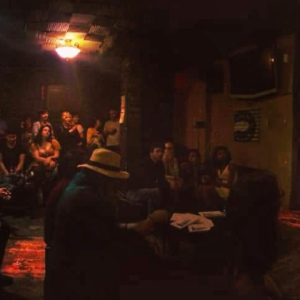 A Reading Series That Challenges Calls for 'Civility'

Anger has always been a catalyst to my productivity. Dissatisfied and enraged for those treated unfairly by the political...
© LitHub
Back to top