A robot read 3.5 million books to find we describe women by appearance, and men by virtue.

Researchers have used machine-learning (a reading robot!) to read 3.5 million books published between 1900 and 2008, and tally all the adjectives used to describe men and women. Not surprisingly, women in books are beautiful and men are true-hearted! Yup, when positively described, women (or other traditionally gender-specific female nouns, like stewardess or daughter) are almost always considered at the physical level, whereas men are generally described according to their inherent virtue. Here are the 11 most common adjectives, male and female, positive and negative. To my knowledge, I have never been described as either just or unsuitable. (TO MY KNOWLEDGE.) 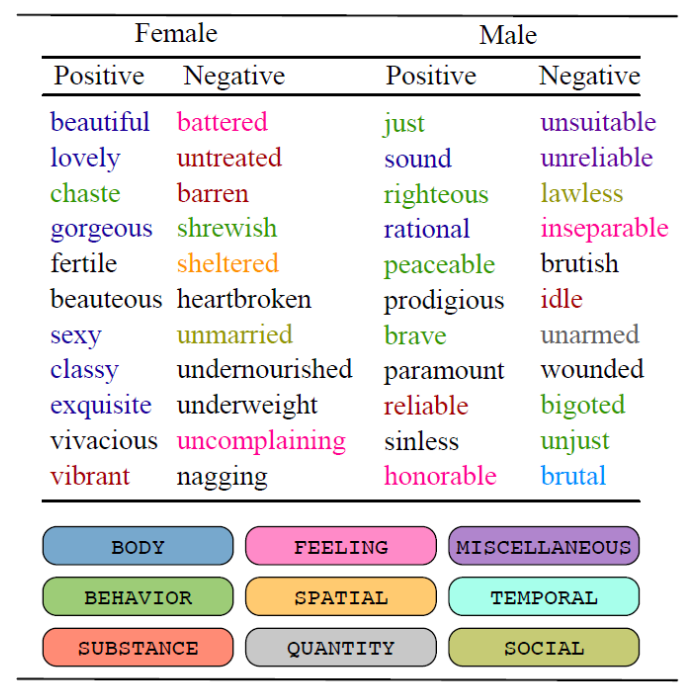 Computer scientist and assistant professor Isabelle Augenstein (who is definitely “smart”) of the University of Copenhagen’s computer science department says, “We are clearly able to see that the words used for women refer much more to their appearances than the words used to describe men. Thus, we have been able to confirm a widespread perception, only now at a statistical level.”