The Urgency of Queer Stories in Contemporary German Fiction

I’m thrilled to be the curator for this year’s Festival Neue Literatur, the only US festival to showcase fiction originally written in German, happening in Manhattan and Brooklyn (starting tomorrow!) from March 2 to 5.

The Festival Neue Literatur, which is in its eighth year, brings six emerging and established writers from Germany, Austria and Switzerland to New York City, where they join two US writers in a four-day series of readings and conversations. Our theme this year is “Queer as Volk.” As queer people face a dangerous political climate both in the United States and in Europe, stories about the LGBTQ community become all the more critical. As do the questions: How do queer stories reach readers in a time of rising reactionaryism? And to what extent does gay writing have a duty to be subversive or political? The six works of fiction by the German-language writers featured at the Festival showcase a broad variety of LGBTQ experiences. Joyous, heartwrenching, radical, sexual, and urgent, these books are remarkable both for their emotional acuity and literary excellence:

Antje Rávic Strubel’s Into the Woods of the Human Heart is a novel that moves from Scandinavia to California, and elsewhere, following a constellation of people with different sexualities and gender identities, linked to each other in ways both apparent and surprising.

READ AN EXCERPT FROM INTO THE WOODS OF THE HUMAN HEART

Jürgen Bauer’s The Window to the World, a captivating story of friendship between a man who is distraught after breaking up with his boyfriend and an 80-year-old acquaintance, explores ideas of grief, aging, and how to live a good life.

READ AN EXCERPT FROM THE WINDOW TO THE WORLD

Zora del Buono’s The Gotthard Tunnel, a novel set on the building site of the world’s longest and deepest traffic tunnel, featuring a female lorry driver obsessively in love with a Brazilian prostitute, explores issues of class and gender in this unfamiliar part of Switzerland.

READ AN EXCERPT FROM THE GOTTHARD TUNNEL

Fabian Hischmann’s In the End We’ll Chuck Gold Around is a queer Bildungsroman that follows a neurotic twentysomething, Max, whose sexuality is still rather undefined and who will be forced to look adulthood in the face over the course of the summer.

Simon Froehling’s Long Days of Night paints a vivid picture of the vibrant gay scene in Zürich and shows a couple who meet and hook up casually, not realizing that they will soon be thrown together after one of the men tests positive for HIV.

READ AN EXCERPT FROM LONG DAYS OF NIGHT

Marlen Schachinger’s ¡LIVE!, a formally innovative “faction novel” exploring questions of memory and way, focusing on two lesbian women, one a young immigrant to Vienna from Sarajevo who is a documentary filmmaker, and her elderly friend, a survivor of the Nazi period.

READ AN EXCERPT FROM ¡LIVE!

We’re thrilled to be featuring two fantastic US authors at the festival: Francine Prose and her novel Lovers at the Chameleon Club, Paris 1932, a brilliant novel centered around a club that is a safe haven for queer people in a hostile world, and Darryl Pinckney and his novel Black Deutschland, which takes its cue from Christopher Isherwood’s seminal Berlin Stories to explore the life of another American abroad there, in the 1980s.

We also have a fantastic lineup for our event “Translation at the Margins” at 12pm on Saturday March 4 at the Bowery Poetry Club (308 Bowery) including Tess Lewis, John Keene, Rivka Galchen, Susan Bernofsky, Valeria Luiselli, John Freeman, Sara Khalili, and Michel S. Moushabeck.

It’s a joy and privilege to be showcasing the writers for this year’s festival and I know that our discussions will feel very timely. As Jeanette Winterson once said: “I believe in communication; books communicate ideas and make bridges between people.” In these tumultuous political times, the importance of literature to dignify and to provide a lens into the experiences of others has never been clearer. Through literature, we can learn from the past and can avoid making its mistakes anew, we can see our own lives depicted and feel empowered to claim our rightful place in society.

For the entire free program and to reserve seats, click here. Two panels to highlight that tie most directly into the current political climate are:

Saturday, March 4, 6pm, Powerhouse, 28 Adams Street, Brooklyn
“Born This Way: Writing the Personal” examines the role LGBTQ writers must play in bringing stories from their community or inspired by their own lives to a straight audience. German-language writers Zora del Buono, Antje Rávic Strubel, and Jürgen Bauer; Whiting Award-winning author of Black Deutschland, Darryl Pinckney; and fiction editor of The Offing Magazine, Geoff Mak, who will be moderating, will delve into the burdens and responsibilities LGBTQ writers feel “For me being queer always felt right, I never had problems with it, not in my family nor in friendships or professional contexts (I know I was very lucky),” said del Buono. “It is my goal that all people can live their lives as undisturbed and open as I can. That’s why in my books queerness is always a topic.”

Sunday, March 5, 6pm, McNally Jackson, 52 Prince Street, Manhattan
“Silence Is Violence: LGBTQ Writing in A Fracturing Political Climate” will be moderated by William Johnson of Lambda Literary and featuring German-language writers Marlen Schachinger, Simon Froehling, Fabian Hischmann, and award-winning American novelist Francine Prose. This discussion will center on the intersection between LGBTQ writing and politics, to class and race identity, to gay persecution both historical and contemporary, exploring what it means to be a sexual minority in today’s political climate, and HIV/AIDS activism and awareness both then and now. “My generation and the ones below never really experienced the AIDS crisis; most of us don’t have friends who died from AIDS; the images of AIDS were never omnipresent in our lives; we know little about survivor’s guilt,” said Froehling. “My novel plays in a time when full-blown AIDS has disappeared from our society. What remains is HIV, which, at least in the Western world, has become a ‘manageable chronic illness,’ as the doctor in my book puts it—manageable with no more than a large blue pill per day, in most cases. That is not only a good thing. It brings with itself other dangers.”

Peter Blackstock is a senior editor at Grove Atlantic in New York. His list includes fiction, nonfiction, and drama, with a focus on international writing and books in translation. 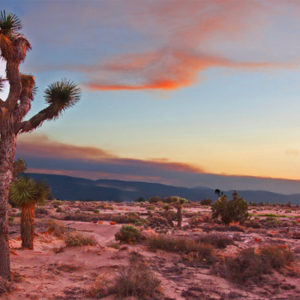 Antje Rávic Strubel will be appearing as a featured writer at The Festival Neue Literatur, March 2-5. The following is translated...
© LitHub
Back to top