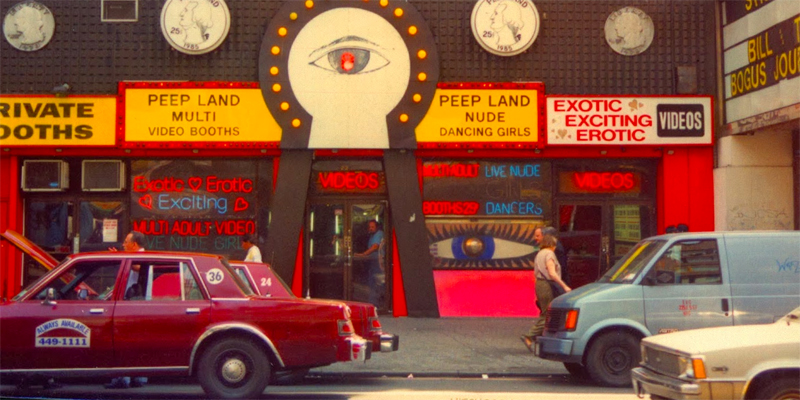 Jürgen Bauer will be appearing as a featured writer at The Festival Neue Literatur, March 2-5. The following excerpt was translated by Marshall Yarborough.

After such a long time, it felt wrong to be here again. Michael opened the door and stepped through the heavy black curtain. There were a few other men standing in the front room. He looked around and then went straight to the counter, paid the cover and received a plastic bag. Not much was happening in the changing area, a small room with a few benches. He hadn’t been here in the last few years, and even before then he’d come only rarely. He’d take the tram, grab a seat—most of the time the trip took longer than the time he spent inside. Whatever he might have been able to find here had been easier to get through other means. He was amazed at how a place which in its very function promised arousal could have a front room with such an unspectacular, almost stuffy feel to it. You felt like you were waiting in line to buy movie tickets. Michael took off his clothes: shoes, jacket, sweater, jeans, T-shirt, underwear—the only things he left on were his socks. Then he stuffed everything into the plastic bag and put on his tall boots, the kind that were so popular here. For a moment he paused, glanced down at himself and wondered: would he be cold? No, they were mindful of the temperature here—their courtesy had to extend that far at least.

Naked, he walked over to the changing area. The boy there forced a smile, took Michael’s clothes, took them into a separate room and came back with a number that he put in Michael’s hand. Did it mean something that the boy barely glanced at him? He was still good looking, wasn’t he? He was unnerved, but forced himself not to think any more about it, just said thanks and went through the door into the bar.

Inside, several of the men were already cozied up together in semi-private booths. Others—the less attractive ones, Michael noted—leaned against the bar or sat on barstools and drank beer. Michael had almost forgotten how ridiculous it looked for grown men to be lined up naked one next to the other, acting as if it were the most natural thing in the world that other men were having sex all around them. He liked this stuffiness, this boredom. What did other people think went on here? he wondered. Everyone was naked, of course, and naturally most of them were looking for sex. But that didn’t make the scene any more exciting than your local bar just before closing time. The two men enjoying themselves right there at the bar weren’t even graced with a glance from the others. Was it jealousy? It probably had to do with the fact that the men didn’t make for a particularly tantalizing sight. One of them had set his half-drunk beer on the bar and took a sip from it every now and then. Michael had always been put off by the fact that the ugliest men here got the most sex, just as a matter of course, either because they didn’t overthink things, or because they didn’t care and just took what they wanted.

Michael walked past the bar—he hadn’t come here for a beer. On the other side of the room were stairs that led down to the lower level, and that’s where he wanted to go. A young man leaned against the railing sizing up everyone who walked past him on their way downstairs—presumably considering whom he should follow. That was really kind of cheating, but what was Michael supposed to say. He pushed past him, walked quickly down the stairs and moved the curtains aside. He gave his eyes a moment to adjust to the total darkness, then felt his way through the room and waited, in the dark, to be touched. Michael tried to picture how all this would look from an outside perspective. Perhaps like an act of desperation, a way of getting over his breakup with Ernst, a way of forgetting. It was just a few days ago that Michael had first come home to the apartment that Ernst had emptied while he’d been out. Or maybe what he was doing here seemed more like a sexual bacchanal, using bodily stimulation to drown out, at least for a little while, his profound feeling of loss. But in that case wouldn’t he start sobbing and call out Ernst’s name, hear it echo into nothingness off the bare black walls? It would be more dramatic to dash out of the club, naked, into the rain—though it wasn’t raining—and to stand there for a while, totally soaked, to peer up at the sky and burst into tears. A shame, then, that tears had always been tough for Michael. He couldn’t ever start sobbing on cue. 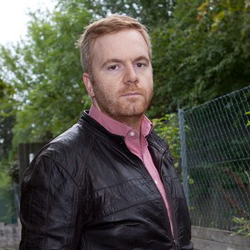 Born in 1981, Jürgen Bauer works as a writer and journalist in Vienna. He majored in theater studies and published his book No Escape, about the theatre director Barrie Kosky, in 2008. He was a participant in the New Writing program of the Burgtheater Vienna. In 2013, he published his first novel, Das Fenster zur Welt; his latest novel, Was wir fürchten, was published in 2015. He was a writer in residence at Literarisches Colloquium Berlin in the summer of 2015.

Jürgen Bauer will be participating in these events during the Festival Neue Literatur: 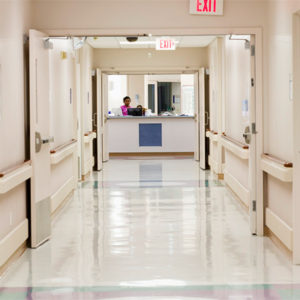 Marlen Schachinger will be appearing as a featured writer at The Festival Neue Literatur, March 2-5. The following excerpt...
© LitHub
Back to top
Loading Comments...