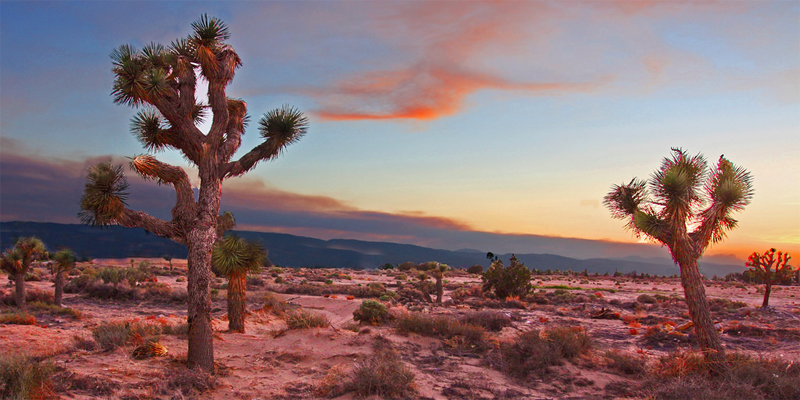 Antje Rávic Strubel will be appearing as a featured writer at The Festival Neue Literatur, March 2-5. The following is translated by Zaia Alexander.

Yellow rubble along the road. A sprawling wasteland, countless miles left behind in the four hours Faye had spent driving towards an ever-receding dusty horizon.

She arrived at noon. Heat surged into the car. The windshield, side mirrors, even the dashboard was coated in grease. The motel glistened in the sun.

When Faye had first heard that the desert came into bloom in early summer, she had imagined Technicolor flowers, shiny, rubbery, fleshy green leaves, lotus flowers, amaryllis, dark-eyed turnera, fire lilies, devil’s hair. A world of tropical plants had branded itself into her mind and, after countless previous attempts in which something always coincidentally seemed to get in the way, she had finally gotten into her blue vintage BMW and had driven east from Los Angeles.

She’d needed courage to take this trip into the desert. But she believed courage was nothing more than naiveté, and now was disappointed even though she hadn’t driven to the desert to see flowers. The mounds of rubble didn’t show the slightest semblance of green.

The ground was scorching. As soon as Faye got out of the car, the hot, hard sand burned the soles of her flip flops. She hurried into the shade of the motel. It was a U-shaped building with a massive DESERT INN sign in giant red letters and an AAA sticker in front. The seal of the auto club was like a sedative in this wasteland. Mechanics couldn’t prevent earthquakes, but in the event of any other disasters, help would be on the way.

Faye picked up her key at the reception desk. She carried her bag into one of the identical rooms facing the parking lot out front. Her BMW glistened in the heat.

She was waiting for Leigh.

A group of quad riders appeared on the dunes in the distance. Their chests were bare. They held the heavy 4 wheel machines between their legs and raced up and down the sand dunes. Faye sat on the edge of the bed and saw the quads plowing the desert, sometimes nearer and sometimes further away.

After an hour, Faye got tired of waiting. She grabbed the bucket from the bathroom and filled it with ice cubes from the vending machine under the awning. She wrapped the ice cubes in a towel and pressed it to her neck. The ice hurt and she thought about Leigh and their telephone conversation, and about his shapeless, oversized clothes, and that he was the only thing that had ever bothered her about Emily. Emily had deserved a wild, crazy and beautiful Leigh, someone elegant and attractive, respected, renowned, a completely different Leigh. Not this one.

“I’m gonna hang up,” Leigh had said on the phone, “if you keep dissing me.”

“If you can’t change something, stop trying.”

“Listen,” he’d said. “Her stubbornness was her greatest asset.”

“You still think I fucked her. You think I fooled around with her and then dumped her. But I forgive you. I forgive you, because you can’t help yourself. A trauma never surfaces as something painful.”

“You’re the expert on that,” Faye had said.

The melted ice had soaked her blouse. The heat bore down on the roof. She could see the quad riders through the window. They were nearer to her now. She saw them reach the crest of the final dune before the road, stand erect and thrust their pelvises forward. The vehicles tipped headlong, the engines howled as though the drivers were furious at the sand for only submitting to their weight temporarily. The swollen tires had left nothing behind but a fleeting tread mark. The riders’ bodies were tattooed. Sand, suntan oil and sweat coagulated into a shiny armor on their skin.

They pulled into the parking area in front. She saw that one of the riders was Leigh. She recognized him from his oversized shirt, his almost delicate physique, and felt relieved, but then caught herself. Leigh wore a helmet that didn’t suit his slim face. Everything he wore was too large. He was the only one who didn’t drive bare-chested. A woman sat behind him and blood rushed into Faye’s head. But it was not Emily.

The backlight made it appear as if Emily hovered like a mirage in the air. It would have never occurred to Emily to ride through the desert on a quad. She had great respect for the desert, for the ingenious hunting paths, accessible only with moccasins and meaningful only for their creators, the Chumash, the Diguenos, the Tongva. Paths that had long since been buried in sand, along with the artifacts of past existences, arrowheads, pottery, jewelry that had been pulverized, made invisible. Invisible but still present, as Emily said, there in the backlight, or as she would say, would have said, might have said, Faye thought, watching Leigh kiss the woman sitting behind him.

Emily had often retreated to the Mojave Desert to “shed her skin,” as she put it. Had put it, Faye thought. A thing of the past.

“The lighting out here is crazy,” Leigh said and took off the helmet. “Makes you lose your sense of reality.”

They stood next to the ice machine under the awning. Emily had always demanded that Faye share her enthusiasm for everything, but she couldn’t feel enthusiastic about Leigh, not even now. She had only seen him once before, and it wasn’t something she cared to repeat. Actually, she had never seen him properly, and now she forced herself to look him straight in the eye, while the woman standing next to him looked back at her, and Leigh smiled. She felt physically uncomfortable around him. His eyes were pale blue, the contours of his face indefinite. His skin looked as if it had been washed too often. The longer you looked at him, Faye thought, the more indistinct he seemed, and this was not due to the crazy lighting or the greasy sun, which was still high in the sky.

Born in Potsdam, Antje Rávic Strubel studied American and German literature and psychology at Potsdam University and New York University. An author and essayist, her novels include: In den Wäldern des menschlichen Herzens (S.Fischer 2016), Sturz der Tage in die Nacht (S.Fischer 2011), which was nominated for the German Book Prize, Kältere Schichten der Luft (S. Fischer, 2007), which was shortlisted for the Leipzig Book Fair Award and won the Herman Hesse Award and Rheingau Literature Award; Tupolew 134 (C.H. Beck, 2004), for which Strubel received the Marburg Literature Award and the Bremen Promotional Literature Award; Fremd Gehen: Ein Nachtstück (DTV, 2002) and Unter Schnee (DTV, 2001) which was translated into English under the title Snowed Under (Red Hen Press, 2008) and awarded with the Academy of Arts Award. She is the German translator of Joan Didion’s The Year of Magical Thinking (Claasen, 2006) and a compilation of essays entitled We Tell Ourselves Stories in Order to Live (Claasen, 2008) as well as Blue Nights (Claasen, 2010). She is also the German translator of Lucia Berlin’s Manual for Cleaning Women (Arche, 2015) and the upcoming second volume of her works (Arche, 2017). Her translation from Swedish of Karolina Ramqvist’s Vita Staden was published in 2016 (Ullstein).

Antje Rávic Strubel will be participating in these events during the Festival Neue Literatur:

The Urgency of Queer Stories in Contemporary German Fiction 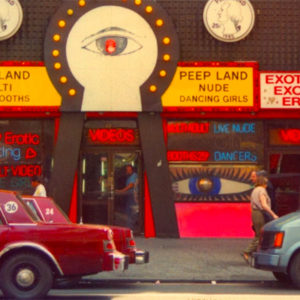 Jürgen Bauer will be appearing as a featured writer at The Festival Neue Literatur, March 2-5. The following excerpt was translated...
© LitHub
Back to top
Loading Comments...