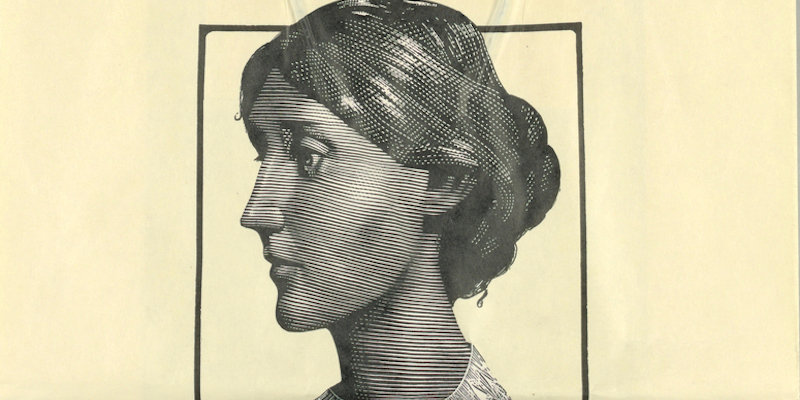 Today, on the 140th anniversary of Virginia Woolf’s birth, I have a moral obligation to speak my truth: with all due respect to my employer—whose own Joan Didion tote has been called iconic (by us)—the Virginia Woolf Barnes & Noble tote bag was the best literary tote bag.

Of course, like any opinion published by a millennial on the internet, this one is held together by almost entirely by nostalgia—as a child, the Woolf tote was the only book tote I knew. Though a reader, my mother was not ostentatious about her Book Person identity, and where we lived in the Chicago suburbs, Barnes & Noble was our local bookstore. And while Barnes & Noble has tumbled from “corporate rom-com villain” to “scrappily mismanaged Amazon alternative” in the public consciousness, I think it’s safe to say that at no point was it considered cool.

But that Virginia Woolf tote was—at least to me. I don’t remember when my mother bought the bag—in my memory it was always hanging on the newell post at the bottom of the stairs. I didn’t read any of Woolf’s books until college, but she was part of the scenery of my childhood.

The graphic—created by illustrator Mark Summers—is a scratchboard portrait. It’s vaguely cartoonish, but it maintains gravitas, maybe owning to the expression on Woolf’s face. It’s a caricature with dignity. According to Cooper Hewitt, which has a paper version in its collection, the bag dates to 1990. Virginia Woolf’s name is printed in the lower lefthand corner of the image, which appealed to me as a child who was always trying to pretend I knew things without having to ask. That name in the corner was my legend.

There were other illustrations—I remember Twain, and Poe with his raven—but Virginia Woolf was the icon. Like everyone who works adjacent to books, I now have many literary tote bags, filled with other literary tote bags, but for my money (okay, I did not pay for any of them), no one beats Virginia.