TODAY: In 1922, Bengali writer Kazi Nazrul Islam publishes the poem “Anandamoyeer Agamane” (“The Advent of the Delightful Mother”), in support of the Indian independence movement; he is arrested by the police of the Bengal Presidency and imprisoned on a charge of sedition for much of the following year, undertaking a hunger strike and composing many poems while in prison.

Also on Lit Hub: Keith Boykin on the lessons of history and the challenges ahead • A poem by Tongo Eisen-Martin • Read from Sofi Oksanen’s newly translated novel, Dog Park (tr. Owen Frederick Witesman)

Here's the official trailer for the film adaptation of Nella Larsen's Passing. 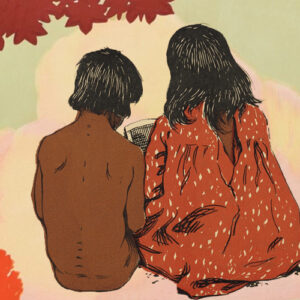 Every season that there are books, there are lists of what books you should read. And why not? Nature adores a list. (That's...
© LitHub
Back to top