Also on Literary Hub: Interview with a bookstore: Bank Square Books, founded by the “Three Witches” · How I met the poet of Portsmouth · The 33 ⅓ series: Kembrew McLeod on Blondie’s “Parallel Lines” 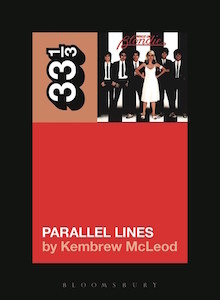 Parallel Lines’ first three singles—“Picture This,” “I’m Gonna Love You Too,” and “Hanging on the Telephone”—flopped...
© LitHub
Back to top