Also on Literary Hub: How to draw a dragon: on designing the cover for Lian Hearn’s The Tale of Shikanoko · Remembering the poets who fought for Irish independence · An alternate history: Y.T. by Alexei Nikitin, trans. Anne Marie Jackson 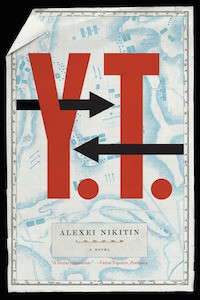 My e-mail address is istemi@ukr.net. Whenever I give it out over the telephone the other person is sure to ask ‘Is what?’...
© LitHub
Back to top