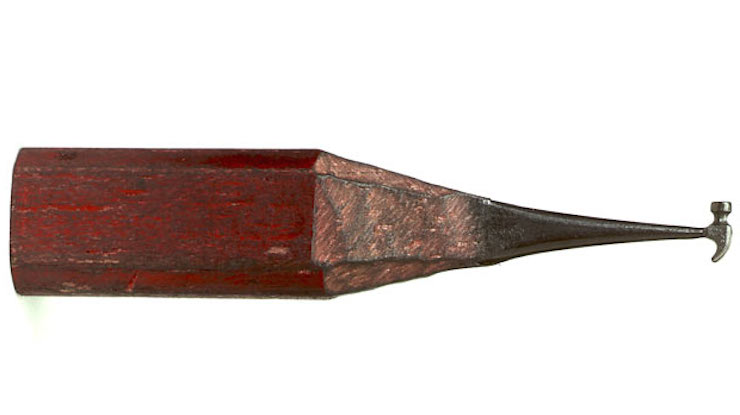 On Lessons Learned From a Long-Haired Soccer-Playing Cabinet Maker

When I turned 30, I took my first short story workshop. I was working in commercial banking, a career I fell into with indifference followed by inertia after graduating from college. I was also playing in a DC men’s soccer league on a team largely populated by Capitol Hill staffers and other professional types. We were a clean-cut group of guys, except Frank, our reckless goalie, who had a mane of wavy hair that fell to his shoulders. Soccer hair, we’d called it in high school. It turned out that Frank was a carpenter. His paying work was home renovations, but his passion was building cabinets, which he described the way artists described their work—with reverence for the process and awe and wonder for the finished piece.

Or writers. I was starting to hang out with them, at least in my evening short story workshop. Okay, maybe not real writers, but aspiring writers. We were mimicking our workshop instructor (who was a real writer), the way she’d discuss her work, the work of her published peers, and, yes, even our crappy stories.

Frank was a craftsman when it came to his cabinets. He designed them, built them, and finished them. Each piece was unique. I envied his focus and I envied his freedom, which, to me, was most apparent in his long hair and his ability to get away with it in a staid town like Washington, DC, in the early 1990s, the end of the George H.W. Bush Administration.

The spring soccer season ended, and we had a soccer-free summer. I continued to work at the bank, and I took another short story workshop and wrote new, crappy stories.

When the team reconvened in fall, Frank had cut his hair. He’d gotten a job. Nine-to-five. He was one of us. Why, we asked, money?

He assured us that wasn’t it; he could make a decent living in home renovations, but found the work too similar to his passion—building cabinets. Both required working with tools and wood. It had seemed a natural fit, a decent way to fund an artistic pursuit. But it didn’t work for Frank: after a full day on a job site his energy for cabinet making had been sapped. It occurred to me that the issue could have been partly physical—carpentry isn’t a sedentary occupation, after all—but that wasn’t the way Frank explained it. He’d been mentally exhausted, which impaired his ability to take up tools in his free time and work on things that mattered.

The analogous scenario, at least as it applies to me and my creative passion, is a writing/editing job. Depending on the employer or the client, such a job could be rewarding beyond the pay. But I never went there, partly because of my inertia, partly because my education and professional experience didn’t fit the requirements in the job postings, and partly because taking a writing/editing job, if I were able to get hired, would have meant a pay cut. But I also had Frank’s admonition in mind, and I wondered if writing eight hours a day would have hurt my ability to write creatively in my free time. I now know a few creative writers who work (or have worked) writing and editing jobs, and they say such fears are unfounded. In fact, one former editor talks about the kick she got from imposing order on others’ drafts and how such work energized her.

Despite my inertia, I eventually left commercial banking and landed at a federal agency—an insurance fund—that is often a significant creditor in corporate bankruptcies and restructurings. This new job provided new experiences: negotiations in conference rooms, hearings in courtrooms, and, once, testifying as a witness on the stand. In 2008 and 2009, I had close encounters with the implosion of the auto industry (and the rest of the US economy). Certain of the characters in my novel Ghosts of Bergen County work in private equity and investment banking, fields I’d know little about except for my work experience.

While having a day job may be sub-optimal for an artist, it’s often unavoidable. It may also be a boon, if the experiences associated with the job find their way into the creative work. It becomes one more life prong to balance—job, family, friends, recreational activities, creative work. Of course, creative writing itself is demanding. It requires time, energy, discipline, and a host of intangibles I’m not qualified to name. Success requires hours, days, weeks, months, and years alone with one’s thoughts. In between, though, is life experience, one of the basic fuels of the creative writer. Vagabond, activist, teacher, parent, caregiver, carpenter, suited-up-nine-to-fiver: all experience is valid.

Dana Cann's short stories have been published in The Sun, The Massachusetts Review, The Gettysburg Review, Fifth Wednesday Journal, The Florida Review, and Blackbird, among other journals. He has received fellowships from the Virginia Center for the Creative Arts and the Mid Atlantic Arts Foundation. Dana earned his M.A. in Writing from Johns Hopkins University. He lives in Bethesda, Maryland with his wife and their two teenage children. Dana teaches fiction workshops at The Writer’s Center. His novel, Ghosts of Bergen County, is out now from Tin House Books.

The Raft of the Medusa: A Cautionary Tale from Tom Stoppard 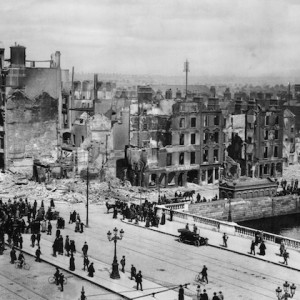 I write it out in a verse— MacDonagh and MacBride And Connolly and Pearse Now and in time to be, Wherever green is worn, Are...
© LitHub
Back to top