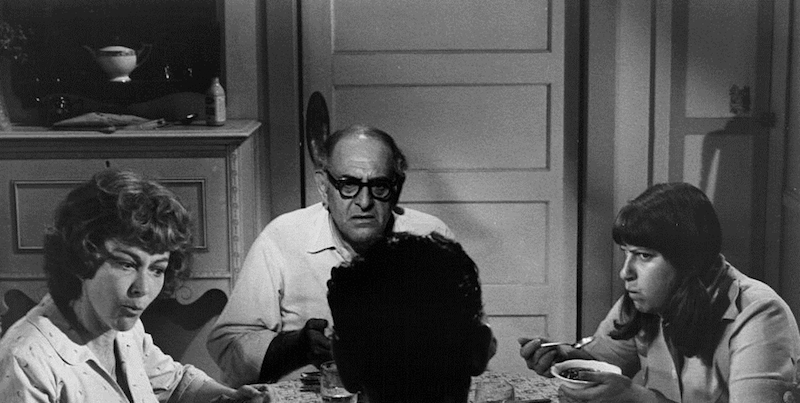 What It's Like to Grow Up With a "No Kvetching" Rule

My family was quiet. This is an unusual beginning to an essay by a Jewish person, but it’s true. My father, having grown up in a frantic home, a home where nobody left you alone, valued calm. My mother went along. Sometimes our family was so quiet that we didn’t know if the other members were even home. The landline would ring, and we would go looking for the person the call was for. “Mom? Mom? Is she here?”

My sister and I also weren’t allowed to complain, a rule that seems almost aggressively anti-Jewish. “No kvetching,” my father would say, if we spoke up that a hike was too long, or if we mentioned that we were bored, tired, or scared. Maybe scared was allowed. Unhappy wasn’t. In the year 2000, when my father was dying too young of cancer, he wrote a letter to me and my sister. The letter is loving (and heartbreaking), but there is one part that is pure family propaganda. “None of us are complainers,” he wrote. “We are good at life and know how to enjoy ourselves and others.” Was he trying to make sure we stayed positive even after he was gone? Was he scared that being unhappy meant that you had wasted your life?

Like every correction people try to make so their new family isn’t as crazy as their family of origin, my father’s plan had some cracks. I didn’t complain, but I cried a lot. I was tremendously talkative. I talked when I was anxious. I talked when I was happy. I talked all through dinner every night, and the other three, quiet, shy, or maybe hungry, let me. My sister now says that someone should have intervened. I don’t know if I was talking to fill the silence, which scared me, or if I was talking because I was hoping someone would respond, would talk back.

Later I made some friends, all Jewish girls, who talked constantly. We interrupted each other. Nobody ever apologized for interrupting. Often all four of us talked simultaneously. I went over to their houses, houses that finally seemed Jewish, where people screamed their thoughts, where your mother knew you had a math test the next day, and your father went along with your mother’s nagging. I found it comforting, the invasiveness. I didn’t want to be left alone.

Another way to avoid being alone was to read. My favorite young adult authors—Judy Blume, Norma Klein—were Jewish. They were chatty, pretending to be adolescents. They wrote about losing virginities and getting into college. I would eventually do both, but not in that order. The day I got into college, I was reading Portnoy’s Complaint. Here was a Jew who was more than chatty, here was a Jew monologuing, literally complaining for 274 pages about his very invasive parents. It was an epiphany, the narrator who wouldn’t shut up, who barely paused to take a breath. Whenever I re-read the book, I’m surprised there are chapters. Once, reading it for the fourth or fifth time on a winter vacation with an old boyfriend, I became so engrossed in Portnoy and the Monkey that I didn’t realize that a hat I’d left to dry on the radiator had started smoking. The whole cabin smelled like burning hat. My boyfriend, normally a very quiet man, yelled at me. I decided that I was tired of quiet men, men who kept everything inside until the house caught fire. I was tired of doing all the talking.

The problem was that many talkers, like Alexander Portnoy, were also crazy. After the quiet man, I dated a man who was so talkative that he barely needed any feedback. He would interrupt himself, circle back on earlier ideas, correct previous insights. I found it relaxing at first. I just listened. Then one day we had an argument about politics and he said, “I don’t really know you.” That was impossible, I thought. Everyone knew me. I overshared. I wrote about my sex life on the internet. How could my boyfriend not know me? I realized what everyone else must have seen all along, that compulsive talkers are lonely because they’re too excited about themselves. They want to share but they don’t shut up long enough for an exchange to take place, not a real one.

The act of writing is a desperate attempt to be known, not just by the people who know you, but by people you will never meet. A writing teacher I once had said that a writer’s success depended on “his willingness to inflict himself upon the world.” Sign me up, I thought. Inflicting myself on the world feels natural, like sitting around the dinner table when I was eight, rambling about eight-year-old things. It’s why most of my stories are written in first-person. Fiction seems like a continuation of what I would be saying anyway, except edited so that everything I say sounds exactly how I want it to sound. Nobody can interrupt. Nobody can talk back. Other characters talk, but I write their lines. They’re still an extension of me, of some dream I’ve had. Or so I like to think. Other times, I think that maybe I am channeling other people, like fiction writers who claim that they “get to know their characters.” Maybe I’m a conduit for the rest of my family, especially the ones who are gone.

Ironically, my most Jewish story is a story about the death of my father. The father is dead and suddenly there’s a rabbi instead, and Jews pushing sponge cake. The narrator’s house, usually quiet, becomes noisy because it’s filled with Shiva guests, regular Jews, Jews who don’t mind if they seem like a cultural stereotype. But the father speaks the last line of dialogue. He gets the last word. In other stories, the father character speaks a lot. He rages at the wrong people. He expresses strong opinions. The narrator listens. It turns out that a middle-aged Jewish man, even one who is fairly quiet, can’t hide all of his feelings from an observant child. My father, with his rules about what could and could not be said, sometimes seems as pushy as Mrs. Portnoy, as kvetchy as Alex. He probably was. I miss him.

Rebecca Schiff graduated from Columbia University’s MFA program, where she received a Henfield Prize. Her stories have appeared in n+1, Electric Literature, The American Reader, Fence, and Guernica. She lives in Brooklyn. Her novel The Bed Moved is out now from Knopf. 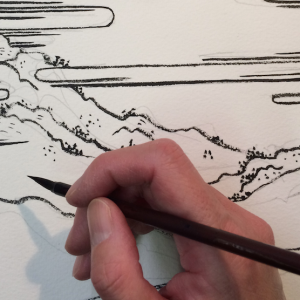 The Tale of Shikanoko is a four-volume epic set in the mythic, medieval Japan of Lian Hearn’s imagination. The first volume,...
© LitHub
Back to top