The fall of men has been greatly exaggerated: Rebecca Solnit on Brett Kavanaugh, Jian Ghomeshi, and who’s allowed to tell the story • “Can writing a book about cancer give you cancer? Apparently!” Shirley Barrett on being diagnosed with breast cancer after giving it to her protagonist • Aminatta Forna confronts the realities of walking in three different cities: London, Freetown, and New York • If Danez Smith’s introduction to Britteney Black Rose Kapri’s Black Queen Hoe doesn’t make you want to drop everything and read it, then our link must be dead • An African sci-fi reading list that proves the genre isn’t “rising”—it has risen • “Everything I leave behind me  is to be burned unread and to the last page.” How Max Brod really didn’t listen to Kafka • Designer Roman Muradov on the challenges of creating a cover for a forgotten modernist classic • Imani Perry delves into the art and influence of Lorraine Hansberry • A literary tour of the island where more books per capita are published than anywhere else in the world • “Indelible and unfinished.” Elizabeth Metzger on putting together Max Ritvo’s last collection of poetry • Our love of true stories has destroyed our sense of truth. Rebecca Wolff on Octavia Butler, digital emptiness, and the unreality of the end times •“Hit em harder!” Hell Week with a Pee Wee football team in Brownsville, Brooklyn, in the wake of Ferguson • Shane Bauer draws a straight line from Texas’s private prisons back to its slave plantations • How Daniel Torday’s bonkers writing process tricks him out of perpetual tinkering • The life, times, and unlikely transformation of former bourgeois Fascist Luce D’Eramo • From Shirley Jackson to Jamaica Kincaid, 10 famous writers who dropped out of school (or were kicked out) • On YA literature’s increasing focus on immigrant narratives in the wake of the Trump presidency • “This is what democracy looks like.” James Miller on Occupy Wall Street, the language of protest, and participatory democracy • “Female power was linked with sexuality and with deception”: Wednesday Martin on the original Jezebel • So many TV and film adaptations of books to judge this fall! (23, to be precise)

From Go Tell It on the Mountain to Just Above My Head, the first reviews of every James Baldwin novel • Beautiful Country Burn Again author Ben Fountain spoke to Jane Ciabattari about his five favorite books that explore American history • From A Tree Grows in Brooklyn to The Catcher in the Rye, the first reviews of the coming-of-age classics featured in the Great American Read on PBS • This week in Secrets of the Book Critics: Slaughterhouse 90210 author and critic Maris Kreizman on Lorrie Moore, multi-focus critics, and the dangers of Goodreads • Colm Tóibín onWashington Black, the lives and legacies of Lorraine Hansberry and Maeve Brennan, another James Frey flaying, and more Book Reviews You Need to Read This Week • New titles from Doris Kearns Goodwin, Carlos Ruiz Zafón, and J.K. Rowling’s alter ego all feature among our Best Reviewed Books of the Week

The Most anticipated crime books of Fall 2018: the CrimeReads editors look at 75 crime novels, mysteries, and thrillers still to come in 2018 •  Sarah Weinman looks at Vladimir Nabokov’s public disdain for (and private enjoyment of) mystery stories • 8 crime novels that use the “deception, dishonesty and downright fakery” of social media to ratchet up the tension • A spotlight on September’s best debut crime novels • Aya de Leon on dissecting the myths of the good and bad immigrant, and using crime fiction to counter xenophobia• From Dirk Gently’s Holistic Detective Agency to The City and the City, 9 crossover crime novels that demonstrate the vast possibilities of the genre • “The Friends of Eddie Coylemay not have been the first crime novel set in Boston, but it’s the first one that matters.” How George V. Higgins invented the Boston crime novel • Sara Gran on 6 crime novels that helped teach her how to write, and the lessons she learned from each • Mary Kubica and Gilly Macmillan, two crime writers at the top of their game, talk domestic suspense, psychological thrillers, and how to keep the pages turning • All the board books, picture books, and comics you’ll need to make sure your child grows into a mystery and crime fiction super fan • A crime reader’s guide to Eric Ambler: your perfect weekend excuse to go back and read A Coffin for Dimitrios, then watch the Peter Lorre adaptation 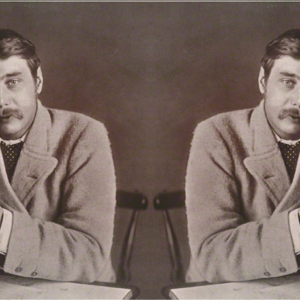 From Shirley Jackson to Jamaica Kincaid, 10 famous writers who dropped out of school (or were kicked out). | Lit Hub ...
© LitHub
Back to top