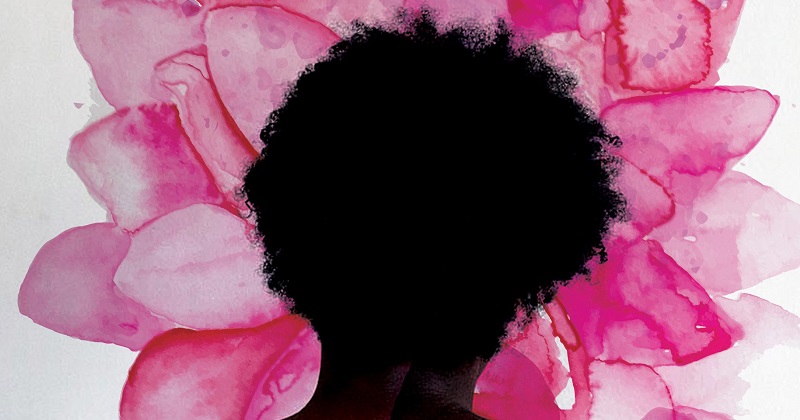 Danez Smith: “Oh I want to eat this poem.”

LOOK AT THIS FAT BITCH

marvel at me. take it all in.
make    me    famous.
ain’t no victim here. no shame.
just good lighting
and a fuckable face.

–from “the day my nudes leak”

It is my firm belief and chief recommendation that this book be read out loud in the back corner of the bus huddled up next to one or two of your best niggas; or in the living room, two on the couch and two on the floor, a blunt and a bag of something spicy being passed around; or in your room, alone, something mellow and hood turned all the way up, so loud it’s silence. Some of y’all won’t have access to some of those ways. This book isn’t for y’all and that’s okay.

Kapri maps a Black femme interior pastoral through poems alive somewhere between monologue and a confession. These highlight a link from the lyric of Lucille Clifton to the stand-up of Sommore as Kapri’s speaker slips from comic to storyteller to auntie to testifier. These poems locate themselves in rich Black femme oral traditions of dissing and telling the truth which span from porches to juke joints and main stages, reaching for Clifton’s imaginative vulnerability and June Jordan’s ferocity in the key of Mo’Nique.

These poems teach us about the belly laughs born out of wounds, interrogating and distrusting the same humor they embrace and defend with. The poem “Bitch” begins “i’m the last one catcalled / outta me and my Bitches,” gesturing toward a confession before swerving toward humor with “probably cause i got bitch / pheromones.” This poem, like many of Kapri’s poems, pivots so quickly through complex webs of tone, while patterns lure us into being disarmed. The poem bounces with repetition and litany, tools Kapri leans on often to build her poems that play well with her athletic ability to oscillate tone in a poem. The poem ends:

men love me until i’m that crazy
bitch. men don’t want me
calling myself a Bitch so they can.

on the wrong tongue queen and Bitch
sound the same.

Here, Kapri gestures back at the audience, sending any man excusing himself from this poem to examine his own mouth. Many of these poems talk back to several audiences: to men on Twitter, men on trains, people in the speaker’s bed, to white women, to family, to friends. The poet uses the address all through the collection both as an extension of love and an act of defense. Everyone gets called out or in, everyone gets shouted out or implicated.

Whatever the energy, it’s Kapri’s time to sound off. This collection is capital-B Black Girl (un)interrupted, unfiltered, sometimes a sermon and sometimes a secret. We move from the large-swath, big personality of Black femininity and queerness to more intimate and lyrical works like “of wanting” and “hidradenitis suppurativa pt. 1,” where the speaker’s skin condition and possible insecurity is offered as “a soft succulent. a little ugly cactus.” These moments reveal a voice underneath the voice, one more intimate and insular, stripped of the bravado and those notes of stand-up. These moments offer us lines that are quieter and a speaker who is less concerned with addressing anyone besides themself or an intimate you. Kapri also employs that gentler lyric in the lush “purple” where a purple-skinned character speaks:

but i hear them, hear them tell their friends i am
lavender instead of raisin. praise the lilac and periwinkle
children they forced into me. i see it, the slow erasure
of my fig, my mulberry. i hear them say plum plague, plum
magic, plum list, plum mail and i know that is not an accident.

Oh I want to eat this poem. How beautiful this pain is in Kapri’s hands. The surrealist nod of this poem echoes through the collection as forts made out of dicks and erotic poems for blenders; Kapri is just as sharp and tender when trying to make us laugh as when she’s trying to let us in. The generosity of this collection comes in how it holds something and how bare Kapri allows us to see her. I hate when white people describe a Black poet’s work as “raw,” but I wanna say very Blackly that this collection is raw, raw how we said it in 2003 and how niggas from Milwaukee say it today, raaaaw—bloody even when graceful, a foul-mouthed book of psalms.

Folks call work “unflinching” too. I don’t know if I vibe with that. I think I like work that flinches a little bit, work that addresses fear in a way that some label as fearlessness. To hell with fearlessness. These poems know fear and embrace it; their strength is drawn not from an attempt to vanquish fear but an attempt to understand the matrix of it, to learn to strive beside it. This brazen debut is good medicine and a needed shout in the world. Black Queer Hoe makes it clear Britteney Black Rose Kapri is a poet we must pay attention to, taking up the reins of many spoken word and literary ancestors and charging forward into poetics unafraid to be ratchet and bare. Welcome to this motherfucking book! Journey into these poems knowing that Kapri might take care of you but she also might cuss you out. Enter knowing damn well you might get told about yourself as the Black Queer Hoe sings her song.

Danez Smith is the author of Don’t Call Us Dead, winner of the Forward Prize for Best Collection and a finalist for the National Book Award, and [insert] boy, winner of the Kate Tufts Discovery Award. They live in Minneapolis. Their latest poetry collection, Homie , is available now from Graywolf.

Acting While Black in the Civil Rights Era

Don't Write a Book About Cancer, and Other Advice 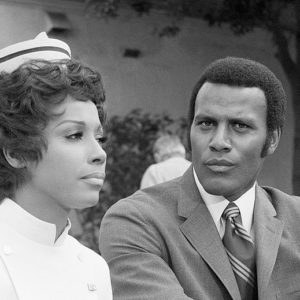 Acting While Black in the Civil Rights Era

I sincerely hope I shall always be a credit to my race and to the motion picture industry. –Hattie McDaniel, 1940 Although...
© LitHub
Back to top
Loading Comments...