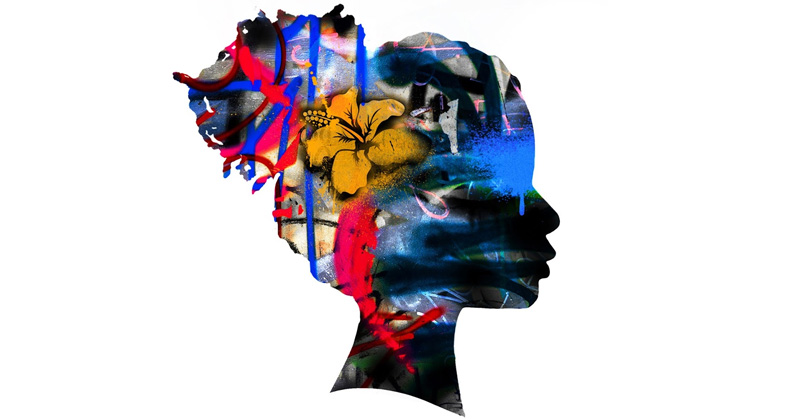 In the Wake of Trump, YA Novels Highlight Immigrant Narratives

In Praise of a Sorely Needed Addition to the Genre

In 2017, the year of Donald Trump’s inauguration, the year he banned immigrants from Muslim-majority countries, the year he threatened DACA, there was a verifiable wave in young adult literature featuring immigrants and first generation Americans. It has continued in 2018, alongside Trump’s anti-immigrant policies, with the publication of novels like Samira Ahmed’s Love, Hate, and Other Filters, Elizabeth Acevedo’s The Poet X, and Sandhya Menon’s From Twinkle, with Love.

Donald Trump’s 2016 campaign capitalized on anti-immigrant rhetoric, particularly building a wall between the United States and Mexico, repealing DACA, and increasing deportations. Some of these policy changes, particularly the end of DACA, the increased ICE presence, and the family separation policy (which was rolled back, though many children have still not been reunited with their parents) have already taken effect. Just as concerning has been the rise in white nationalist hate groups and islamaphobic and anti-immigrant hate crimes. According to the Southern Poverty Law Center, the number of anti-muslim organizations in the United States tripled in 2016 and the rate of anti-muslim hate crimes is at it’s highest since the period immediately following the September 11th attack.

Though deportations and anti-immigrant sentiment are not new phenomena in the United States, for teenagers born after the September 11th attacks and raised during Barack Obama’s presidency, the overt anti-immigrant rhetoric may feel unfamiliar. The stakes for both immigrant teenagers—and teenagers engaging with immigration policy for the first time—are incredibly high. The wave of young adult literature focused on immigrant narratives is both sorely needed and an act of resistance against the dehumanizing immigration policies of President Trump.

Some of these books, like The Sun is Also a Star by Nicola Yoon, a love story about a teenage girl set during the day she is to be deported, or Americanized: Rebel Without A Greencard, the story of an undocumented teenagers journey to getting a green card, are expressly political in their characterization of immigration reform. Others, like When Dimple Met Rishi and American Panda, focus on struggles with cultural gaps, parents, and budding (and often contentious) romance. These stories are equally important towards understanding that there is no one monolithic immigrant experience for teenage girls. Taken together, they demonstrate that varied immigration narratives are important, because immigrants are not just one thing. They experience deportation and Islamaphobia, mental illness and familial issues, teen romance and dilemmas about college, careers, and the future.

The novels discussed here focus on a mix of immigrants and first generation citizens. Their protagonists are Jamaican American, Haitian American, Chinese American, Iranian American, and Indian American. Some are struggling through poverty while others attend elite schools and struggle to live up to parental expectations.

These novels elevate the voices of real immigrant women as well, or women from immigrant families. Ibi Zoboi, author of American Street, immigrated from Haiti to New York at four years old. Erika Sanchez is not herself an immigrant, but the daughter of Mexican immigrants, which is reflected in the narrative of I Am Not Your Perfect Mexican Daughter. Nicola Yoon, author of The Sun is Also a Star and Everything Everything, is Jamaican American. While the stories in these novels are not autobiographical, they are closely linked to the experience of living in America as immigrants, daughters of immigrants, and women of color.

One thing they all have in common is the focus the specific experiences of teenage girls, the readership for much of Young Adult literature.

Like most media made for teenage girls, young adult novels are often discounted by fans of “serious” literature, though that is slowly changing. Not only do these books offer representation for teens of color, they expose teen girls writ large—their primary audience—to hotly contested issues regarding immigration.

Nicola Yoon’s The Sun is Also a Star and Ibi Zoboi’s American Street focus on the threat of deportation. The former takes place over the course of one day: the day of protagonist Natasha’s deportation and her love interest Daniel’s college interview. Natasha attempts to get her family’s deportation to Jamaica delayed, all while traversing New York City with the dorky Daniel, who she has met while on her way to her favorite record store. Of course, the immigration stories of both characters are set amidst an unlikely love story and adolescent-existential discussions about the universe. But the romance between Natasha and Daniel helps make the stakes of Natasha’s possible deportation clear to young readers: it would end or transform her education, relationship, friendships, and life as she knows it immediately.

Zoboi explores the effects of deportation on an entire family of immigrants in American Street. Fabiola immigrates to the United States from Haiti with her mother, but her mother is detained at the airport. She is instructed to continue on to Detroit to live with her aunt and cousins. As Fabiola adjusts to the American school system, worries about her cousin’s relationship with a drug dealer, and falls in love, she also agonizes over her incarcerated mother. Here, deportation isn’t the climax of the narrative, but something that weighs on the conscience of Fabiola and is present in every experience as she adjusts to life in America.

Though the stakes of deportation are especially important at a time when President Trump has increased immigration enforcement and the role of ICE, and promised to fade out DACA, it’s not the only way the particular struggles of immigrant families have been made evident in this recent wave of young adult literature. Erika Sanchez’s I Am Not Your Perfect Mexican Daughter and Sandhya Menon’s When Dimple Met Rishi both explore the expectations of immigrant parents from two very different perspectives. In Mexican Daughter, Sanchez depicts intergenerational family dynamics in a Mexican-American family alongside issues of bereavement and mental illness. Protagonist Julia’s ambitions—to move away to college, to become a writer—don’t fit within her parents expectations that she live close to home. Their disagreements intensify after her sister Olga, who had acted the part of the dutiful daughter, is suddenly killed. As she deals with her grief and explores her own interests, Julia comes to terms with her mental illness and her relationship with her immigrant mother.

In When Dimple Met Rishi, Dimple’s parents also have specific and demanding expectations of their daughter: they hope she will marry an Indian-American man, specifically in an arranged marriage. Dimple heads off to a camp for software development, her passion, though her parents, unbeknownst to her, have only let her attend because they set her up in an arranged marriage with another camper, Rishi. Dimple is unaware of her parents plan when she is approached by Rishi, who is excited to meet his future wife. Alongside their love story is an important exploration of tradition versus ambition and defying expectations.

Love, Hate, and Other Filters by Samira Ahmend, published this past January, features the only muslim protagonist of these novels. The book begins as a sort of trope-filled romance about strict parents, college decisions, and a “cool aunt” who secretly helps the main character get ready for dates. But after a terrorist attack of which Muslim Americans are falsely accused occurs, there is an increase in anti-Muslim sentiment, and the main character must suddenly confront hate crimes in addition to her quotidian teenage struggles. In the midst of all this, her incredibly strict parents attempt to keep her further sheltered for her safety. Especially for today’s teens, Love, Hate, and Other Filters demonstrates the perils of Islamophobia as hate crimes against muslims spike.

Unlike these other books, Americanized: Rebel Without a Green Card is a work of nonfiction: a young adult memoir by Sara Saedi, an undocumented Iranian immigrant who was brought to the United States at age two. The story follows Sara through her teenage years as she learns to drive, pursues her crush, and tries to obtain a green card. This book, more than anything, puts a human face on undocumented status. In some ways, Sara was “just” an American teenager, even though the intense anxiety she experienced over her legal status will be unfamiliar to many readers.

Sara’s relatable story allows young women a way to connect with her struggle to get her green card, but it also contests stereotypes about so-called “illegal immigrants”: that they are all from Mexico and Latin America (though many are), for one. As an Iranian immigrant, Sara explores some of the racism and other difficulties she faced growing up in America, as distinct from other immigrant groups. More than some of the novels, Saedi’s memoir is explicitly meant to inform teenagers, both undocumented and documented, about the process of immigrating to the United States. She gives an overview of the process, the many documents required, and the laws that made it possible for her to get her green card. She also offers words of encouragement to undocumented teens and young adults.

Despite their structural similarities, these books, taken together, show both the beauty and breadth of the immigrant experience. They argue that the lives of young immigrant women are not only political, but familial, romantic, and passionate.

And this is by no means a complete list. In just the last month other young adult novels with immigrant and first generation leads, like Glora Chao’s American Panda have been published, and the wave shows no sign of stopping. Young adult literature is giving voice to an increasingly political group of young people in the age of Trump. These stories show the diversity of immigrant experiences in the United States and the ways in which normative representations of immigration limit our understanding.

Young Adult Literature, in the era of #ourvoices, is increasingly diverse and increasingly political. YA protagonists dealing with issues ranging from incarceration to deportation to gentrification are perhaps not yet common, but books that tackle these issues are readily available for teenagers to read and consume. And in the last year, novels featuring the voices of immigrant and first generation American women have helped to define the genre.

Holly Genovese is a Ph.D student in American Studies at The University of Texas at Austin and contributing editor at Unsweetened Magazine. She is a contributor at Book Riot and a blogger for the US Society for Intellectual Historians. Her writing and criticism has been published in The Washington Post, The LA Review of Books, Teen Vogue, The Rumpus, The Chronicle of Higher Education, and Bustle Books. Follow her on twitter @hollyevanmarie.

On the Unlikely Transformation of a Young, Bourgeois Fascist 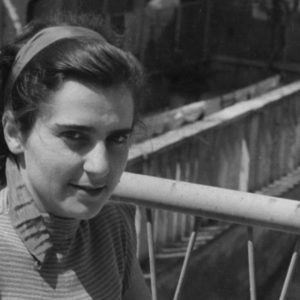 On the Unlikely Transformation of a Young, Bourgeois Fascist

The novel Deviation, by Luce D’Eramo, published by Mondadori in 1979 and reissued by Feltrinelli in 2012, is the story...
© LitHub
Back to top