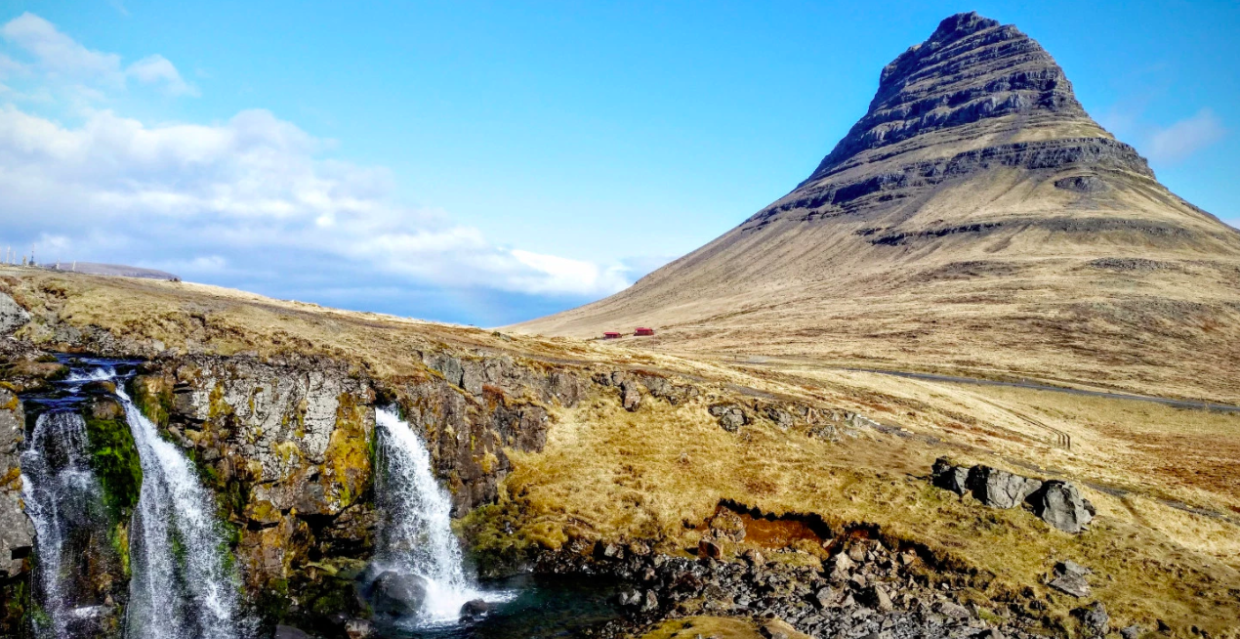 I was sitting in a busy cafe at lunchtime, waiting for my croque monsieur to arrive. It’s just a ham-and-cheese sandwich, but the dish has always held a mystique for me in the way that only French food can, even when it’s nothing more than French comfort food. I see croque monsieurs on menus from time to time in the US, but I never let myself order them in my home country, holding out for when I’m in Europe. And since I was now sitting in a cafe in what technically was Europe, I let myself indulge. My sandwich arrived, I bit into it, and it tasted absolutely delicious. And then after I’d devoured it, the bill came: $25.

It was June, and I’d just arrived from the Bay Area, where the weather had finally climbed out of the endless spring gloom, lavishing us with beautiful balmy days. But now I’d exchanged my sundresses and maxi skirts for a winter coat, sweaters, and scarves, hoping to cope with the low temperatures and the harsh winds. Upon arrival at Keflavk airport I’d picked up my trusty white Toyota Auris (it’s like a Camry for the European market), and now I was ready to explore this country that’s an outlier in so many ways—including its special literary culture, where more books are published per capita than anywhere else in the world.

First stop was the National Museum of Iceland, whose two floors give a brisk overview of the island’s entire history, from the first explorers to reach it in the 9th century to the advanced capitalistic nation that exists today. Among the Museum’s holdings is an early edition of The Book of Icelanders, one of the country’s oldest and most important tomes. In short it’s like the Book of Genesis for Iceland, setting down in spare and beautiful prose the many oral tales that tell of the men and women who originally settled the island. It includes such moments as the importation of laws from Norway, the settling of Greenland, and the conversion of Iceland to Christianity—pegged at the year 1000 (although likely actually happening in 999), it was the only time in history that a whole country had been converted en masse.

I was struck by this strange book, absolutely unlike anything in the US. A sort of grand unified history of the land, it made complete sense in a place where many people can trace their ancestry back to the very first inhabitants. I thought about the texts that we hold sacred—the Constitution, the Federalist Papers, possibly Mark Twain—and how they were of such a different character from this book. This was my first, but certainly not my last, engagement with Iceland’s remarkable historical literatures.

But before that, how about more contemporary writing? Reykjavik has, of course, been a font of inspiration for Icelandic authors of all kinds. For instance, you could try the quirky, offbeat Bragi Ólafsson (well-known nationally as Björk’s former bass player), whose bizarre novel The Pets involves a man who hides under his bed while friends break into his apartment and host a lavish party. Quirky, dark Iceland at its very best, it’s the first of three that Open Letter Books has released. There’s also the mega-popular fabulist Sjón, whose novel Moonstone involves a tale of obsession and cinema set against Iceland’s landmark year of 1918: Sjón threads together the destructive Katla volcanic eruption, the Spanish flu’s arrival to Reykjavik, and Iceland’s referendum over sovereignty into a strange historical fable. There is also The Fish Can Sing, a coming-of-age novel set on the outskirts of a modernizing Reykjavik by Iceland’s Nobel laureate, Halldór Laxness, plus the autobiographical trilogy by Reykjavik’s world famous former mayor, Jón Gnarr: The Indian, The Outlaw, and The Pirate.

After Reykjavik I headed north toward tiny Flatey Island, but first I stopped off at the town of Borgarnes, where they have a small but educational museum devoted to the settlement of Iceland. There I learned how the first arrivals discovered a paradisiacal, untouched land: unfathomably dense with vegetation, irrigated by thousands of extraordinarily beautiful rivers and streams that coursed down from Iceland’s many glaciers.

After the settlement history, the museum used somewhat hokey (though vivid and memorable) dioramas to help retell Egil’s saga, one of the best-known and most beautiful of Iceland’s foundational sagas. A little like Shakespeare’s histories, these age-old texts draw on landmark people and events to collectively mythologize the settlement of the island. They can be quite bloody and shocking and bizarre, and they’re also full of ages’ worth of accumulated political wisdom and human insight. Now recognized as one of the world’s landmark literary texts, as well as the origins of Iceland’s peculiarly literary culture, many of the sagas are available in excellent translations—during my trip I picked up Penguin Classics’ 800-page edition and found it absorbing and transformative. Everyone should read it.

“Sitting atop a steep hill, and feeling a little like a cloister, the Library was a tranquil, contemplative place that commanded spectacular views of the nearby harbor. It was not at all hard to see why it has attracted so many writers.”

Arriving in Flatey after a 90-minute ferry ride, I found myself in an idyllic place of lush green grasses and brightly painted homes. This tiny grip of land (one can walk its beauteous length in about 30 minutes) is notable as a stopping place for migratory birds. Perhaps the most astonishing of them is the Arctic tern, which is renowned as having the longest migratory patterns of any bird on the planet, traveling back and forth from the Arctic to Antarctic circles to experience a lifetime of almost unlimited summer. The terns must be grumpy from all that flying. They were everywhere on Flatey, and I quickly nicknamed them the “jerk birds” for the way they would aggressively shriek at me, swooping down claws-out at my head whenever they decided I’d strayed too far from my appointed space.

I was told that Flatey only has a handful of year-round residents (the frigid, sunless winters there must be isolating and brutal), which makes it a fascinating setting for the Umberto Eco-esque novel The Flatey Enigma, by Viktor Arnar Ingolfsson. One of the better instances of Nordic crime fiction, it draws on the real-life esoteric medieval Book of Flatey, imagining that this tome is caught up in a conspiracy around a murder. The Flatey Enigma is also notable for its vivid evocations of Flatey life—worth experiencing if you never get to see this gem of an island in person. It’s a fun one, and I hope it makes you want to visit the island.

In order to reach Flatey, one disembarks from Stykkishólmur, an incredibly scenic small town in the northern part of the famed Snæfellsnes peninsula. While I awaited the ferry, I spent some time wandering around the picture-perfect hills and Nordic buildings, feeling a little out of the loop: everyone in town except me was glued to a TV, watching with bated breath as Iceland shockingly managed a first-round draw in the World Cup.

I also visited the famed Library of Water, a former library renovated by artist Roni Horn into a permanent art installation. The principal attraction at the Library is the 24 glass columns that contain water from 24 of Iceland’s 269 glaciers (the ice covers a whopping 11 percent of the country’s surface area and is a central part of Iceland’s national identity).

Sitting atop a steep hill, and feeling a little like a cloister, the Library was a tranquil, contemplative place that commanded spectacular views of the nearby harbor. It was not at all hard to see why it has attracted so many writers. Early on in the Library’s existence, Icelandic author Oddny Eir Ævarsdóttir, (whose Land of Love and Ruins is published by Restless Books) made a series of broadcasts about the weather (always a big topic in Iceland) in conjunction with the Library. Rebecca Solnit and Anne Carson have also lived in the Library’s thimble-sized, austere, beautiful confines—both wrote about it, Solnit in The Faraway Nearby and Carson in a very good poem titled “Wildly Constant” that appeared in the London Review of Books. Other inhabitants have included Guðrún Eva Mínervudóttir and Oskar Arni Oskarsson, and Horn herself has made a number of books in Iceland.

From there it was further west to Hellnar and the incredible, rocky cliffs of the Snæfellsnes peninsula’s southern shores. I stayed just beneath the region’s resident giant and reigning lord—the mountain and 700,000-year old glacier known as Snæfellsjökull. This mysterious, awe-inducing hulk is famed as the entrance to the Earth’s interior in Jules Verne’s classic Journey to the Center of the Earth, and it’s also the location that Laxness immortalized in his famed novel Under the Glacier. Susan Sontag hailed Under the Glacier as “a marvelous novel about the most ambitious questions” and it is generally agreed to be a remarkably strange, possibly unique work. (Sontag called it science fiction, dream-like, philosophical, comic, fantasy, sexual, and visionary all at once.)

Although Iceland isn’t a terribly big place (you can drive the length of it in about 10 hours), its geography is so spectacular and varied that it feels immense, full of all kinds of little nooks and corners where you feel completely isolated. So how about closing with a few books highlighting the more eerie and isolated parts of the island? One might start with Iceland’s reigning “queen of suspense,” Yrsa Sigurdardottir’s whose I Remember You caused a sensation in her own country. Set in the tiny town of Hesteyri deep in Iceland’s immense, savagely beautiful Westfjords, it combines a creepy house and the mysterious disappearance of a young boy, and it’s won favorable comparisons to Stephen King and Peter Straub.

You might also try out Alda Sigmundsdottir’s The Little Book of the Hidden People, which explores legends and stories around Iceland’s huldufólk, their equivalent of little green men. I never saw any during my time in Iceland, although surveys have found that majorities of Iceland believe in the existence of these creatures (but don’t ask them about it—that’s generally an annoying thing to do). There’s also The Sorrow of Angels from Icelandic Nobel candidate Jón Kalman Stefansson, the standalone second novel of a trilogy about a boy who rebuilds his life in a remote fishing village—Boyd Tonkin declared it “a Nordic version of one of Cormac McCarthy’s journeys.” And lastly, how about Guðrún Eva Mínervudóttir’s The Creator, which sets the standard for quirky and offbeat with its story of a woman who steals a sex doll from its solitary creator in a bizarre plan to help her troubled daughter. 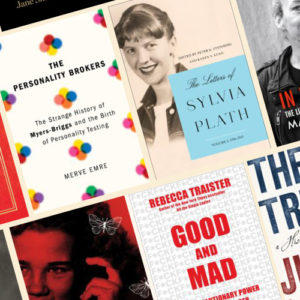