This Week on Lit Hub:

Haruki Murakami on his favorite young novelist, Mieko Kawakami · What two very different covers say about our view of Sylvia Plath · 15 books you should read this October · William Burroughs did not like Truman Capote: the ugly art of the open hate letter · Why digital note-taking will never replace the real-life journal · The prettiest of deaths: on consumption chic and impossible standards of beauty · Paul Auster: “I’m not sure the New York Trilogy is even very good” · Hanya Yanagihara revels in the pleasure of reading the first 100 pages of Lolita · How Jeffrey Eugenides fell in love with reading · Armistead Maupin on growing up gay in a proud southern family · If your book presumes an entirely white world, it’s not universal
This Week on Book Marks:
The People vs. Tyranny: On George Orwell’s Homage to Catalonia · Half Savage and Hardy, and Free: The New York Times on Jennifer Egan’s new novel, Manhattan Beach · Back in 2006, Ursula K. Le Guin called José Saramago’s Seeing “a novel that says more about the days we are living in than any book I have read”  · This week in Secrets of the Book Critics, Tom Beer of Newsday · A 1982 review of Audre Lorde’s Zami: A New Spelling of My Name · Lambda Literary calls Carmen Maria Machado’s genre-bending short story collection Her Body and Other Parties “a thrilling reading experience” · In the wake of his Nobel Prize win, we look back on the first reviews of every Kazuo Ishiuro novel · Ta-Nehisi Coates, Jeffrey Egenides, Lily Tuck, Muhammad Ali, and more all feature among our Best Reviewed Books of the Week
Lit Hub Daily
Share:

The Art of Taking a Knee:
Colin Kaepernick Edition 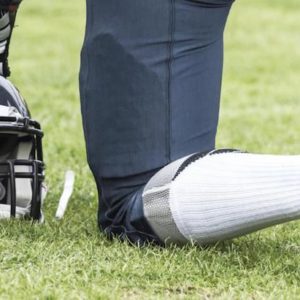 The Art of Taking a Knee:
Colin Kaepernick Edition