The 2017 Nobel Prize in Literature Goes to Kazuo Ishiguro

Author of Remains of the Day and Never Let Me Go

Today, in the Grand Hall in the Exchange, the Swedish Academy named Kazuo Ishiguro, the Booker prize-winning British author of Remains of the Day and Never Let Me Go, this year’s Nobel Laureate in literature.

The Academy called Ishiguro a writer “who, in novels of great emotional force, has uncovered the abyss beneath our illusory sense of connection with the world.”

In an interview after the announcement, Permanent Secretary Sara Danius said of Ishiguro:

“I would say that if you mix Jane Austen and Franz Kafka, then you have Kazuo Ishiguro in a nutshell. But you have to add a little bit of Marcel Proust into the mix. And then you stir, but not too much. And then you have his writings. At the same time, he’s a writer of great integrity; he doesn’t look to the side. He’s developed an aesthetic universe all his own. . . He is someone who is very interested in understanding the past, but he’s not a Proustian writer; he’s not out to redeem the past. He’s exploring what you have to forget in order to survive in the first place, as an individual or as a society.”

“We hope it will make the world happy,” she said of their decision.

Read the 1989 New York Times review of The Remains of the Day here.

Ishiguro will be awarded 9 million SEK (about $1.1 million) by the King of Sweden in Stockholm Concert Hall this December.

A note on betting: yesterday afternoon, Ngũgĩ wa Thiong’o was favored to win the prize at Ladbrokes, with 4/1 odds, followed by Haruki Murakami with 5/1 and Margaret Atwood with 6/1. Ten minutes before the announcement, Thiong’o and Murakami held steady, but Atwood shot up to 7/2. At The Guardian, Alison Flood pointed out that Bob Dylan’s odds went from 50/1 to 10/1 shortly before the announcement, and that “the writer with the same momentum” is Ko Un, whose odds increased from 33/1 to 10/1. But Ishiguro wasn’t even on the list.

According to the Swedish Academy, candidates for the prize are nominated by “members of the Academy, members of academies and societies similar to it in membership and aims, professors of literature and language, former Nobel laureates in literature [don’t forget: this includes Bob Dylan], and the presidents of writers’ organisations which are representative of their country’s literary production.” These 350-odd proposed candidates and narrowed down to a list of 20 by the Nobel Committee, and then further to a list of five, but the Academy makes the final decision.

To Avoid Abuse, I Became Anansi the Trickster 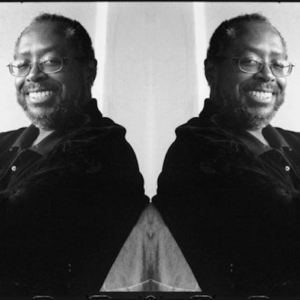 Kazuo Ishiguro has won the Nobel Prize for Literature. | Literary Hub Meghan O’Rourke wishes we had a better...
© LitHub
Back to top