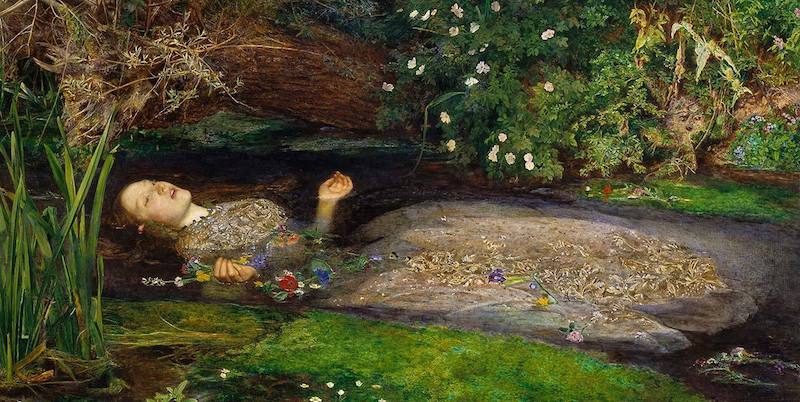 The Prettiest Way to Die

Consumption Chic and the 19th-Century Cult of the Invalid

Throughout most of the 18th and 19th centuries, to be diagnosed with pulmonary consumption—now known as tuberculosis—was a death sentence. In the preface for Percy Bysshe Shelley’s Adonais, the poet spoke in loving terms about his good friend and literary comrade John Keats, who was 25 when he died of the disease. “Ah, even in death he is beautiful, beautiful in death, as one that hath fallen on sleep.”

The dainty heroine of Samuel Richardson’s 1748 novel Clarissa is also a victim of consumption. Of her deathbed scene, Richardson writes, “We could not help taking a view of the lovely corpse, and admiring the charming serenity of her noble aspect. The women declared, they never saw death so lovely before: and she looked as if in an easy slumber, the colour having not quite left her cheeks and lips.”

Although tuberculosis was a disease which, at its peak, was responsible for 25 percent of the deaths in Europe, the myth of the idealized consumptive death remained a mainstay of the era’s popular culture and even in its medical texts. Regardless of its uglier ravages, it became associated with female beauty. In Carolyn A. Day’s new book Consumptive Chic: A History of Beauty, Fashion, and Disease, the foundation for this romanticism—and the way that it was built by literary sentiment, medical texts, gender expectations of the era—is deconstructed.

In its early stages, tuberculosis is characterized by a chronic cough, a lingering pallor, and a lack of appetite. It then degenerates into wheezing and “hectic” fever, bringing red blotches to the cheeks. Finally, as it advances, its victim grows emaciated, causing bones to protrude. It is a disease that ravages the lungs and reduces its sufferers to frail shadows of themselves. So how did this malignant epidemic become a fashionable ideal?

Historian Roy Porter noted of the period up to 1850: “Bright young things, seeking public attention, positively sought to look tubercular, as if delicacy and a tenuous grasp on life made them all the more appealing.” Some of this craze was brought on by the Romantic association. There was a pervasive belief that the illness was more common if one had the tender and sensitive constitution of the artist. Given the number of literary titans killed by it, it’s an understandable assumption: John Keats, the poster child of youthful artists with lives stolen, was joined by Anton Chekhov, Honoré de Balzac, Fyodor Dostoevsky, Elizabeth Barrett Browning, and most of the Bronte family, including Emily and Charlotte.

In Consumptive Chic, Day writes, “Tuberculosis and its accompanying symptoms were construed as the physical manifestation of an inner passion and drive. It was the outward sign of genius and fervour that literally lit the individual, providing the pallid cheek with a glow.” This is echoed by Susan Sontag, who wrote in Illness as Metaphor, “once TB was thought to come from too much passion, afflicting the reckless and sensual.”

Unlike other epidemics of the time, many of consumption’s effects were physically flattering, and fit well into existing beauty standards of the Victorian era. Tiny waists, visible clavicles, rosy cheeks, white skin—all of them would be both championed as signs of consumption’s singular ability to confer attractiveness on its female sufferers. But as Day makes clear, these physical traits were the tip of the proverbial iceberg. It’s what those aesthetic qualities signified that seemed to suit the Victorian medical establishment most: the notion of respectability. As Day writes, “respectable femininity was allied to physical frailty, domesticity, and dependence.”

In the mid-19th century, tuberculosis became increasingly associated with the feminine. Popular culture began to turn away from the admiration of the sensitive male writer, instead associating consumption with the fragility of the upper- or middle-class Victorian woman. Everything from her “indolent” lifestyle to “imprudent dress” could be blamed, but according to medical professionals, she was among the most susceptible to the devastation of the disease. In the 1850s, a few physicians even suggested that a common trait of the consumptive—hemoptysis, or spitting blood—“was evidence of a displaced form of menstruation.”

Both the literature and fashion responded to this apparent link between women and the disease. A host of female consumptives and waifish women appeared in novels, from Charles Dickens’ Dombey and Son (1848) to Elizabeth Gaskell’s North and South (1854). In Bram Dijkstra’s contemporary book Idols of Perversity, he refers to a “cult of invalidism” around women of the 19th century, and even Charlotte Bronte seems to have agreed. In 1849, Bronte wrote: “Consumption, I am aware, is a flattering malady.”

Fashion trends have also long proven reflective of the societies which produce them, particularly vis-a-vis their attitudes toward women. As Katherine Byrne argues in her book Tuberculosis and the Victorian Literary Imagination, the corset aided and abetted the trend for extreme thinness—not to mention gave a genuine shortness of breath to its uncomfortable wearer. Necklines began to dip low in the back and front to show off protruding shoulder blades and collarbones. In the 1840s, dresses which narrowed the shoulders and were set low across the chest gave an almost stooping, wilted aesthetic to their wearers.

The boogeyman of consumption served as another ideological tool against women, and one with constantly shifting precepts: you might be too immodestly dressed, too refined in your lifestyle, too lovesick, or even just too artistic, and the disease would strike. Thus, projected onto this fatal illness were notions of propriety and impropriety. It was caused by the frivolity that was believed to be biologically—predetermined in women, and fostered by a sensitivity and delicacy that was both lauded by Victorian society and nonetheless fraught with imminent dangers. If you were a city-dwelling coquette who spent too many nights out while wearing the constricting fashions of the day, you were at risk of consumption. But if you were a chaste, respectable young woman, there was no more redemptive and beatific way to die.

The symbolic properties of any disease can create waves in the public imagination. Susan Sontag wrote one of her key texts, Illness as Metaphor, on the same subject. “Romantic anguish,” was often seen as the cause for TB, and death from it was seen as “decorative, often lyrical.” As one article in the 1774 issue of The Lady’s Magazine cheerfully offers, “The beauty of women is greatly owing to their delicacy or weakness.” And so women’s ornamental role was taken to new and perverse heights by this imperative to look unhealthy.

Making the fashionable heroines of Victorian ideal into consumptives—and thus slender, pale, and trembling with helplessness—was the perfect metaphorical reflection of the era’s intense misogyny. Day writes, “By the early 19th century, health and activity were deemed vulgar, while languid and listless ladies sporting pale complexions were all the rage.”

Although Day’s book skews toward academia, there are lessons therein for the keen observer of women’s fashion and the history of gender roles. The nadir of Victorian morbidity—deathbed chic—is exemplified by this bizarre fascination. One final article from The Lady’s Magazine, circa 1790, informs its readers: “In the last stage of consumption a lady may exhibit the roses and lilies of youth and health, and be admired for her complexion—the day she is to be buried.”

Why Digital Note-Taking Will Never Replace the Physical Journal

A Tale of Two Sylvias: On the Letters Cover Controversy 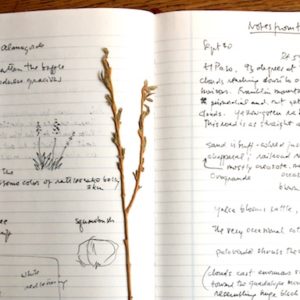 Why Digital Note-Taking Will Never Replace the Physical Journal

Hemingway had his Moleskine notebooks, Kafka his “Blue Octavos.” Wordsworth had his “Lakes” Notebook, and Virginia...
© LitHub
Back to top