TODAY: In 1894, Louis-Ferdinand Céline, the pen name of French novelist Dr. Louis Ferdinand Auguste Destouches and author of Journey to the End of the Night, is born.

In the second installment of Lit Hub Longform, Karen Russell ruminates on America’s housing catastrophe· Finishing a memoir with months to live: Tita Ramirez remembers her friend, Nina Riggs · Announcing the winners of the 2017 O. Henry Prize (and four of the prizewinning stories) · In which Virginia Woolf, too, bemoans the proliferation of personal essays· A vision of solidarity we need today in a 12th-century Iranian poem · Edwidge Danticat on Port-au-Prince and listening to the voices that speak from Haiti· Every Sunday, the enema man calls McSorley’s: 20 years of the same prank call at a legendary NYC bar · Our bodies don’t belong to us: On living with trauma · On Girlboss, a monument to capitalism dressed up as a sitcom · Emo comes off like Rimbaud at the food court: A 2003 essay by Jessica Hopper
Best of Book Marks:
In the wake of his passing, we look back at Denis Johnson’s Jesus’ Son  · China Miéville’s kaleidoscopic retelling of the Russian Revolution  · The Los Angeles Times calls Amelia Gray’s Isadora “a heavenly celebration of women in charge of their bodies” · How Dave Eggers’ 2000 memoir broke our mother*cking hearts · Joy Williams on the grim magic of Karen Russell’s stories · Back in 1981, The New York Times wrote about the low-rent tragedies of Raymond Carver · A 1978 review of John Cheever’s National Book Award-winning Collected Stories · Jo Nesbø, Edan Lepucki, Maurice Sendak, George Orwell, and more all feature among the Best Reviewed Books of the Week
Lit Hub Daily
Share: 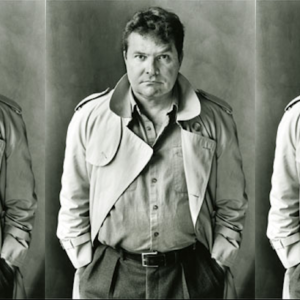 Massively influential and widely adored author Denis Johnson died Wednesday at the age of 67. He is best known for his collection...
© LitHub
Back to top