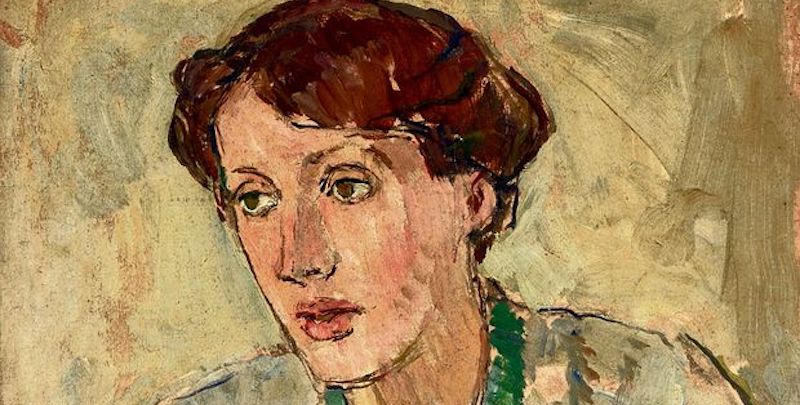 Virginia Woolf: There Are Way Too Many Personal Essays Out There

Just Because You Can Write it, Doesn’t Mean You Have to Publish It

Every now and again, an article appears on the internet that stops the literary world in its tracks, filling up Facebook and Twitter timelines with hot takes, cold takes, bad takes… Thus it was with Jia Tolentino’s New Yorker piece, “The Personal-Essay Boom is Over.” Prior to her gig at the New Yorker Tolentino was an editor at Jezebel and also worked at The Hairpin, both sites that contributed significantly to that boom with all manner of personal essay.

In 1905, Virginia Woolf wrote a bad-tempered essay entitled “The Decay of Essay Writing” in which she bemoaned the proliferation of personal essays in the excess of reading materials. “One member of the household is almost officially deputed to stand at the hall door with flaming sword and do battle with the invading armies,” she wrote. “Tracts, pamphlets, advertisements, gratuitous copies of magazines, and the literary productions of friends come by post, by van, by messenger—come at all hours of the day and fall in the night, so that the morning breakfast table is fairly snowed up with them.”

When I first discovered this essay several years ago, after buying a complete collection of Woolf’s works for a buck from Kindle, I thought it had been written as satire, at first reading it as some kind of Woolfian defense of a woman’s right to write. But as I read further into the essay, I realized that Woolf was serious in her grumblings that too much writing was being produced. I made notes at the time that Woolf would have hated the internet, but forgot it as a potential essay as other projects captured my imagination.

Tolentino’s essay made me retrieve the Woolf to discover that the two were speaking to one another across a century.

Woolf mentions the age’s fiction and other literary devices but soon settles on the source of much of the paper on her table: the personal essay. It is true that it originated with Montaigne, she says, but it has become so popular a literary device that “we are justified in looking upon it as something of our own.”

But just because a lot of personal essays are getting written doesn’t mean that they’re particularly good as literature. She admits that the essay’s “peculiar form” lends itself to a wide variety of writing, although it is characterized primarily by its “egoism.”

“Almost all essays begin with a capital I—‘I think,’ ‘I feel,’—and when you have said that, it is clear that you are not writing history or philosophy or biography or anything but an essay, which may be brilliant or profound, which may deal with the immortality of the soul, or the rheumatism in your left shoulder, but is primarily an expression of personal opinion.”

Readers may note that Woolf’s idea of an absurd essay is someone writing about the rheumatism in their left shoulder. For Tolentino, the nadir was the woman who wrote about having a clump of cat hair removed from her vagina. One wonders if Edwardian editors had not been so constrained by obscenity laws of their time if they might not have published an essay about vaginas full of cat hair.

Woolf argues that her time is not more egotistical than previous ages, but that her contemporaries have the advantage of having “manual dexterity with a pen.” She contends that the proliferation of writing is due to the large number of people who know how to write and have access to pen and paper.

“There are, of course, distinguished people who use this medium from genuine inspiration because it best embodies the soul of their thought. But, on the other hand, there is a very large number who make the fatal pause, and the mechanical act of writing is allowed to set the brain in motion which should only be accessible to a higher inspiration.”

In other words, people are of the opinion that because they can move a pen across paper, they can therefore write. But as any writing teacher can tell you now, as Woolf could tell you then, “it ain’t necessarily so.”

Woolf writes that one of the consequences of this flooding into publication of written productions is the dumbing down of arts criticism. Anyone feels themselves capable of declaring whether they like or don’t like something, so that criticism has taken on “the amiable garrulity of the tea-table—cast into the form of essays.”

So it turns out that the recent gnashing of teeth over over the decreasing intellectual levels of arts criticism are yet another criticism anticipated by Woolf in 1905.

She pleads that if people are going to write essays, that they stop sharing their opinions about the arts and instead, learn to tell the truth about themselves on the page. She notes that the biggest problem with contemporary autobiographies and writing of that kind is a failure of nerve.

“Confronted with the terrible specter of themselves, the bravest are inclined to run away or shade their eyes.” For Woolf, the rottenness at the core of the personal essay was that people thought they could write well on subjects they had only obtuse opinions of. And the real writing to be done in a personal essay—to tell the truth about one’s life—was being avoided. Essays failed in “the cardinal virtue of sincerity,” while writers pretended an “oracular and infallible nature.”

A century on, however, Tolentino says that the essays that reach deep to tell a truth about a life have contributed to a genre that has gotten out of hand. And she makes the point that most of the people who wrote these personal essays were women, who were willing to do what Woolf had demanded of her contemporaries a century before: to confront the terrible specter of themselves, and to not blink, but to write fearlessly about it. The problem arose when these essays became a commodity that content sites on the outside of the dot.com boom came to rely on, creating a daily need of women who would bare their souls in exchange for a byline and a small amount of money. Many of these women may have thought of themselves as “serious” writers who were starting out on a career track, doing what writers are told to do: build a portfolio. Tolentino says that editors—desperate for “clicks” to increase revenue—exploited naïve writers and published material that should have been left as private journal entries rather than shared with the voyeuristic internet.

While many did not reap writing careers from their sharing, some of our celebrated women writers got their start writing personal essays for the internet. For many, those personal essays—be they stories of busted relationships, death in the family, or revelations of the self—became a way to being recognized as a writer.

While editors were willing to publish crappy writing if it had a sensational story to tell, editors also tell stories of discovering great writers who responded to their calls for personal writing. It’s a point Tolentino herself admits when she writes at the end, “I am moved by the negotiation of vulnerability. I never got tired of coming across a writerly style that seemed to exist for no good reason. I loved watching people figure out if they had something to say.”

The problem is that few of the writers who made themselves naked on the page were able to turn that moment of internet recognition into a writing career. It’s one of the problems with the internet in general: it has such a huge appetite for content that an article that can move you to tears one morning simply creates an expectation in the reader that there are other essays out there capable of doing the same. And while a number of writers developed enormous followings on the internet that turned into book contracts and literary success, others may have felt that they had made themselves vulnerable as a literary exercise, only to have it treated as a form of cheap entertainment.

Tolentino and Woolf are both speaking to the writers of their day. Woolf urged writers to stop writing crappy book and theatre reviews and put something real on the page when they wrote personal essays. Tolentino is telling writers to stop writing personal essays where the “I” on the page has an experience that cannot be related to the greater structures in which we’re operating. If writers want to write about the personal, she seems to be saying, it’s time for us to consider how our experiences are shaped by the forces of racism or gender or class that distort the “I” we present to the world.

Woolf didn’t really want the personal essay to go away, she just wanted it to get better, and Tolentino is making a similar argument. The personal essay has to evolve; we are living in a time when the government is inserting itself into personal decisions that range from where our children go to school to what women allow in their vaginas. These things are still worth writing about. But we need to treat the personal essay with more dignity than we have done. There are infinite glimpses of human truth to be had in personal writing, but it really is okay not to publish every single thing you write. To adapt Woolf for our age: just because you can type it into your computer doesn’t mean you have to. 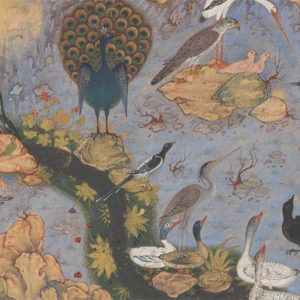 “That anyone has ever been able to surpass one of the great figures of the Divine Comedy seems incredible, and rightly...
© LitHub
Back to top