a monument to capitalism dressed up as a sitcom

Early in the pilot of Netflix’s new show, Girlboss, a young woman sits at a bar and orders a drink called a Brandy Alexander. It’s an odd choice at a dive, and probably an obscure cocktail for Girlboss’s intended demographic—namely, young women with custom Starbucks orders and high hopes for the gig economy. But the brandy alexander was the chosen drink of a young woman named Mary Richards, a news producer and Minneapolis transplant, who requests it in the pilot of a sitcom that premiered in 1970. That sitcom, of course, was The Mary Tyler Moore Show.

It’s a subtle touch, meant to signal that Sophia, Girlboss’s messy heroine, is a modern-day Mary Richards. But, sans cocktail, the similarities are hardly striking. Sophia seems less like Mary Tyler Moore than like a Zooey Deschanel character on amphetamines—a petty thief and manic pixie nightmare, all shaggy bangs and adrenalized eyes. She dumpsters dives, steals from street vendors, and asks one-night-stands to serenade her with whale song. Where Richards had spunk and comic timing, Sophia has a hernia and a berserk business instinct. Which might be why Girlboss seems less like a millennial Mary Tyler Moore than a monument to capitalism dressed up as a sitcom.

Girlboss is based on the 2014 book of the same name by Sophia Amoruso, who first rose to prominence as the founder of the online clothing retailer Nasty Gal. The show chronicles Amoruso’s early ventures in the mid-2000s, when Nasty Gal was still an eBay store peddling clothes from the mid-70s. Each episode follows Sophia through the thrift stores and estate sales of San Francisco in search of floral dresses from the Nixon years. We see the origin-story for the name of her business, taken from a 1975 song by the funk singer Betty Davis. Her first vintage sale—the germ of her business model and her brand—is a vintage leather jacket from the 70s. As Amoruso writes in the book, “we chose a decade and stuck with it.”

That decade was also the decade of The Mary Tyler Moore Show, which ran until 1978. In the series’ famous pilot, Moore’s Mary Richards, who moves to a shag-carpeted studio apartment in Minneapolis after the end of a long relationship, talks her way into a job as a news producer at a local TV station, coasting on charm and a taste for brandy. She was, at the time, a new kind of woman on TV: single and career-minded, far removed from the suburban waxworks of The Donna Reed Show and the slapstick housewifery of I Love Lucy. And The Mary Tyler Moore Show was, too, a new kind of sitcom. Along with M*A*S*H and All in the Family, it launched the medium’s first “Golden Age” in the 70s, a time of prickly, political TV comedy. But, while Girlboss raids the closets of Mary Richards’ era, it ridicules the social politics that those clothes once signaled. Sophia hawks suede vests and flare jeans for precious sums on Nasty Gal, but the political consciousness of The Mary Tyler Moore Show, radical in its time, is reduced to little more than another accessory.

And it’s clear that Girlboss, both show and book, is the product of another decade—not the 70s of Betty Davis and Mary Tyler Moore, but the first decade of the new millennium. The show is set in 2006, when NastyGal was still a one-woman operation, Myspace still mattered, and W. was still in office. Feminism wasn’t yet a renewed cultural flashpoint, much less a cynical marketing tool. Sheryl Sandberg’s corporate feminist  manifesto, Lean In, had not yet been written, nor had either of Ivanka Trump’s sermons on the symbiosis of womanhood and venture capitalism. It was easier then—or at least more common—to believe that political advancement of women could be advanced by the professional success of women CEOs. The rhetoric of “women’s empowerment” didn’t sound quite so exhausted or as disingenuous as it does now.

Tellingly, Girlboss went into production with Netflix in the summer of 2016—amid widespread confidence a future Clinton presidency. Amoruso’s book was published in 2014, at the tail end of the Obama administration. Perhaps that’s why both narratives feel like period pieces, more suited for a time when The O.C. was still airing and “feminism wasn’t political,” as Jessica Testa wrote recently for BuzzFeed. Half memoir and half business-advice, Amoruso’s book was “received by critics as a feminist Lean In” when it was published and similar books were flying off the shelves. But the advice Girlboss offers is at once obvious and inconsistent, urging readers to “find a place where they can flourish,” and to savor every shitty job; to “abandon anything about your life and habits” that impede success, but to stay true to yourself; to follow a path of your choosing, so long as it’s the path of a #Girlboss. It does less to educate young women about business than to establish Amoruso as a bankable personality and brand.

“It was easier then—or at least more common—to believe that political advancement of women could be advanced by the professional success of women CEOs.”

Girlboss is only coherent insofar as it takes on the contours of a conversion story. When we first meet Sophia in the pilot of Girlboss, she’s a shoplifter, a college dropout, and an apparent psychopath. In Amoruso’s book, she’s a shoplifter, a college dropout, and, notably, a socialist: an attendee of Marxist study groups and a reader of the anarchist Emma Goldman. She has a “hygiene regime that can at best be described as ‘crust punk.’” She’s into “Guy Debord and the Situationists.” But after a few years of dumpster diving and an expensive hernia surgery, Amoruso has a change of heart. “I entered adulthood believing capitalism is a kind of scam,” she writes, “but I’ve instead found that it’s a kind of alchemy. You combine hard work, creativity, and self-determination, and things start to happen.”

From then on, Amoruso becomes, in her own words, “capitalism’s biggest champion.” On the subject of the free market, her writing tends oddly mystical. Like a genial earth-mother, capitalism appears to grant her wisdom and prosperity. Under its influence, commodities “inherit a meaning that transcends the objects themselves.” Material comfort gives her the “psychic space to think about other, bigger things.” She discovers that “adulthood is more nuanced” than she once imagined.” Shoplifting Michael Kors watches, she realizes, was “just stealing from people.” Living free “didn’t always mean living well,” and  “agonizing over every political decision I make isn’t exactly living.”

Radical politics is thus consigned to her “teens, when she saw the world in black and white.” But “most things,” like capitalism and adulthood, “exist in a certain grey area.” Essentially, Amoruso frames her own path up the NASDAQ as the one that leads into adulthood. Put differently, Girlboss’s position is that wealthy indifference is the same thing as maturity. If accepting the status quo is the only way to grow up, then anyone who protests must be a child.

That might seem like an especially unforgiving take on Girlboss, given that her position on wealth is in some superficial sense irrefutable. It’s difficult to be altruistic when you have nothing to give; life is easier when it’s not financially precarious. But these observations aren’t the hard-won insights of a CEO; they’re foundational to the very politics that Amoruso dismisses as juvenile. Critics of the free market have always held that stable employment is essential for quality of life. But the kinds of labor protections that would make the “alchemy” of capitalism available to all women—like paid maternity and a higher minimum wage—don’t seem of interest to Amoruso. The only labor protection that a woman needs, she seems to believe, are creativity and a #Girlboss attitude.

If contempt for protest is implicit in Amoruso’s book, it becomes glibly explicit in the show. Few of the jokes on Girlboss land, and most of them are lobbed at the erstwhile counterculture of San Francisco. One lengthy gag concerns disheveled older woman who accosts Sophia and her boyfriend on the street with a babbling indictment of patriarchal capitalism. They shove a burrito in face, call  her “crusty,” and make jokes about gender studies class. And when Sophia’s friend orders the aforementioned Brandy Alexander, it’s over a folksinger’s droning diatribe against the free market. The uninsured, too, come in for a gratuitous beating. When a friend suggests to Sophia that she visit a free clinic, she screams, “No way! Have you seen the people who go there?”

“The only labor protection that a woman needs, Amoruso seems to believe, are creativity and a #Girlboss attitude.”

Certainly, there was nothing “crusty” about Mary Tyler Moore, who got her start playing Laura Petrie, America’s favorite housewife, on The Dick Van Dyke Show. But The Mary Tyler Moore Show was nonetheless shaped by the second-wave feminism that Girlboss caricatures. From the beginning, Moore was a workplace comedy that gamely skewered workplace sexism: the drunken misbehavior of Richards’ boss, the cheery incompetence of Richards’ better-paid colleagues, and Richards’ own gracious charm in the face of it all. It was one of the first sitcoms to show women building a meaningful life through satisfying work. But it also addressed things that prevent a woman from accessing that work in the first place—forces which, in the real world as on The Mary Tyler Moore Show, were social and political. In Girlboss, Amoruso observess that “having money spells freedom.” But, for most of history, women have not been free to have careers or control over their own money—a fact of which The Mary Tyler Moore Show seems aware, and of which Girlboss does not.

Much of the appeal of the Mary Tyler Moore Show is as a coming-of-age story—for Mary Richards, for the TV sitcom, and for the so-called “new woman” that Richards represented. But while having a career is how Mary Richards makes it on her own, it isn’t what what makes her an adult. She already was one: Richards is 30 years old when the series begins, and was originally written as a divorcée (though CBS refused, on the grounds that a divorced lead would tank the series’ ratings). What makes her an adult is what makes an adult out of anyone: independence, thoughtfulness, a willingness to care for herself and others.

There is, as Alyssa Bereznak writes for The Ringer, a “maddening cognitive dissonance” in watching Girlboss’s origin story of self-described feminist CEO against the backdrop of Amoruso’s recent legal troubles. Nasty Gal filed for bankruptcy last year, and Amoruso has been mired in lawsuits for, among other things, firing pregnant women. The business strategies laid out in Amoruso’s book and TV show don’t seem very compatible with feminist politics or, for that matter, professional success.

The Mary Tyler Moore Show, by contrast, never claimed to be a political or professional rallying cry. But for all its shag carpet and second-wave sensibility, it seems radical all over again next to the proliferation of Girlboss-like manifestos for women in the workplace. It doesn’t, for one, conflate activism with adolescence, or confuse maturity with paying bills—something which people of any age can struggle to do for reasons that having nothing to do with character. Above all, The Mary Tyler Moore Show was never about “adulting,” but about actual adulthood—which, for Mary Richards, had nothing to do with an IPO. That view, to quote Girlboss, might be “crusty,” but it’s far more compassionate. 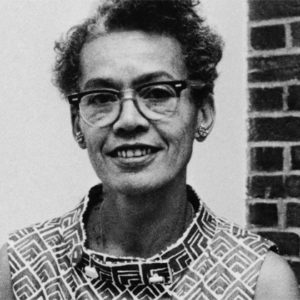 The season of summer writers’ conferences begins. Forty selected writers gather at Lit Camp on Mayacamas Ranch at the northern...
© LitHub
Back to top