TODAY: In 1899, French actress Sarah Bernhardt premières an adaptation of Shakespeare’s Hamlet with herself in the title role at the Paris theatre where she took over management and renamed the Théâtre Sarah-Bernhardt.

Introducing Lit Hub Longform: Michael Chabon roams the West Bank with Sam Bahour · On the canonization of Dylan Thomas and the legacy of literary afterlives · Sometimes a book is the right book for some kind of feeling: Reading Joan Didion in the midst of depression · Why “write what you know” is not good writing advice · The price tag of being a woman: How Rachel Cusk, Joanna Walsh & others depict the demands of femininity · Discussing first-person LGBTQ narratives with Garth Greenwell, Martin Pousson, and others · What’s so bad about being bored at work? Mary Mann looks at life at the office in a whole different way · This novel was written for Ugandans: Aaron Bady on Jennifer Nansubuga Makumbi’s Kintu · 8 worthy literary heirs to W. G. Sebald, from Teju Cole to Ben Lerner · Ada Calhoun on the horrors of getting it wrong in print
The Best of Book Marks:
Yakov endures: From 1966, the New York Times on Bernard Malamud’s The Fixer · Cory Doctorow’s utopian/dystopian novel Walkway is “like a Michael Bay movie if all the explosions were emotional” · The riveting psychic vomiting of Chris Kraus’ I Love Dick · Joyce Carol Oates on Breece D’J Pancake, the troubled West Virginia writer whose suicide preceded his only published collection · The wonderful sordidness of Claire Dederer’s sexually charged memoir, Love and Trouble · J.G. Ballard and the “excess of fantasy” that killed America · Tessa Hadley, China Miéville, JFK, Ernest Hemingway, and more: This week’s best-teviewed books
Lit Hub Daily
Share: 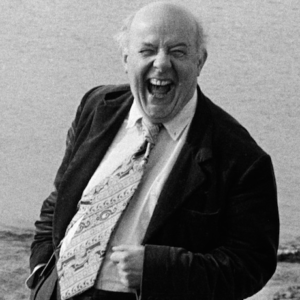 When your hometown is the last place to accept who you are: Kait Heacock returns to read her new book. | Literary...
© LitHub
Back to top