“Write What You Know” is Not Good Writing Advice

You’ve heard it before: Write what you know. I wonder what you think of that, because, frankly, I don’t think much. I’ve been known to pooh-pooh it as well-meaning but ultimately second-rate advice. It’s reassuring to hear, and probably reassuring to say, but I believe it misdirects beginning writers and costs them time. It cost me time. If I could tap myself on the shoulder—my younger self, setting out across seven states to start my MFA—I’d say, “Be careful with that one; it’s not what you think.”

So what is it? An instruction, a rubric, a dictum? Rummage around in your thesaurus a little, and you might land on “Adage: a proverb or short statement expressing a general truth.” To the left and right of this you’ll find axiom, aphorism, platitude, maxim, and even apophthegm, a doozy from the Greek apophthengesthai, meaning to speak out, that spins you around and shoves you right where you started, back at maxim and aphorism again. Write what you know is all of these. It is simultaneously broad and narrow; it sounds universal and trustworthy, and is therefore easily mistaken for a magic pill.

Write what you know was not something I ever heard while I was an MFA student. I didn’t need to; I’d heard it countless times before I stepped into that first workshop classroom. But once there, I never heard it dismantled or criticized, and that omission gave it a backhanded kind of currency. The effect of this was unfortunate, and not unlike being told to put on a new set of clothes without undressing first.

For most beginning fiction writers, the phrase Write What You Know sounds like advice to produce thinly veiled autobiography. That’s what I heard in those four words, and judging from what many of my MFA classmates churned out back in the day, it’s what they heard, too. It makes perfect sense; what subject could you know better than yourself? The bitter realization that comes later—if you’re lucky—is that just because something happened in real life does not necessarily mean it will work in a story. Let me repeat that. Something that happened in real life will not necessarily work in a story.

Forgive me. I’m being parental, hoping you’ll learn from my mistakes. When I learned that truth, it happened somewhat indirectly one afternoon when I got to see a classmate working hard to dodge it. We were workshopping her story in class, the truth was raining down on her like a hundred cartoon anvils, and yet she danced out from under each one. Her story was dull, lifeless, and meandering. This didn’t work and that didn’t work, but she steadfastly deflected each criticism and stared at the printed pages as if they were letting her down and said to the rest of us, “If you only knew what a great story this is.” As revelations go, that was a thunderclap moment for me. I had assumed that her story was fiction—that she had made it up—until she betrayed herself and the fact that she had merely rendered actual events in their correct order, which is something else entirely called documentary. Write what you know changed utterly in that moment. Suddenly, it was bottomless, Technicolor, blue-chip advice. It was useful. It demanded that I be prudent in using the facts of my experience, but it encouraged and even insisted that I use what experience had taught me.

So what do I know? I know about things I’ve experienced directly, of course. I know about what I’ve witnessed and observed (and those are not identical things), what I’ve read about or heard, whether first- or second-hand. What I’ve eavesdropped on, what I’ve felt, what I’ve desired, and what I have imagined. Anything that enters or originates in my head is a thing—in terms of my writing—that I know.

At this point it is fair to ask whether I write what I know, and whether I’ve just contradicted myself entirely. The answer, as you’ve probably guessed, is yes and no. For example, the novels I’ve written so far are set in the Midwest. I grew up in Chicago, and have lived most of my life here and there in the Midwest, which made it logical and easy to use as a setting. It wasn’t effortless to recreate, but it didn’t mean extra work, it mostly meant remembering.

On the other hand, I’ve written a novel set in 1925, a year in which I was not alive and of which I have no direct knowledge. But I can do a little research and keep overlap in mind: people alive back then had telephones, electric light, cars, buses, movie theaters, even Girl Scout Cookies. That overlapping experience shrinks the time between them and me, and helps me to imagine the rest. The things I know allow me to extrapolate. I’ve written about a man stuck in a tornado, about widows and grandmothers, about a dentist, and parents who have buried their children without ever being or doing any of those things. If I can write from a man’s perspective, it’s because I have had different relationships with men throughout my life—father, husband, uncles, cousins, friends—and I’ve been paying attention. I’m not yet a grandmother, but I had grandmothers and, if I want to write convincingly about a grandmother looking at her grandchild, I can think about them or how I feel when I look at my daughters, and extrapolate. You might say that extrapolation is an imaginative act. If I had never seen an ocean, I wouldn’t be dissuaded from writing about one because I grew up a block from Lake Michigan; I know deep water.

If you open one of my novels to a random page and ask for an accounting, this is what you’ll hear: “This is something I saw once, this I overheard, this happened to me, but when I was a child not an adult, this happened to a friend, and I invented this last bit to pull it all together.” Check D, for all of the above. Do I use autobiographical detail in my writing? You bet. Is that where I’m most naked as an author? Not by a long shot. It turns out it’s the bits I make up—the actual fictions—that lull me most often into emotional revelation.

Now I fear I’ve made things worse. I’ve told you that old saw won’t cut wood and handed you the whole toolbox instead. Have you ever heard the phrase good reading is damned hard writing? Well, good advice is damned hard living. Write what you know? Be careful with that one. But use what you know? Use it. Use it all.

Kate Southwood is the author of Falling to Earth. Her articles and essays have appeared in the New York Times, the Christian Science Monitor, and the Huffington Post, among others. She lives in Oslo, Norway. 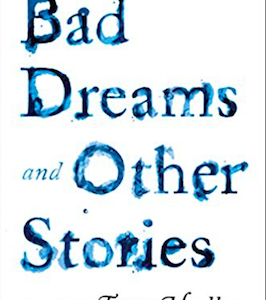 Claire had to fly over from Philadelphia to the UK for a business meeting. The night before the night she flew, she made...
© LitHub
Back to top