How Rachel Cusk, Joanna Walsh & Others Depict the Demands of Femininity

While visiting family over the holidays, an uncle pulled me aside. “You have gray hair,” he whispered, with alarm and not a little judgment. “I know,” I said and told him how much I was looking forward to a flowing mane of white a few years down the road. “It’s such a shame,” he replied. “I see young women come into my office with gray hair, and they just look so old.” My usefulness as a woman summed up in a moment.

A few months later, I was reading Rachel Cusk’s Transit, the follow-up to her novel Outline, when an echo of this scene appeared. Cusk’s protagonist, Faye, has recently moved into a dank, stifling flat with her two sons after leaving her husband. Towards the beginning of the novel, she sits in a stylist’s chair contemplating whether she should dye her hair to cover the grays. “There’s nothing wrong with a few sparkles,” her male stylist insists, yet Faye, embarking on a new life as a single woman, is determined to cover up those glittery signs of aging. Finally, her stylist gets to the heart of it: “It’s a life sentence,” he says, meaning that once she starts dyeing, she can never stop. Faye goes through with it anyway.

In her 2015 Atlantic article “The Makeup Tax,” Olga Khazan examines research that shows attractive people make more money in their lifetimes and are promoted to higher positions. She also writes of the unspoken imperative most women face to present in a certain way, spending upwards of $15,000 on cosmetics in their lifetime to maintain their viability as earners—not to mention the hours and days in front of the mirror or shopping cart. Khazan’s takeaway is ambivalent: while she acknowledges the absurdity of this situation, she also sees no way around it, and doesn’t believe that a woman can simply stop altering her face and body while still maintaining her place in the world.

This tension around the bodily and economic expectations of womanhood is explored in the prose of writers like Cusk, Joanna Walsh, Anne Boyer, and Renee Gladman. Each of these writers subverts beauty standards and questions the societal responsibilities of being a woman, steadfastly examining the world around her while also considering the ways that she must manipulate herself to remain relevant. As Boyer once wrote, “I will soon write a long, sad book called A Woman Shopping. It will be a book about what we are required to do and also a book about what we are hated for doing.”

Cusk, like her Transit narrator Faye, is self-aware of the strictures imposed on her as a woman, but chooses to work within those conventions rather than reject them. Through her fictional work, in both Outline and Transit, as well as essays from her own life, Cusk shows how these expectations affect her, but also how she uses them as guidelines. Offering a glimmer of insight into her (and Faye’s) approach, she wrote in a recent Condé Nast Traveler essay about herself and her new husband, who have five marriages between them, that “for good or ill, marriage is our form, and in that same form we hope to redeem ourselves.” Her fictional avatar is also self-aware of the standards of femininity and their cost, but doesn’t seem exhausted by, or resentful of, the prospect of taking on more labor to secure her place in the world.

When I read Anne Boyer, though, my own weariness comes into focus, as she chronicles the dollars, hours, and physical manipulations that being a woman has cost her. “I wanted to be really ordinary like an animal,” she writes in Garments Against Women, a 2015 collection of prose poems that examine the bodies of women under capitalism, through themes of illness, finances, and societal expectation. Her rage simmers throughout. In one instance, after chronicling the time and labor she has used making a shirt for herself from thrift shop materials, Boyer reminds the reader that all garments are made on the backs of women and children—whether in their homes by hand or in factories of varying conditions and safety. And when she finally has her own pattern ready to go, Boyer asks, “What can be done,” Boyer asks. “How can two flat pieces joined together in four places accommodate a grown woman’s torso, not at all flat, and with arms often in motion? It’s just the same thing over and over, like when I used to listen to music, always stuck on a track, just this time in flannel, that time in linen, so many double pointed darts around the waistline cinching it in (Platonic ideal).”

“The ‘ordinary animal’ that Boyer wishes to be is the female body without rules, at rest and unwatched.”

Earlier in the collection, recounting a period of extended illness, Boyer writes, “Finally there was something that almost cured me. The thing that almost cured me was a touch of Frost & Glow in my hair,” followed by a long list of medications, ranging from antihistamines and allergy pills to painkillers, antibiotics, birth control, and the topical Retin A that she’s been taking all along. She quips, “ . . . as if the smallest bit of drugstore blonde could alter a person’s person,” or cure her of all the ailments the drugs were meant to manage. The “ordinary animal” that Boyer wishes to be is the female body without rules, at rest and unwatched.

In Joanna Walsh’s 2015 short story collection Vertigo, she explores how a woman’s value depends on her beauty from the perspective of a character on the verge of divorce and grappling with middle-age. The nameless protagonist writes in the very first line of the collection, “A friend told me to buy a red dress in Paris because I am leaving my husband.” Immediately, Walsh illustrates the stakes, that those around her narrator are reminding—urging—her to remain a viable commodity. She then deepens this quandary by examining it through a second lens: that of her preteen daughter, as her body also becomes subject to the same scrutiny.

In the title story “Vertigo,” Walsh’s protagonist imagines her 12-year-old daughter through the eyes of men. The mother and daughter are on vacation with their family, where the “daughter has made her first sacrifice to fashion,” buying an ill-fitting short pink lace skirt. The mother also observes her daughter tossing her hair, noting that the gesture was the same at nine and ten, but that it will at one point be interpreted as sexual. With that she’ll also gain some power, but a power that’s valuable only if a woman wants to play that game. The prospect of both the trite rules of femininity, and its ensuing violence entering her daughter’s life, becomes horrifying to her.

Renee Gladman’s writing on bodily ownership becomes particularly interesting when her 2016 essay collection Calamities is read alongside her surreal science fiction Ravicka trilogy. Calamities is comprised of dozens of micro-essays, each beginning with the phrase “I began the day.” Through each, Gladman turns bewilderment into poignant revelation as she examines her place in the world as an intellectual, a woman, and an artist. In one entry she writes, “I began the day a woman in clothes, wanting to be a woman in clothes.” Gladman is describing an afternoon spent with her partner, ceramicist Danielle Vogel. Danielle, we learn, feels at ease in a body that she loves to drape in clothing, a sentiment Gladman seems not to share. As the pair swish through the apartment in their pajamas, Gladman writes that Danielle’s pants fit in such a way that the word “ass” is written everywhere, while Gladman herself sees the word “penispocket” when she looks at her own body in its tight attire. This isn’t to say that Gladman is uncomfortable with herself, but that even in this moment of intimacy with Danielle, in her sanctuary, her home, Gladman is still subject to what has been deemed appropriate for a woman to wear. No one can outrun it.

But When she transports these arbitrary standards to a new, fictional scenario, their absurdity is brought into sharp relief. Event Factory, the first installment of Gladman’s cycle of novels about the invented city-state of Ravicka, centers on a narrator attempting to navigate a place with nonsensical rules and morals. Little makes sense: not the language, despite the narrator being a trained linguist; not the food (a rebel sect in the old city eat paper disguised as pasta and cheese); and not social navigation—complicated physical gestures are involved when it comes to asking for basic needs like a shower. But, as the narrator moves through the city, she seeks allies and clues that will allow her to tap into the flow of the place. After falling in love with a woman named Dar, she and the narrator join forces to find their way through the strange city-state. But soon Dar deserts her, and she begins to realize that the men around her often lie and misdirect her when she asks questions. When she attempts to locate the skyscrapers that make up the“downtown” of Ravicka, she notes “It occurred to me, not for the first time, that if I simply could not look up and locate the skyscrapers by sight, it was because there were none. And these men were too embarrassed to report that.” A man named Ulchi, draws an unintelligible map for her to follow, but the narrator soon finds that she makes the most progress when following her intuition. She is helped at another point by a mysterious woman who is only heard, not seen. By relying on herself and the other women she encounters for assistance and solidarity, the narrator can, at least somewhat, escape the insanity of the experience.

Despite my confident response to that uncle over the holidays, I’ve had conversations similar to Cusk’s Faye with my own stylist. I notice how the red in my hair is really just the death of the deeper brown it once was. I see the passage of time and choices before me. I struggle to make myself immune to those standards, and I contemplate spending money and hours maintaining an image that often feels like someone else’s. As Walsh writes in the story “Claustrophobia,”  “ . . . I know now that a woman is not her clothes: she’s the body under the dress, or what someone could imagine her body to be . . . I have learned that even underneath I am replaceable. You could employ someone to be me and get just the same thing, maybe even better, if you had the money.”

This is a hard understanding that Walsh comes to and a resignation shared in one way or another by each of the other writers. But Gladman’s Event Factory, freed from the illusions of our contemporary reality, charts a different course. The narrator is fully empowered to ask a far more blunt and damning question: “Why am I talking to these men anyway?”

Melynda Fuller is a New York-based writer and editor whose journalism, essays, and criticism have appeared in The Rumpus, Poets & Writers, TimeOut New York, and A Women's Thing, among others. She is currently at work on a collection of essays. Find her on Twitter, @MGrace_Fuller.
http://melyndafuller.com 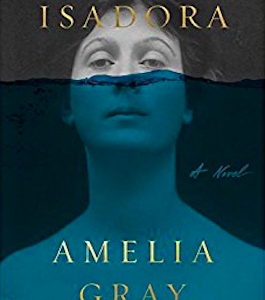 The ferryman used a javelin to shove off the stone, and the two of us held the rail until we got going. The Bosporus is so clogged...
© LitHub
Back to top