“I love how you don’t care what anyone thinks about you—even your husband!” a young woman, calling herself a fan, wrote to me after I’d published an essay in the New York Times.

I laughed out loud. Not only has my husband read and edited just about everything I’ve ever published (he has been my first and best reader on everything since I was an alt-weekly intern in Texas, 16 years ago), but also I care about what everyone thinks.

Whenever I publish something—anything, anywhere—for a long time afterward I wake up at 3 am, thinking, “Wait, did I say 1988? But it had to be after 1990!”

One time, many years ago, when I was first writing for the New York Times, I heard from someone on the copy desk that in a theater review I’d gotten the director’s name wrong. I burst into tears. They said they’d run a correction. Then I pulled myself together and launched an investigation into how I’d made the egregious error. I learned that I’d been right in the first place, so the Times appended a correction to the correction.

“Have you ever heard the term ‘pure obsessive’?” a mental health professional once asked me.

I thought with my last book, St. Marks Is Dead, I had conquered my fear of errors by providing a flotilla of endnotes. I did roughly 250 interviews for the book and went back to a large percentage of those people with follow-up questions.

And yet, a few mistakes remained. Because I had labeled a photo with the number 1955, that found its way into the caption as the year of the photo. A person in the photo died a couple of years before that, as some astute readers noted.

In one interview, I heard the source describing his godfather as Robert Altman rather than someone with a similar name (sorry, Robert Altman).

Two frequent bathhouse-goers told me a truck cab had been a fun element of the St. Mark’s Baths, but it turned out that was in a different bathhouse.

Maybe these sorts of hallucinations were inevitable, as probably half the people I interviewed for my book told me they had been on drugs when they’d hung out on St. Marks Place (“Pink elephants were on parade,” say ten sources). But that didn’t make it less embarrassing.

I especially hated that I found out about the phantom truck cab when a man came to a reading of mine at the New York Public Library and told me that angrily during the Q&A. (The next day I tracked down a former Baths manager to prove I’d been right, and was disappointed to learn that the angry man was. Score one for irascible free-event attendees.)

These errors have been corrected in the paperback, but still I fret.

This anxiety around getting everything correct, though, can make it harder to enjoy writing. Sometimes I wonder if I’d be a better writer if I redirected all the time I spend obsessing over facts instead picking stronger verbs.

“You need to get tougher,” my husband says. “Famous guy writers get stuff wrong all the time and blow it off. If you’re successful, it’s going to be because you write something great, not because you never had a typo.”

Along these lines: I was researching the Chelsea Hotel for a story when I came across an essay Arthur Miller wrote called “The Chelsea Affect.” It’s a compelling essay (“parboiling myself in the shower”), despite the fact that he makes some brash errors, even going so far as to say Andy Warhol was shot in the lobby, rather than, famously, at the Factory.

But Arthur Miller never went to journalism jail, as I often imagine I will if, say, I misspell Wojnarowicz: “The jig is up,” says a copyeditor, a fact-checker standing behind him with hand-cuffs. (This might also be a sex fantasy.)

When this new book was done, I made a spreadsheet of about 60 people who appear in the book and who I thought might be able to identify themselves, even though nobody else could, and I wrote to them: “Is it okay for me to tell this story about the fight you had with your wife that you told me about?” “Did I describe our night of passion accurately?”

To be clear: I’ve never hidden from anyone the fact that I often write in pretty frank detail about my life. And everyone I interviewed knew I was talking to them for a future book and nobody went “off the record.” But still, I felt like if it was me being written about I’d want a heads-up.

One friend of mine who does not re-check things before publishing says, “It’s easier to ask forgiveness than permission.”

That’s probably true, but still. In the long run, I find that asking permission, except when I suspect that to do so would cause harm, is the less stressful path. In my new book, I quote dozens of people, mostly anonymously, on topics of extreme emotional sensitivity. Even though I don’t use their names, I know from personal experience as both subject and object that writing about people can be destabilizing even if you don’t say anything bad about them.

Most commonly, people suggest tweaks I couldn’t have guessed they would want, like that they hate the term “institution” and could I say “psychiatric ward” instead. Once, I was asked to change a verb. The person in question didn’t like that I had him “scurrying,” because he found that emasculating. I was glad that happened before the story came out rather than after, so post-publication I could concentrate my focus my attention on reader mail that called me a slut.

Sometimes, these conversations lead to closure in old relationships. Other times, they reopen old wounds. It can be fun or really upsetting, but I’ve come to see it as an important part of the publication process, alongside doing key-phrase endnotes.

“How not-Journalist and the Murderer of you,” a friend of mine said when I told him about my practice of re-checking essays. He was referring, of course, to the famous Janet Malcolm book about how writers betray their subjects. My bible is Night of the Gun, in which David Carr goes back and reports out his drug addiction and tries to ferret out as much as he can get of the truth, even when it makes him look bad.

“Or maybe you just like an excuse to talk to your exes,” my husband said.

For the record, when my husband read this new book, which includes very personal stuff about our marriage, somewhat-scandalous stuff about lusting after other men, and at least one confession of sort of wanting him to be dead, he had two notes:

1) “Don’t be so apologetic about buying a house. Everyone outside of New York owns property. You sound neurotic.”

I cut that paragraph.

2) “Say something nice about my penis.”

I added this line to the book: “(‘Say that I have a nice penis,’ he says. He has a magnificent penis.)”

Ada Calhoun is the New York Times–bestselling author of Why We Can't Sleep, St. Marks Is Dead, Wedding Toasts I'll Never Give, and Also a Poet: Frank O'Hara, My Father, and Me, which Vogue calls one of the “Best Books of 2022 So Far.”

The Writing Workshop That Runs Itself 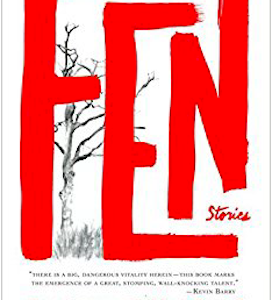 She wished someone had told her what living with a man was like. She would not have changed tack but she thought, all the same,...
© LitHub
Back to top