TODAY: In 1948, author of Neuromancer and pioneer of the Cyber Punk genre, William Gibson is born.

Poems of resistance from Mary Ruefle, Wendy Xu, Christopher Soto and more • Are you a Matisse or a Picasso? How Leo and Gertrude Stein revolutionized the art world • Did Thoreau actually live on Walden Pond? • 10 writers best known for post-mortem publications •“Letting myself experience the joy of transitioning feels really powerful.” Mallory Ortberg talks to Nicole Chung about writing, feminism, and getting through a rough year • What writing rule would you break? For Laura van den Berg it’s “drown your darlings” • Ali Smith, Anne Carson, Margaret Atwood and more: 10 brilliant retellings of classical myth • What just happened in West Virginia? Elizabeth Catte recommends ten books to better understand the historic teachers’ strike • Introducing the Book Therapist: Rosalie Knecht prescribes the right reading for your literary blues • How many more must die? America’s teachers reflect on gun violence and life after Parkland • What good is a scientific pain scale if nobody believes you? Abby Norman on the origins of dolorimetry and struggling with chronic pain • Is it worth 1,000 words? Mark Sarvas on the way we write art into fiction • From the pages of The New Yorker to the streets of New York: the sad life and times of Maeve Brennan • The glories of disaster in the golden age of exploration: how polar explorer Ernest Shackleton became an international celebrity • The 10 most famous bookstores in the world

Go Moan for Man: On what would have been his 96th birthday, we look back at what the critics said about Jack Kerouac’s On the Road • 5 Books Making News This Week: Track Stars, Trauma, and Thrillers • This week in Secrets of the Book Critics: EW’s Leah Greenblatt on Mrs. Dalloway, Graphic Monsters, and Attacks on Books • Kareem Abdul-Jabbar on The Bachelor, Jordan Peterson as snake-oil salesman, and more Book Reviews You Need to Read This Week • Our favorite reviews of the 2017 NBCC Award-winners • Alan Hollinghurst, Marilynne Robinson, Wu-Tang, The Wire, and more all feature among our Best Reviewed Books of the Week

Ned Beauman weighs in on conspiracy fiction and the role of the author in the era of fake news • Val McDermid on the rise of Tartan Noir • In honor of Saint Patrick’s Day, 15 Irish crime writers to start reading this weekend • Alan Bradley’s reading list for the ghoulish and inquisitive child sleuth • Reflections on the Queen of Crime’s very English murder • Snapshots of the culture of crime reporters, from Chicago to Tijuana • 25 classic crime books you can read in an afternoon (or an evening, or a morning) • Which Shakespeare play is the most noir? Ranking the Bard’s plays as crime fiction

Elegy in Translation by Meg Day 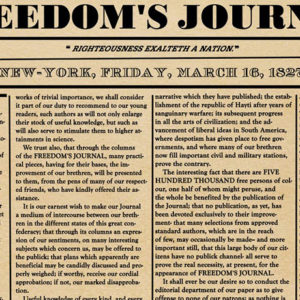 From the pages of The New Yorker to the streets of New York: the sad life and times of Maeve Brennan. | Lit Hub ...
© LitHub
Back to top