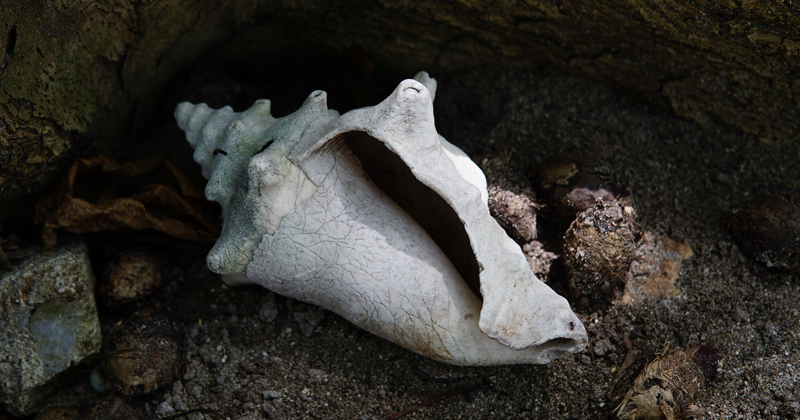 Elegy in Translation by Meg Day

This is the first poem in a weeklong series from the American Academy of Poets called Poetry & the Body.

Forgive me my deafness now for your name on others’ lips:
each mouth gathers then opens & I search for the wave

explain as the same oblivious blue of Hold the conch to your ear
& hearing the highway loud & clear. My hands are bloated

with the name signs of my kin who have waited for water
to reach their ears. Or oil; grease from a fox with the gall

of a hare, bear fat melted in hot piss, peach kernels fried
in hog lard & tucked along the cavum for a cure; a sharp stick

even, a jagged rock; anything to wedge down deep to the drum
inside that kept them walking away from wives—old

or otherwise—& the tales they tell about our being too broken
for their bearing, & yet they bear on. Down. Forgive me

my deafness for my own sound, how I mistook it for a wound
you could heal. Forgive me the places your wasted words

could have saved us from going had I heard you with my hands.
I saw Joni live & still thought a gay pair of guys put up a parking lot.

How could I have known You are worthless sounds like Should we
do this, even with the lights on. You let me say Yes. So what

if Johnny Nash can see clearly now Lorraine is gone—I only wanted
to hear the sea. The audiologist asks Does it seem like you’re under

water? & I think only of your name. I thought it was you
after I love, but memory proves nothing save my certainty—

the chapped round of your mouth was the same shape while at rest
or in thought or blowing smoke, & all three make a similar sound:

I’ve been thinking about the parallels between the historic and ongoing violence done to disabled folks—via legislation, education, medical intervention, and systemic exclusion or literal elimination—and the more intimate, covert violence that is supported by ableism in our private lives. This poem engages accessible desire and the dangerously common misperception that disability needs curing. What this incomplete rendering does not reveal is that this text is part of a contrapuntal poem; the second column is in American Sign Language. 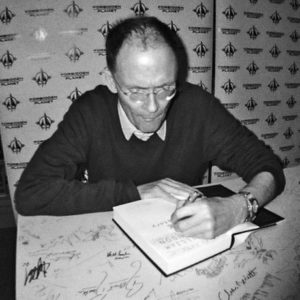 Lit Hub Weekly: March 12 - 16, 2018 “Union was an admirable goal, but Whitman never fully learned a main lesson of the Civil War: it was, most urgently,...
© LitHub
Back to top
Loading Comments...