Writing Rules That Were Made to Be Broken: Kill Your Darlings

Rule: You have to kill your darlings.

Now there’s a workshop rule I’d heard, internalized, and then parroted many times over—until I came across this revision advice from Elisa Gabbert (you can find the full quote here): “Keep your best line (or image or idea) and trash the rest . . . I guess the idea is that if you love something you can’t be objective about it. But I often find that I’m trying to make a poem work just so I can save the part I like best, and nothing but that part is really successful. Is a poem with no good parts better than a poem with only one good part that isn’t earned? No! Kill the crap I say and save your darling.”

Have I ever clung to narrative elements—a character, a subplot, a weird detail—for way too long, despite the urgings of others? Hell yeah. But I was not holding onto them because they were darlings, even though I might have told myself they were in the moment. Rather they were duds temporarily disguised as darlings, and once I realized I was holding onto these elements because I was scared or unsure or was being imaginatively lazy, I cut those duds and didn’t look back.

But every so often I do come across a true darling. It will be a jarring and ungainly presence on the page at first—what on earth are you doing here? I will ask every time I come across it, as will everyone else who reads a draft. And yet! Every time I come across the darling I don’t feel dullness and dread, as I do with the duds. Rather I feel the spark. Recently I’ve become narratively lovelorn for a marzipan lamb. Who can explain such things? Perhaps we can’t be objective about what we love, but is writing objectively the aim? For me, I do my best work when I’m writing from a place that is a little off-balance, a little deranged—when I’m writing towards what feels rawly and intuitively necessary, even if I don’t yet understand why.

I don’t think darlings come along that often (I get maybe one or two a year), but recognizing the presence of one means I am willing to re-order the universe of the story or novel to give it life, even if that means trashing the rest. 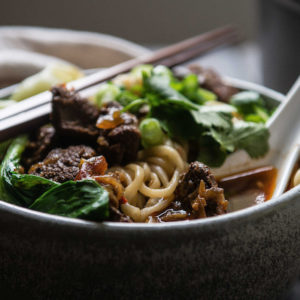 Something changes on the plane ride from San Francisco to Taipei. Inside the plane you are already molting into something...
© LitHub
Back to top