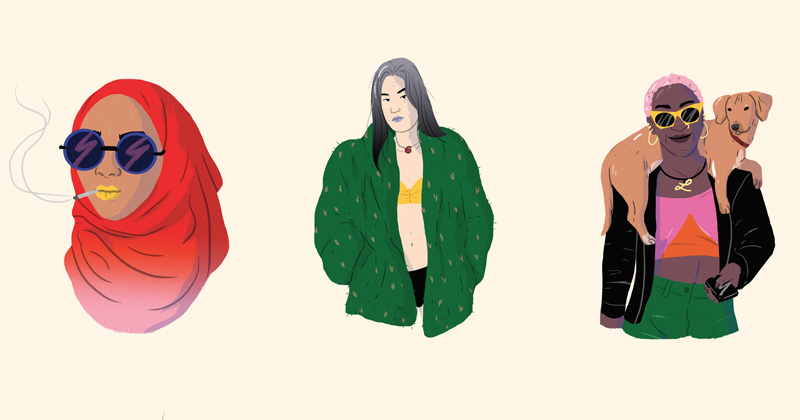 Five Poems from Women of Resistance

between his stomach
and his heart

that place
taken from

other animals
and eaten

with barbecue
and applesauce

licked clean
and then thrown

He says papillon and you want to take
his word for it. The thorax is missing its yellow wing.

What do you say when that happens. Muer. he says. He says you thought it meant
woman. But no, he says, and his chin. The slender proboscis drinks nectar.

Like a straw, you say. Yes, he says. Has one ever fallen on your sweat in summer.
won’t always get enough salt, from flower. The ocean, you think. Alive, he says

they are hidden in tree limbs, mimic the bark. You think: yeah, but the trees here
are rotten and burned. and it looks like a moth, torn. Others, he says, sniff the air for stem.

You want to ask: how many fingers to tear up the butterfly. But you know he’ll say
if they are only children, it does not count. You would smoke from the wingtip

and flame the wing. You say the sun is shot here. Everyone’s on edge. He says
any excuse, you’d trap butterflies in tupperware and ask strangers dumb questions like:

What do you call it when a dead thing’s wing comes off? You say you’d tell someone anyway.
You say you’d get the crying over with. If it was a little girl in dirt, touch her sun-edged hair.

Tender he says, what doesn’t know how to treat limb’s fruit. The same to you. You want the one

in the bowl who has lost her articulated flutter. To stand up to the claws.
To fight back. He says,

you’d still snuff it out. Ask any one. You say: your french words make me feel bad. You should

ask if he means it. If he means papillon you. Is he thinking of a dead one. one

that smells of fennel. What would he have called it when he was a boy

You have not had any thoughts regarding art for approaching three months
This is perhaps a consequence of the law
This is perhaps a consequence of the unknowable quality of the genesis of the law
You feel displaced and your displacement relates inextricably to the displacement of others
I desire a handful of order, asking if you see me with any real affection
The most combative of us have perhaps been spit on the most
To be honest: this is a difficult way to begin
Punishment has departed the body and comes looking for the spirit
I shore up my psychic spaces
Around me I feel there is an unambitious orbit of facts
When I accept them they are totalizing
Who is for what in a closed egalitarian loop?
My mom places her hand on the white hot book
My mom presses her color into the declarative sentence (“the big cat is brown”) to show you what
you want to know
Life, my friends, is a salt lick you tongue repeatedly
The sanctity of being principled and every few years aggressively trimmed back
They put you on a list and said that your collection was an honor
They named you after a lily white flower


It was like a dream of spiritual refurbishment, delicately, strangely

I remember the king passed massive amounts
of inarticulate feeling into law.
I envied all the beautiful things.
Sometimes I called my own name.
I cursed myself why do I have so many
strange questions. I tried to cram myself
with gentler things so as to release
some suppressed inclination. My name is
Woodtangle. I remember my mother
when she wore yellow was beautiful
like a fish and then she died. I remember
thinking my father was mean but knowing he
was kind. I remember thinking my father was
kind but knowing he was mean. I remember thinking
all things made of themselves examples of the
same thing. And Everyman the next day would follow.
I remember thinking the world ended a long time ago
but no one noticed. I remember every dinner
at Vespaio with Tomaz and the Saturday night
the antique cars paraded by for any hour
And I couldn’t breathe for the fumes and I was happy.
I remember thinking the sexual significance of
everything seemed absurd because we are made of
time and air (who cares) and then I remembered


the day the king passed massive amounts of inarticulate
feeling into law he threw a cherry bomb into the crowd
and I thought it was fruit and ate it.

In Support of Violence
Christopher Soto

Two hundred Indian women killed their rapist on the courtroom floor of Nagpur in 2004. When Police tried to arrest lead perpetrators // the women responded “arrest us all.”

Across his skin, we threw rocks & chili pepper
Arrest us all

We never wanted to kill // only to stay alive // &
We waited like virgins // for the gentleness of strangers // to help or empathize. 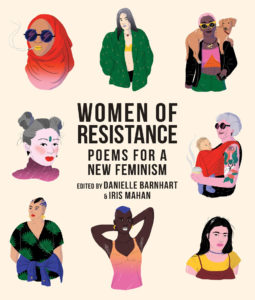 From Women of Resistance: Poems for a New Feminism. Used with permission of OR Books. Copyright © 2018 edited by Danielle Barnhart and Iris Mahan. 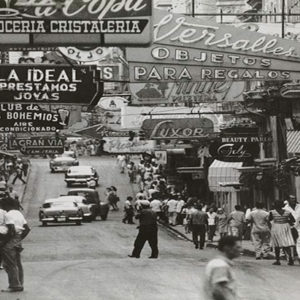 To the Brothers of Cesária Évora I’m at the jazz bar staring at the saxophonist looking for the entry wound. My...
© LitHub
Back to top
Loading Comments...