Pop music, sex dolls, arson, and more: 17 books to read this July · The most anthologized short stories of all time · Jessie Chaffee recommends 10 books on ecstatically mad women · We’re going to need more than empathy: On the importance of radical otherness · Maggie Shipstead on being alone (but not lonely) in Paris · Have journalists forgotten to think like readers? · How literature helped Rebecca Stott and her father survive life in a cult · Speaking with Jason Lutes, the American artist who’s been drawing interwar Berlin for 23 years · Judith Butler on the poetry of Guantánamo
This Week on Book Marks
Hari Kunzru on Naomi Klein’s guide to resisting Trump’s “shock politics,” No is Not Enough · A 1994 New York Times review of Octavia Butler’s Parable of the Sower · Jia Tolentino says Alissa Nutting’s Made for Love is “a total joyride, dizzying and surprising” · A 1981 review of the first novel in Douglas Adams’ beloved science fiction comedy series, The Hitchhiker’s Guide to the Galaxy · “Some of these are funny, some amusing, some flat, some nasty”: on Amateurs, Donald Barthelme’s 1976 short story collection · Negroland author Margo Jefferson on The Mambo Kings Play Songs of Love, Oscar Hijuelos’ Pulitzer Prize-winning novel · Spoon benders, sharks, and more: best-reviewed books of the week
Lit Hub Daily
Share: 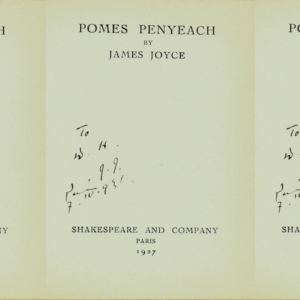 How I accidentally became a war correspondent: Lynda Schuster on her reporting journey from the wheat fields of Kansas...
© LitHub
Back to top