Anthologies are strange beasts. They are sometimes ludicrous, often ugly, and almost uniformly tyrannical. They have stories sticking out in odd places; they have holes in their sides. Those that claim to represent the state of short fiction at any given time are typically lying, to whatever extent mute volumes of literature can lie. But we forgive them, because it’s nearly impossible to fit a nebulous state of literature, with all its complexities of form, subject, race, class, gender, and nepotism (oh the nepotism) into a portable object made of paper.

Yes, we forgive them, and we read them, because pretty much everyone who is a consumer of short stories (or who has taken literature classes) has in their time discovered at least one great story in at least one anthology. I myself first read my favorite short story of all time (call it the FSSOAT) in an anthology assigned in a college creative writing class. (That short story is “The School,” FYI. The anthology was You’ve Got to Read This.) And we have many chances to do this kind of discovery, because every few years, there seems to be a new big-deal short fiction anthology hitting the shelves. So perhaps it’s not unsurprising that I see plenty of short stories, albeit primarily classics, designated as “among the most anthologized short stories of all time.” Exclamation, exclamation! But recently, in the wake of “Lottery Day” and in the midst of our collective summer reading fugue-state, I wondered: which stories are actually most anthologized?

To figure it out, I looked at 20 short fiction anthologies published between 1983 and 2017 (you can see the full list of anthologies I surveyed at the bottom of the page). I only considered anthologies that were general interest—no thematic anthologies (My Mistress’s Sparrow Is Dead: Great Love Stories, from Chekhov to Munro, etc.) or generic anthologies (SF, Fantasy, Romance, War, etc.) were consulted. I also excluded the yearly Best American anthologies (but included the more exhaustive 100 Years of the Best American Short Stories and The Best American Short Stories of the Century) and any other temporal, prize or journal-based collections (i.e. O. Henry Prize Stories 2014, Esquire’s Big Book of Fiction). Anthologies collecting both “American” and “International” stories were included, but other geographical organizations were not. (This admittedly makes the list skew American, but this was fairly unavoidable.) I made no distinction between stories by the same author published under different names (i.e. stories published under “Samuel Clemens” are here listed in the “Mark Twain” section), and I only noted authors with at least two stories anthologized among the twenty. Of course there are more anthologies than these twenty (though I hope no high-profile ones) and in addition to nationality, the data is also skewed by publication dates (which also couldn’t be avoided), but I think the below still gives a good picture of the most-collected short stories of the past 30-odd years. Now, whether those are the most-read short stories of the past 30-odd years is another question entirely.

After collecting the data, I made lists of the most anthologized stories and the most anthologized authors, as well as the authors inspiring the least consensus (that is, authors with no single story repeated across the 20 books surveyed, but several different ones included), and the authors inspiring the most consensus (authors with only a single story represented in the surveyed books, albeit, in some cases, many times). It’s worth considering the data in all four contexts—for instance, as you’ll see below, Tim O’Brien’s “The Things They Carried” is the most anthologized story by a relatively large margin, but for topping the heap in that regard, he’s closer to the middle of the list of most anthologized authors. That’s because although “The Things They Carried” appears in a full half of the books surveyed, he only has two others thrown in—whereas Raymond Carver, who tops the list for most anthologized author, has seven hits for “Cathedral,” two for “Are These Actual Miles?” and then six more stories divided between the books. But past that, I’ll let you explore for yourself. So without further ado:

The Most Anthologized Stories:

Tim O’Brien, “The Things They Carried”

Flannery O’Connor, “A Good Man Is Hard to Find”
Joyce Carol Oates, “Where are you going, where have you been?”

The Most Anthologized Authors:

The Authors Inspiring the Least Consensus:
(the authors with the most unique stories—and zero repeated stories—across the 20 anthologies)

One Hit Wonders:
(the authors with the most reprints of a single story across the 20 anthologies, with no other stories represented)

Lauren Groff, “At the Round Earth’s Imagined Corners” x 2 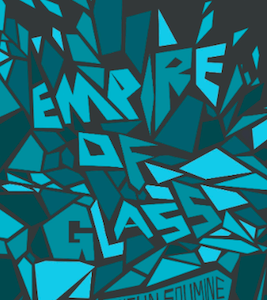 From his morning perch atop Gansu’s yellow cliffs, the New Year arrived with the pop hiss of firecrackers set on the valley’s...
© LitHub
Back to top