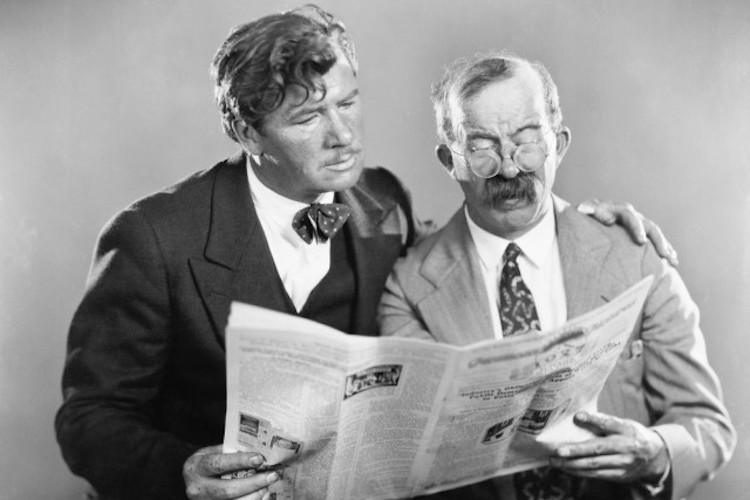 A Modest Proposal to Save the Media: Tell It To Me Like a Six-Year-Old

Last week, I was at my desk in a newspaper office in one of the busiest corners of New Jersey, editing a crime story by a young reporter. Her article repeatedly referred to a 36-year-old man who’d just been arrested in Hoboken for “possession of CDS.” When I asked her why she hadn’t used the term drugs even once in her story, or at least spelled out “Controlled Dangerous Substance,” she thought about it and replied, “I guess I just got used to seeing it that way in the police reports.” It was, on a broader level, the same kind of question I’ve had to ask veteran reporters lately, and a question I’ve had the urge to ask when reading stories in even the most established daily media outlets, because I’ve noticed a disturbing journalistic trend—reporters and editors who’ve forgotten how to think like readers.

Despite the increasingly complex and crucial stories dotting the national landscape—health insurance policy, North Korea, immigration, Syria—many daily newspapers and wire services are failing to include even a sentence of background early in their stories to give readers the tools to slide further into a complicated issue. It used to be traditional to include at least a “nut graph” soon after a lead in order to orient a reader, but these clarifications and history have been absent from the cover stories I’ve read in major daily papers. I’m not talking about “dumbing down” the news as much as making it more user-friendly, and journalists who fail to do the latter are squandering their brief but real chances to invest new readers. By frontloading stories with complex details and insider jargon, they may only drive consumers back to the memes, soundbites, and fake news that became the shorthand of the last election.

To cite a recent ramification of the trend: Just a few months ago, the New York Times reported on a Morning Consult poll that said more than a third (35 percent) of Americans weren’t sure “Obamacare” was the same policy as the Affordable Care Act. The survey was conducted at a time when Republicans were finalizing their “repeal and replace” proposals and the issue was hotly debated in newspapers and on TV. The most puzzled survey respondents were also the ones most likely to be affected by the potential change, including people ages 18 to 29 (many of whom aren’t old enough to remember how insurance worked before the law). As I combed through the last four months of coverage, I found scores of stories in daily papers and other media that failed to ever include a brief phrase such as “sometimes colloquially referred to as ‘Obamacare,’” or include an explanatory sentence somewhere in the story: “The ACA is sometimes informally referred to as ‘Obamacare.’”

A mere six to nine words would arm readers with the context for the increasingly complex parts of the story, but I know from my own editing experience that reporters grow weary of repeating the same history in each piece they write, and start assuming everyone approaches the news having read their other articles. This is a crass and cocky assumption, but not one made in bad faith. Journalists who spend ten hours a day researching a subject develop a skewed understanding of what others know. (This is not exactly the same as having a skewed opinion of the public’s political leanings, as happened last year, but it’s a similar issue). While several news sources (particularly those on-line) did publish explanatory stories meant to break down the complexities of the ACA, there’s no telling that a reader got to those first. It wouldn’t hurt for each story to include a sentence or two of context or background near the beginning so a reader stays invested in the debate.

The Syrian crisis, for example, reveals an interesting and related media phenomenon: the conflict has been raging since 2011, with more than 400,000 lives lost and more than a third of the population displaced, but Americans’ outrage flares up on social media approximately every six months, then fades again. The periodic pleas for help occur not after a brave foreign journalist files a provocative story, but because of a viral visual.

In September of 2015, the media published a photo of three-year-old Syrian boy Alan Kurdi washed up on a Turkish beach after his family tried to flee, his socks and sneakers still intact from when—we’d presume—his parents had painstakingly dressed him that morning. The photo captured the hearts and minds of many until they settled back into complacency for several more months. “In the end,” the boy’s father told the British press a year later, in September of 2016, “the photo did not change much.”

Around the time of that quote, in August 2016, an image went viral of five-year-old Omran Daqneesh of Aleppo, his face bloody and caked with dirt, sitting expressionlessly in a chair as he awaited medical attention. The social media outcry lasted another day or two. Four months later, in December 2016, visuals were published of seven-year-old Bana al-Abed, who Tweeted from Aleppo as her city was besieged by bombs and gunfire (her family ultimately escaped to Turkey). Her cries for help were retweeted with desperate pleas from Americans to save the children—and then, five months of relative quiet followed. That was, until the most horrifying videos emerged in early April: footage of kids being gassed to death in the Idlib Province. But rescue workers had been saying for years that Syria was using chemical weapons. It wasn’t that Americans didn’t care, but with their own jobs to do and mouths to feed, they grasped the impact much more quickly from a photo rather than the proverbial 1,000 words. Reporters and editors could do a better job of keeping the public invested in future stories by making the first 100 of those 1,000 words count, so they stay engaged and understand the scope of the ongoing situation. Then perhaps consumers would have a stronger opinion when, ultimately, our country responds with an unprecedented airstrike (which they did two days later)—or whatever is to come in the future.

Yet what kind of reporting was going on regarding Syria just a few weeks before the April 4 gas attack? This was the Associated Press update on the Syria situation on March 5, in a general-interest story that ran in the Fort Worth Star-Telegram, the Boston Globe, the Denver Post, PBS.com, NBC, ABC, and other popular outlets: “Five months of multi-sided clashes in Syria’s crowded northern battlefield have displaced some 66,000 people, a U.N. humanitarian agency said Sunday, a day after the U.S. bolstered Kurdish-led forces with a deployment of armored vehicles amid preparations for a push toward the Islamic State group’s de facto capital.” The subsequent paragraphs lacked even a few words of history and context to tell readers that nearly half a million people had died in a six-year war.

When newspapers use wire services, they’re using stories often written for an international audience that understands the backgrounds and can picture the geography around foreign conflicts—so individual editors should make the effort to clarify the issue for their readers. The lead paragraph of the Syria story, a whopping 48-word first sentence, at least could have been clarified by slicing the unnecessary words “crowded” and “some.” But here is a plain-language edit: “During the deadly six-year conflict in Syria, the most recent fighting has focused in Syria’s northern battlefield, where multiple groups have grappled for control. A United Nations agency announced on Sunday that in the last five months, 66,000 people have been displaced there—a statement issued the day after the U.S. gave armored vehicles to the Kurds for an impending push toward the Islamic State’s de facto capital.” Still too complex? How about: “In Syria’s northern battlefield, once controlled by the Islamic State, multiple groups have spent five months grappling for control. On Sunday, a U.N. humanitarian agency announced that as many as 66,000 residents have been displaced in that time. The statement came a day after Kurdish-led forces, with the help of armored vehicles provided by the US, prepared to push toward a makeshift capital still controlled by IS.”

To be fair, the Syrian crisis is a conflict that, unlike some, fails to fall neatly along national, racial, or ethnic lines, so it’s difficult to summarize—but therein lies the challenge for a writer and editor. (It’s also a reason that newspapers should stop cutting their copy-editing staffs, as many have been doing. Thankfully, the Washington Post looked to hire more copy editors earlier this year.) Reporters, with fewer editors to guide them, also must be careful to include background and laymen’s details.

Everyone has a bubble or sphere of knowledge. It doesn’t make one person more cerebral than another, but points to differing frames of reference. I’m often amazed by those who can easily recite the rosters of 30 major-league baseball teams and tell me who’s on the DL, when I (embarrassingly) couldn’t name three players in major league baseball—but those details matter; they affect a billion dollar industry. Likewise, media professionals may falsely assume everyone shares their knowledge of government intricacies while they continue walling themselves in by a construction of political terms and legalese. These assumptions are, as we have seen, dangerously shortsighted. As citizens, we should all be able to better educate ourselves so we’re prepared for a critical situation or change in policy.

Besides finding and telling important stories, the media has a weighty mandate: to craft those stories in a user-friendly way so consumers will read past the headline. Otherwise, the difficult work of investigating and writing a story sees little readership and thus, little payoff. With news outlets constantly shrinking and some dying out, there’s no part of the country that can’t benefit from more media right now, and no media that can’t benefit from more people engaged in it. So it’s important to write cover stories in such a way that they don’t all sound like “inside baseball.”

In the 1993 movie Philadelphia, helmed by the recently departed Jonathan Demme, Tom Hanks’ character—a lawyer with HIV who’s fighting to get his job back—shares a frequent refrain with his attorney: “Explain it to me like I’m a six-year-old.” “Explain it to me like I’m a four-year-old.” Both men are smart enough to know that they need to understand every detail of a complex situation. News professionals, too, need to do a better job of arming readers with the background and context of an ongoing issue, rather than thickening the walls of their bubble. A reader gained is a reader better equipped to face our changing news landscape, and it’s changing so rapidly right now that we need all hands and minds on deck.

Caren Lissner is the editor-in-chief of the Hudson Reporter newspaper chain in New Jersey and has written for Atlantic CityLab and the Washington Post. She's also a novelist and humor writer whose first book, Carrie Pilby, was just made into a comedy film. Her more satirical writing can be found on McSweeney's and in the Rumpus.
http://carenlissner.com 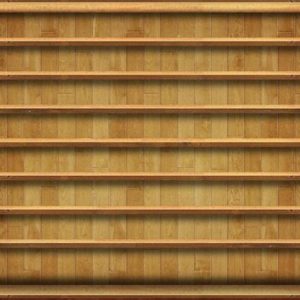 When my father won the English prize at his grammar school in 1946 his teachers gave him a copy of Arthur Mee's Book of Everlasting...
© LitHub
Back to top