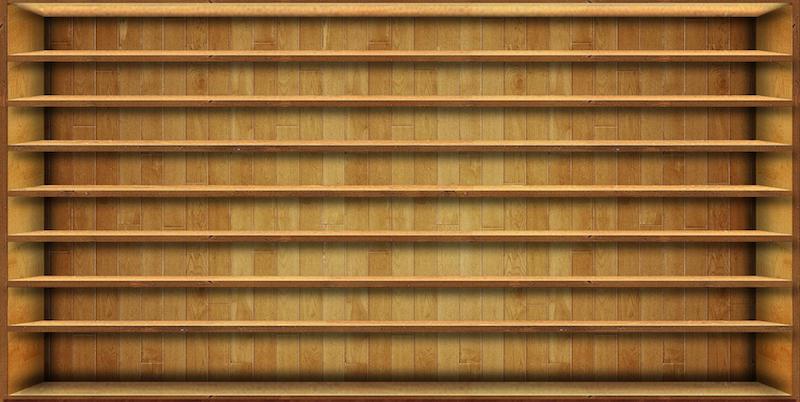 When my father won the English prize at his grammar school in 1946 his teachers gave him a copy of Arthur Mee’s Book of Everlasting Things. He was seven. Though only certain books were allowed in Exclusive Brethren homes, my preacher grandfather examined the volume and pronounced it acceptable. “This was a serious mistake,” my father told me. “It would have been far safer to let me read Rover and Beano.”

“I knew there was a world outside the Brethren,” he said, referring to the closed Puritan sect into which he had been born, “but I’d seen nothing like this. The Brethren line was that literature, sculpture, painting and secular music—even human imagination itself—were all mischievous, frivolous and seductive distractions from the scriptures. The only important thing to God, we were told, was your reborn self in the Spirit.”

To my father’s surprise, sin, repentance and being-born-again weren’t mentioned in the Book of Everlasting Things. “A door opened up in the wall that had been built between me and “the world,”’ he said, “and I slipped through it.”

I have my father’s copies of Mee’s books on my bookshelves. They smell musty. The pages have yellowed. The Book of Everlasting Things, 352 pages long, contains extracts from great literature and art. The American Declaration of Independence sits next to Matthew Arnold; Henry Vaughan next to George Eliot. Later in the book there’s the best part of The Ancient Mariner, twelve pages of In Memoriam, nine pages of Samson Agonistes, Gray’s Elegy, five pages of Paradise Lost, the whole of Adonais—“in which, at the age of eight, I almost drowned,” my father wrote—a long passage from Robinson Crusoe, Shelley’s To a Skylark and Keats’ Ode to a Nightingale, whole speeches by Demosthenes and Pericles, eight pages from The Odyssey, Cicero’s Essay on Old Age, Plato’s account of the death of Socrates, Edward Fitzgerald’s Rubábaiyát of Omar Khayyám, five pages of the Areopagitica, eleven of Shakespeare’s Sonnets and several passages from his plays.

My father, seven years old, was enthralled. He began to memorize the Shakespeare speeches anthologized there, rehearsing them in his bedroom when his parents were out—Julius Caesar’s “That was the noblest Roman of them all,” Twelfth Night’s “Make me a willow cabin at your gate,” “Tomorrow and tomorrow and tomorrow” from Macbeth and “Come let’s away to prison” from King Lear. He fell in love with Emily Bronte, he told me on his deathbed, 40 years after he had left the Brethren, his eyes glistening with tears.

“The words of remarkable men and women,” he said, “began to swarm inside my head. Other feelings, other judgements, other passionate beliefs opened up to me as I read,” and then he quoted the lines from Keats’ “On First Reading Chapman’s Homer,” as he would do again many years later, often weeping: “Then felt I like some watcher of the skies / When a new planet swims into his ken.”

“Soon I had a small library of pieces in my head,” he told me. “I could go there at any time, even when I was in a Meeting. I had a secret, non-Brethren compartment inside my head.”

By the time I was born in 1964, the fourth-generation of the Stott family to be born into the Brethren, my father had become a preacher. He had been to Cambridge, studied literature under C.S. Lewis, written poetry, watched Ingmar Bergman films, been reprimanded for his worldly ways and prayed over. Then things had changed. The new leader, a New York linen merchant, they called him the Man of God, had begun to turn the Brethren from a strict separatist Puritan sect into a cult. He had introduced hundreds of new rules that governed every aspect of Brethren family life: no pets, no wristwatches, no cinemas, newspapers, television, no eating with non-Brethren, no restaurants, no sports, no trousers for women, no skirts above the knee, no unions, no professional associations. If you didn’t comply you’d be excommunicated and then you’d never see your family again. Thousands of Brethren had left. My large extended family stayed in. There were suicides, breakdowns even, in one tragic case, a whole family murdered because the father wanted to save them from Satan. We lived in a world of fear and surveillance.

So there were no books in my house when I was growing up either. The family bookshelves contained ministries in shelves of color-coded volumes and a single set of encyclopaedias. All the books my father had bought in his university years were now long gone, burned on the garden bonfire or delivered to the local charity shop. Though those Shakespeare soliloquies were still echoing in his head, I did not know about them, or know even that such a man as Shakespeare had existed. We were living in Brighton in the 1960s. None of us had ever heard the Beatles or seen the footage of the moon landings.

I was compliant—girl children had to be. I was subject. I wore headscarves when I was told to. I kept quiet in meeting. Women were supposed to be seen and not heard, sit at the back, follow orders. But I was not compliant inside. I seethed with rage but also prayed to be delivered from the rage I felt. I was curious but there was no where to get answers to any of the questions I wanted to ask.

Fascinated by the man I’d heard my father and grandfather preach about who he said had been sent to earth by Satan to lead men from the Lord by telling them they were descended from monkeys, I went to look Darwin up in the family encyclopaedia volumes. I was six. Where the entry should have been there were only the stumps of two razored-out pages, pages my grandfather had excised as soon as the volumes arrived.

We were not supposed to go into the library at the ordinary preparatory school I attended. Our teachers, following my parents’ instructions, sent us out of most lessons so we did worksheets in corridors. When I was seven I crossed the threshold into the school library during school assembly, curious about the walls of books I had glimpsed there. I snatched a copy of Enid Blyton’s The Secret Island, hid the book away and read in stolen moments, about Jack, the young boy drifter who escaped with the three orphaned children to the secret island. Jack was outspoken, brave and bold. He told the children that grown ups were not always right. He taught them to trust their instincts. He persuaded me to trust mine. Over the following years Jack became a secret interloper inside my own head. He lead me to other stolen and secret books.

By the time my family left the cult after a sexual scandal involving the cult leader in 1970, and learned to live in the outside world that we had been told was run by Satan, my father and I had much to share: books, stolen, mused over, secret loves. We spent years telling each other about the treasures we had discovered and stored away in our heads.

By the time my father was diagnosed with terminal cancer I had become a professor of literature and was beginning to write novels of my own. My father had been to prison for fraud and embezzlement because he had developed a gambling addiction but he had also written four plays, volumes of unpublished poems, made films for the BBC and had performed in many amateur Shakespeare productions. On his deathbed he decided he wanted to watch all Ingmar Bergman’s films through “one last time.” There were fifty-eight. He managed to only eight.

A few days before he died he asked me to read him Eliot’s Four Quartets and recited, barely conscious, a series of poems by Yeats and, to my surprise, he asked for a favourite passage from a Salman Rushdie essay I had given him years before. “Literature tells there are no rules,” I read, barely able to speak for tears. “It hands down no commandments. We have to make up our own rules as best we can, make them up as we go along. And it tells us there are no answers; or rather it tells us that answers are easier to come by and less reliable than questions. If religion is an answer, then literature is an enquiry, great literature, by asking extraordinary questions, opens new doors in our minds.”

School libraries, school prizes, teachers, Shakespeare, Jack, books. If I am a professor of literature now, if I have the privilege to write books of my own, it is not to question religious truths, or to preach scepticism, it is to make a plea like Rushdie did, for us to find ways to keep those doors open in our minds and those of the children we raise.

Rebecca Stott is a professor of English literature and creative writing at the University of East Anglia in Norwich. She is the author of Darwin’s Ghosts: The Secret History of Evolution, the novels The Coral Thief and the national bestseller Ghostwalk, and a biography, Darwin and the Barnacle. She is a regular contributor to BBC Radio and lives in Norwich. Her newest books, IN THE DAYS OF RAIN: A Daughter, A Father, A Cult is out now. 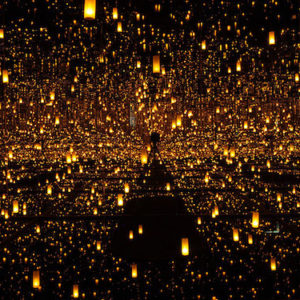 There seems to be no shortage of enemies we’re supposed to fear these days. Terrorists pretending to be refugees, illegals...
© LitHub
Back to top