Mothers who leave their children: On the pain of motherless nights · The most-anthologized poems of the last 25 years · Trump’s shameful, cruel ban on people like me: A president’s attempt to normalize hate · Michael Chabon, Lindy West, Jim Shepard and more on how to be a writer · An interview with Ocean Vuong, reluctant optimist · Reading aloud with others is more important than you think: A brief history of social reading ·  How the witchcraft of Clarice Lispector saved Scott Esposito’s life ·  Paul Lynch on what the fictional past reveals of the real-life present · How Patti Smith brought rock ‘n’ roll to New York poetry · 90 poets on the legendary John Ashbery, in honor of his 90th birthday
This week on Book Marks:
“I eat men like air”: A 1966 review of Sylvia Plath’s posthumously published poetry collection, Ariel · NPR calls Scott McClanahan’s autofictional portrait of the destruction of a marriage “a primal scream of a book”  Joan Didion’s surgical prose and crushing fatalism in Play It As It Lays · “Capitalism is to Rooney’s young women what Catholicism was to Joyce’s young men”: On Sally Rooney’s Conversations With Friends · “Simply put, the best Twilight Zone episode you never saw”: Stephen King on The Leftovers · One of her earliest New York Times book reviews, Michiko Kakutani on Richard Yates’ Revolutionary Road · Comic novels, darkly fantastical short story collections, and harrowing memoirs all feature among our best-reviewed books of the week
Lit Hub Daily
Share: 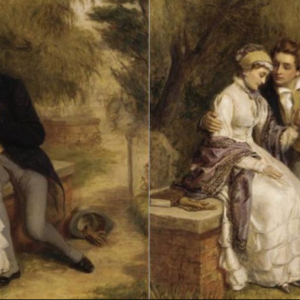 90 lines for John Ashbery’s 90th birthday: Eileen Myles, Jim Jarmusch, Paul Muldoon and 87 others in praise...
© LitHub
Back to top