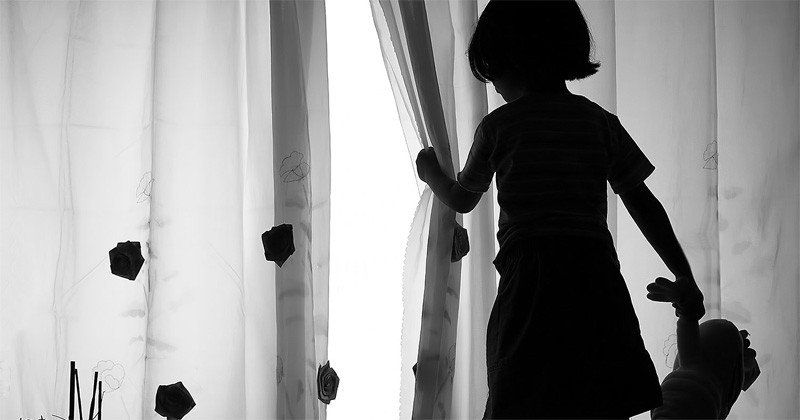 Melissa Chadburn on the Pain of Motherless Nights

This morning I heard two different stories of a mother who left with a man. Amanda Kristine Hawkins was the first; she left her two-year-old and one-year-old daughters in her car for fifteen hours. They died. It’s San Antonio in June. The temperature ranges from 94 degrees at its hottest to 74 at its coolest. People around those parts spend their days at Flat Rock Lake, jumping in and out of the water.

The night before Amanda’s children died she was inside a house with a 16-year-old guy. She was 19. Someone in the house said they heard the kids crying and asked her to bring them in. She chose not to. “Must’ve been drugs,” my partner said. Because who would leave their children alone in the car for so long, were it not for drugs?

Man was mom’s drug. Tall man, short man, smart man, dumb man—when my mom saw Man, she became a ghost. All other times, she watched me: my everything, my hands, my hair, my face. She slept with a long T-shirt, no pants, her legs wrapped around me, our two twin beds pushed together. I felt the heat of her pulsing at my spine. I hated to feel the pulsing heat of her. She had dandruff. I hated the dandruff, all over her shirts and blouses. She thought people did not know when she skipped a shower, but we knew. Everyone knew. Because of the dandruff.

When I think of those two babies alone in the car, I think of myself, lying in a bed at night and slowly inching my outstretched hand in front of my face. My left hand around my right wrist pushing it away, my right hand pulsing forward. I pretended it was someone else’s hand. The Hand of a Predator. I did this to try to keep myself awake on nights I was left alone.

After reading about Amanda Hawkins, I headed to work, pulled onto the 5 freeway over by Griffith Park headed south when I heard about the second mother who left: P-42. Two small lion kittens were abandoned by their mother in the Santa Monica mountains. They died. Officials suspect that a male mountain lion, known as P-27, visited the cubs’ den. P-27 is roughly nine years old and wanders the western end of the Santa Monica Mountains. After visiting the den, P-27 and the kittens’ three-year-old mother traveled together for six days. Park Ranger Kate explained, “We have seen a similar scenario in our study when the mom will leave the den with another male, seemingly to distract him from preying on the kittens, and will then return and move the kittens to a new location.” In this case, the mother did not return.

I met a mother who murdered her baby once. I took her to see her dead baby. I didn’t know she was a murderer; she was just my client, and I was just a case manager at a transitional housing program. Once I parked at the mortuary, I didn’t know what to say. I just kept on talking. I was new at this job. I had a hard edge to me, tattoos; I was the only one who had gone to grad school. I studied law. Res Ipsa Loquitor. Latin for, “It is what you call it.”  I learned that in law school.

My client thought I lived in the woods because there were smashed remnants of jacaranda guts all over the hood and windshield of my lemon yellow Ford Taurus. What she didn’t know was that these trees embraced the outskirts of the park where you could score black tar heroin. As a teenager, I’d go there searching for my brother nights he went missing. By the final night he scored, I had already given up on him.

The client, who I’ll call Patience, looked at the flowers and said, “You must have a pretty life.”

In Central Texas, where Amanda Hawkins lives, there are tiny turfgrass pests all over. A mite so tiny called the Bermudagrass Stunt Mite or BSM for short. Inside the house Amanda was in, there were likely thousands of silverfish, lining the foundation. Silverfish sound lovely: what a nice name, like a cotillion. Like Jean Nate and Mint Juleps on the porch. Silverfish. But they look more like pincher bugs, chewing insects, and they can live off of wheat and flour, glue and dried meats. Unlike small children, silverfish can live a long time, sometimes over a year, without food. Of course, we all think of the louder bugs when we think of the south: the cicadas, the crickets, the grasshoppers, things that go chirping in the night. Along with all the chirping of the insects and the birds are the frogs. The Texas toad is nocturnal and burrows itself in the loose soil. They feed on insects like the silverfish and the crickets, and the walking sticks.

I dissected a frog when I was much younger than most kids are when they dissect frogs. I was in such a hurry to move ahead in life that I enrolled in a summer course at the local community college when I was 12. It was a marine biology class for young people. We dissected a dog shark and a perch. But that frog . . .

I pinned its hands and feet to the black pinning wax that lined the aluminum dissection tray. The frog’s belly was exposed, open—vulnerable, the frog itself splayed out like Christ. I took my X-acto knife and slowly carved a window out of the frog’s belly. With tweezers I poked and prodded at the frog’s organs, the frog spleen, the frog stomach, the frog intestines.

After locating and labeling all of the organs, we were supposed to take the stomach out, open it up, and note the frog’s last meal. Maybe I’m remembering or maybe I’m just guessing, but I believe that my frog’s last meal was a fly. I did not feel enlightened by this at all. I had hoped that there would be more cutting, more mess involved in this dissection. A part of me held back from cutting off the frog’s limbs and neck. This process seemed very pristine, elevated. The room and the frog and the frog’s insides all smelled like formaldehyde. It seemed much more violent to me that this business of death was all so orderly, so sterile. The teacher came around and observed all of our specimens when we were done. My frog, there, with the stomach out sliced open, unraveled.

I would think of this years later when I was in my twenties and I was robbed, my sister’s jewelry box dumped open, all the jewelry spilling over the sides. It was the day I’d come home finally with enough money to visit my dying brother, only to find out he’d already been dead a month.

Brynn Hawkins and Addyson Renae Overgard-Eddy, the daughters of Amanda Hawkins, P-57 and P-58, the lion kittens of P-42, Queen Standford, daughter of Patience, my brother and I—we all know the terror and devastation of a motherless night.

My first motherless birthday was in 1992: a time when LA kids chewed Snappin’ Apple bubble gum, drank fruit juice out of baby bottles, and wore pajamas to dance parties. I spent that birthday with my friend Kevin instead. That night, I didn’t look over at him, but I could hear him breathing beside me. We were both staring up at the ceiling in the darkness. Tears running down our faces. Remembering our complicated mothers.

It wasn’t until much later—when people called Kevin Captain Welfare and he had a pager and swore if he ever won the lottery he’d just buy a ton of drugs, when I asked him if maybe he’d want to invest in anything and he said, oh yeah, a washer and dryer, cause he hated going to the coin-op, when outside in the streets Blacks and Latinos continued to be stopped and frisked and shopkeepers asked us to leave our backpacks at the doors in the corner store, when eventually Kevin died and more promises sprang up than jobs—that I thought again about that night we allowed ourselves to long for something, someone.

We lay there and longed for our mothers. All we wanted was to be close to someone, and nothing in the world allowed for that.

Melissa Chadburn manages economic justice fellows at the Center for Community Change and teaches journalism at Loyola Marymount University. Her work has appeared in the Los Angeles Times, NYT Book Review, NYRB, Longreads, and dozens of other places. Her debut novel, A Tiny Upward Shove, is forthcoming with Farrar, Straus, & Giroux. 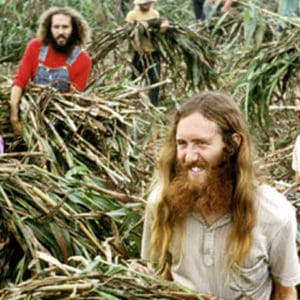 In the winter of 1971, Stephen Gaskin of San Francisco, who had risen to fame as a teacher and psychedelic shaman, led three...
© LitHub
Back to top