A List of Lists Featuring a Lot of Poets

Recently, I spent a few days searching through the contents of short fiction anthologies to figure out the most frequently anthologized short stories of the recent past. The results were useful, and one commenter on that post suggested that it would be interesting to do the same thing with poetry—I agreed, and set myself the task.

To figure it out, I used the same essential methodology as I did for the short stories: I looked at the tables of contents for 20 anthologies of poetry published between 1992 and 2016 (you can see the full list of anthologies I surveyed at the bottom of the page) and added them all up. My aim was to see what has been included in “general” poetry anthologies for English-speaking readers, so I looked at anthologies that collected international, American, and English-language poems, and I accepted all time periods, but did not allow for any segmentation or specialization otherwise.

I make no claim to having gotten to every anthology that fits those parameters, of course—consider this a representative sample. Even so, the amount of data I wound up processing was enormous. Poetry anthologies have way more entries in them than short story anthologies, and are sometimes thousands of pages long. I knew this already, of course, but now I know it with my whole body, from shriveled eyes to laptop-burned thighs to cramped feet. But in the end, I got there. I counted all the poems.

In the below list, I have only included those poems that appeared three or more times across the 20 anthologies—there were many more that were represented twice, but one has to draw the line somewhere. I should also make clear that—unlike short stories, for the most part—poems, especially old poems, are often given different titles in different editions, and even oftener, certain lines from a longer poem are excerpted, to be notated in the table of contents however the editor of the anthology sees fit. Since I didn’t always have access to the full anthology to check which poem—or which part of which poem—was actually included, some of the data here may be slightly soft. I’ve done my best, and marked places where there was obvious confusion. Now, with no further ado:

The Most Anthologized Poems of the Last 25 Years:

Nine Inclusions:
W. H. Auden, “Musee des Beaux Arts”
Elizabeth Bishop, “One Art”
Gwendolyn Brooks, “We Real Cool”
Emily Dickinson, “Because I could not stop for Death –”
Robert Frost, “Stopping by Woods on a Snowy Evening”
Langston Hughes, “Harlem”
Marianne Moore, “Poetry” [two versions of this poem exist; where both are included, I’ve counted it once]
Sylvia Plath, “Daddy”
Ezra Pound, “In a Station of the Metro”
Theodore Roethke, “My Papa’s Waltz”
Wallace Stevens, “Thirteen Ways of Looking at a Blackbird”
Wallace Stevens, “The Emperor of Ice-Cream”
Richard Wilbur, “Love Calls Us to the Things of This World“ 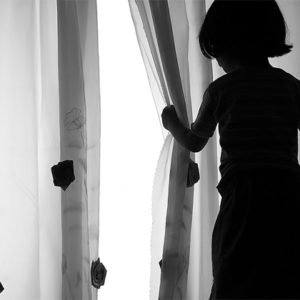 This morning I heard two different stories of a mother who left with a man. Amanda Kristine Hawkins was the first; she left...
© LitHub
Back to top