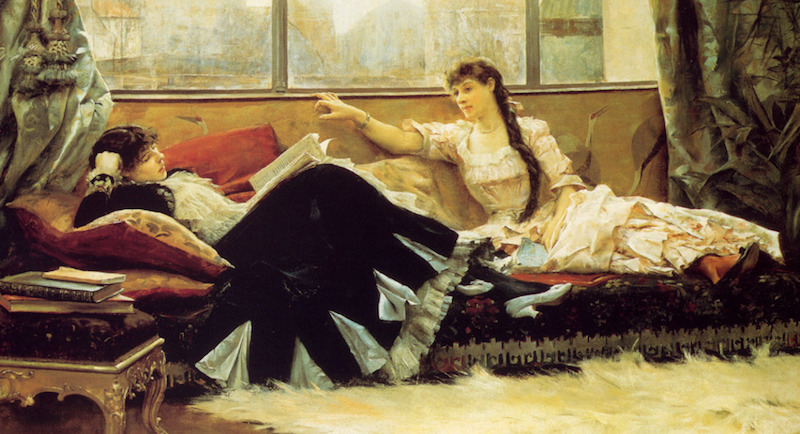 A Brief History of Social Reading

On 15 April 1802, Dorothy and William Wordsworth took one of the most significant walks in literary history. They set out in blustery weather, across the fells near Ullswater in the Lake District. It was misty and mild, with a strong wind, and the first signs of spring were emerging in the hedgerows. Passing Gowbarrow Park, they saw a few wild daffodils, and then as they walked along, they discovered a whole belt of them, almost as broad as a road. Dorothy’s journal entry reads:

I never saw daffodils so beautiful they grew among the mossy stones about & about them, some rested their heads upon these stones as on a pillow for weariness & the rest tossed & reeled & danced & seemed as if they verily laughed with the wind that blew upon them over the Lake, they looked so gay ever glancing ever changing.

Brother and sister continued their walk and later found refuge in a tavern, where they enjoyed a robust meal of ham and potatoes. After supper, Dorothy recounts: “William was sitting by a bright fire when I came downstairs. He soon made his way to the Library piled up in a corner of the window. He brought out a volume of Enfield’s Speaker, another miscellany, & an odd volume of Congreve’s plays. We had a glass of warm rum & water—we enjoyed ourselves & wished for Mary.”

There is much to say about this record of a day. Dorothy’s diary entry, fuller than the extract quoted here, was to provide the basis for her brother’s more celebrated poem “I wandered lonely as a cloud,” written two years later, in which he describes the daffodils as joyful companions to a solitary poet-walker. The poem became perhaps the most famous lyric in English literature, the embodiment of the romantic celebration of imagination and nature. Dorothy’s diary, on the other hand, is less known outside academic circles. What is also striking is that the poem and the diary represent two very different kinds of literary activity. In writing about the daffodils, Wordsworth emphasized the solipsistic aspect of his experience: the solitary, absorptive, silent nature of imagination, and the images that “flash upon the inward eye.” But his sister’s journal entry, behind that poem, records the mutual enjoyment of the walk and its daffodils, and it ends, significantly, with communal domestic entertainment. Brother and sister sit by the fire in a tavern after a long day out, taking down random popular collections of verse and drama from the shelves, and reading them aloud together over a glass of rum before bed. Dorothy’s version, written in a diary that she often read aloud to her brother, is a story about shared experience.

William Wordsworth and other romantic writers were hugely influential in shaping a model of poetry and literature as a form of individual self-expression, and reading as a source of personal inspiration and self-discovery. For centuries before and since them, poets, artists, and philosophers have, in one historian’s words, “limned their aloneness,” emphasizing the role of solitude in the creation of culture and knowledge.

But communal reading and literary activity have been an equally important part of our cultural history. What might we learn if we dwelt a bit longer on Dorothy Wordsworth’s account of her day of walking and reading? Was their experience shared or singular? Was enjoying a book together the same as doing it alone? These questions reverberate throughout the history of sociable reading. The episode illuminates how the appreciation of a work could be shaped by the practical settings within which it was enjoyed—in this case, the valuing of “an odd volume” of Congreve’s plays is less about its content, and more about the circumstances in which it is read, over a glass of warm rum, with a loved one, after a memorable day out. We see the whimsical, happenstance nature of literary choices: the Wordsworths take down whatever they find on the shelves of the tavern, and it serves an end, for an evening—it is not a carefully thought out programme of intellectual improvement. What is read is less important than how. The story also illustrates the role of compilations: the other book that Dorothy names, William Enfield’s The Speaker, was one of the most popular collections of the time, a selection of verse and prose originally aimed at the moral and social improvement of the young, but which came to be used in many homes as a familiar assortment of readable extracts to while away an afternoon or evening in company. Dorothy’s example of shared reading offers us a literary experience in which place, company, food, drink, and accessibility all play an important part.

A history of sociable reading puts books back into lives and homes, enabling us to see literature in the round. Hairdressing, carriage rides, and stuttering children all play a part in its story. We can see the way readers’ hopes, choices, constraints, and concerns form part of the history of meanings of the book we hold before us three centuries later. It highlights how certain practical and cultural contexts—limited lighting, rudimentary ophthalmology, increased leisure time, desire for the display of polite knowledge— affected the ways in which books were consumed. It also enables us to understand better some of the particularities of the literary history of the era.

Sometimes reading together was a preventative measure—particularly in the case of newly fashionable prose fiction, which was widely represented as dangerously titillating. The eroticized solitary female reader depicted in Auguste Bernard d’Agesci’s painting Lady Reading the Letters of Heloise and Abelard evokes powerfully the perceived seductions of fiction that accompanied the heated debates over the rise of the novel. In fact, she is probably not a reliable representation of the average 18th-century novel reader, who, according to some recent book historians, was more likely to have been a respectable middle-aged man. But we can see in her an image of the moral laxity that could stem from ungoverned fiction reading. Sociable reading could be a corrective to such habits, enabling parents to regain some control over the reading lives of their household, and to guide the young and morally vulnerable towards more appropriate forms of literature.

By considering the life of books read out loud, we can also start to see and hear the orality in the history of the book. The sharing of reading is evident both in the material form of books and in their reception history. Print sizes, book formats, and genres of writing were shaped by their suitability for performance. Large text, small books, short extracts, episodic structure, epigrammatic snippets: all made text more portable or more adaptable for use in company. Focusing on the performed and spoken nature of printed text gives us new insights into the way 18th-century literature was valued by its readers, forcing us to think about texts with audiences rather than readers, texts that were, as the great cultural historian Robert Darnton puts it, “better heard than seen.” Miss Elizabeth Hamilton, a young woman growing up in a gentry family in Stirlingshire in the 1780s, voiced a common opinion when she remarked that the best prose style was “always that which could be longest read without exhausting the breath.” The relationship between sentence structure and speech probably played an important part in readerly choices, yet it is not something that commonly features in a history of the literature of the period.

Orality is also strongly linked to affect, and the popularity of sentimental literature. Harriet Martineau recounts the transformative impact of reading aloud: “I remember my mother and sister coming home with swollen eyes and tender spirits after spending an evening with Mrs. Opie, to hear ‘Temper,’ which she read in a most overpowering way. When they saw it in print, they could scarcely believe it was the same story.” These factors might help us to understand some of the anomalies of 18th-century literature. Was it profound intonation and splendid declamation that secured the now improbable success of James Macpherson’s Ossian poetry? Was the popularity of sentimental fiction based on its appeal as the tearful centrepiece of an 18th-century social gathering?

And so it is very much worth investigating the everyday uses of books and reading in company, in the homes of the middling sort and lesser gentry. Although the schoolroom, the parish church, the tavern, the coffeehouse, and the university all provided important locations for reading aloud, the home was a space distinct in itself, a place that was both public and private, a site of intimacy and also of social display. It was a place of leisure and also of work: a way in which to retreat from the world, but also to prepare oneself for it.

Revisiting the busy world of domestic reading offers us the chance to explore the many ways in which books have knitted people together. In exploring the reading life of the home, we get a sense of the complex mix of piety, control, self-improvement, irreverence, and social exchange that shaped 18th-century society. People enjoyed their literature in an array of popular, and now unfamiliar, formats, from commonplace books to “spouting collections,” as well as in the conventional editions that we are familiar with. They were as likely to read aloud nonfictional texts, particularly histories and religious works, as fictional ones—but the literature telling them how to read, in the home, was primarily focused on literary works. They studied books on how to improve their elocution skills, learning to assume postures of passion or pathos as they read aloud in company. They copied down and shared their favorite poems, read out dialogues from popular novels, orated moving or comic fragments of plays, lent one another volumes of sermons, and discussed them afterwards. They used tattered old books that had been knocking around a whole village or a family, and they also bought the newly accessible compilations designed for home consumption. They invested in sofas in their libraries, or put bookcases round the fire to enable the sociable enjoyment of books. 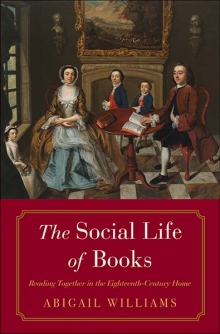 Excerpted from THE SOCIAL LIFE OF BOOKS: Reading Together in the Eighteenth-Century Home by Abigail Williams. Copyright © 2017 by Yale University. Reprinted with permission of Yale University Press.

Abigail Williams is Lord White Fellow and Professor of Eighteenth-Century Studies at St. Peter’s College, University of Oxford. She is author of Poetry and the Creation of a Whig Literary Culture: 1680–1714 and the editor of Jonathan Swift’s Journal to Stella. 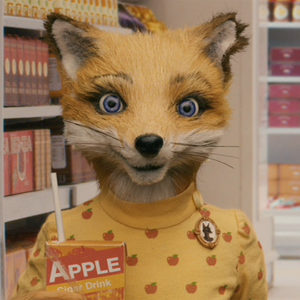 When I got Sarah Hall’s new short story collection, Madame Zero, I read it in one day. Where has this writer been all my life?...
© LitHub
Back to top
Loading Comments...