How the Witchcraft of Clarice Lispector Saved My Life

Veronica Esposito on the Books That Come Along to Rescue Us

The story of a woman eating a cockroach—it may not sound like the most inspiring thing in the world, but this book saved my life.

I worked for a corporation, and every day at lunch I would take this strange little novel outside to a poured concrete picnic table and read for an hour in the chilly winter—by far the happiest hour of my workday. More than that: this hour was a means of survival at a job I had grown to despise.

Life had not always been this way. For the previous two years I had traveled, read, and freelanced my way through Latin America. It was a very loose, very free life. I was responsible to no one and had my days all to myself. It was a time of adventure, of exploring, and most of all of reading—for hours and hours every day.

But then my two years were up. I wanted to return home and resume the life I had put on hold. I knew that once I was back in the States I wouldn’t be able to survive on the modest earnings that had propped me up throughout Latin America. So I found a real job. It was not a very good job.

Going into that office in the morning made me unhappier than anything else, and leaving it in the evening filled me with relief. I don’t know exactly how I survived the nine hours in between. I do remember what a blessing it was to read on my lunch hour, the way I could feel my entire mind opening up—as though I’d escaped a suffocating, smoke-filled cell and finally gotten a breath of clean air—and how it felt to walk back into that office, that little bit of life being smothered.

In the year that I survived that job many lunchtime books were a lifeline, but none more profoundly than Clarice Lispector’s The Passion According to G.H. (translated by Idra Novey). Many regard this as the most bizarre and infamous book from a writer who didn’t exactly shrink from eccentricity and controversy. In so many words, it’s the story of a wealthy, sheltered woman who one day squishes a cockroach, experiences a spiritual awakening, spends dozens of pages soliloquizing to the dying creature, and then eats it. She discovers that her whole life is a lie and vows to change. There are Christ-like overtones throughout (hence the title).

Quite possibly Lispector is the only writer on Earth who could have made such a crazy premise work. This should not surprise us. She was an iconoclast who did as she pleased her whole life—for her opener, after dropping a heart-stopping debut novel at the tender age of 23, she promptly left her native Brazil for 15 years. She broke down gender barriers at a time when “woman writer” was virtually an oxymoron in Brazil. She won respect from the establishment while writing about subjects that few—male or female—would dare touch. Her biographer, Benjamin Moser, has written that when she died in 1977, just one day shy of her 57th birthday, she was “one of the mythical figures of Brazil, the Sphinx of Rio de Janeiro, a woman who fascinated her countrymen virtually from adolescence.”

Moser has also written that a friend of his once warned, “Be careful with Clarice. It’s not literature. It’s witchcraft,” and indeed, that was exactly my experience with The Passion According to G.H. At a time when I felt myself being dominated by an environment that was intolerably sterile and heartless—lacking any sort of care, humanity, or curiosity—this book was a potent reminder of the world that I felt passionate about.

Within this compact, ferocious novel—that feels like the extended scream of a woman who has quietly wept her whole life—I found so many lines that filled me with inspiration. Above all, The Passion According to G.H. is about shaking off the deception of a world that tries to mold you into what it wants—that in fact uses the lure of material wealth and the fear of rejection to prevent you from ever confronting a reality outside of its own making. At my suffocating job I could very much identify with G.H.’s plight, and her courage helped me find my own.

I underlined so much, because so much of this book felt as though it were written just for me. Here are just a few of the many lines that gave me life:

“Until now, finding myself was already having an idea of a person and fitting myself into it.”

“I’m afraid I’ll start to ‘make’ a meaning, with the same tame madness that till yesterday was my healthy way of fitting into a system.”

“Where was my greater destiny? One that wasn’t just the story of my life.”

I brought these words into one of the most deadening environments I had ever known, and they rejuvenated me. This is what books can do. They do not only help you to find yourself: they help you remain that person, no matter what life throws at you. Through The Passion According to G.H., Lispector reminded me of the self I wanted to stay true to. It also gave me the means to do so. Books like these are little pieces of a better reality that we can take into places that make us feel like a failure—they are reminders that these oppressive environments are not our world and never will be.

I want to return to that word “witchcraft,” because there is something eerie about a book like The Passion According to G.H. Lispector’s mysticism has often been celebrated, and she is indeed a mystic writer, but there is something ironic in the fact that it takes a mystic to put us in touch with the “real world.” After all, we’re constantly surrounded by reality—shouldn’t it be easy to get in touch with?

But it’s not easy: such a basic matter as personal identity is a lifelong quest in which we all struggle to find our true selves. The truth of our world and of ourselves is covered by layers and layers of obfuscation: ideology, marketing, biases, misconceptions, historical narratives, personal psychology, just to name a few. These all must be peeled back if we want to find the truth. This is an idea that has deep roots in the Western tradition—we’ve all heard of Plato’s cave and the shadows its denizens take for real things. And it is still a resonant part of our popular culture—think of The Matrix, where in order for Neo to see the true nature of the world, Morpheus must seduce him with the red pill, then take him on a dangerous journey in which he converses with a riddle-speaking Oracle while watching a young boy demonstrate the artificiality of appearances by bending a spoon with the power of his mind.

The Passion According to G.H. is solidly in this tradition—it’s the story of a spiritual experience that shreds the deceptive layers of the everyday, giving its protagonist a rare opportunity to meditate on the true nature of her life. What Lispector brings to this tradition is prose so original and passionate that it broke right through my deadening office life. She also brings her unique verve: who but Lispector would have the boldness to turn the dying, oozing body of a severed cockroach into an existential crisis that opens up profound realization on the falsity of one’s material life? And she brings her boundless empathy: who else could have taken this symbol of universal disgust, which Kafka turned into the worst sort of alienation and tragedy, and make it into a site of compassion, understanding, and heroic transcendence?

In order to succeed, a writer like Lispector must fight against the decades and decades of conditioning that make us what we are. She must surprise us with premises and characters that are shockingly original. Her prose must be unbeatable. So it is absolutely correct that G.H. draws on absurdity and excess to give its ideas an incandescent, ecstatic energy. This is precisely why it rejuvenated me, and why it remains fixed in my mind as an incomparable reading experience.

Fortunately, that awful job is long behind me, and today I’m able to make my money though truly inspiring work with literature that I love and colleagues I respect. Nonetheless, I still rely on books—they break me out of my complacency and misconceptions. This is an ongoing, lifelong battle. To live in our world is to always run the risk of falling into routine ways of thinking, to stifle the imagination and the empathy that we all need to in order to be authentic, compassionate people. I cannot tell you how essential books are for keeping me where I need to be. With the stressful, busy lives that we lead, plus the hopes we chase and the setbacks we endure—to say nothing of the powerful economic and political forces that seek to define us—we are always in danger of being drawn away from the people we aspire to be. Great literature is that indispensable reality-check.

Fundamentally, a writer like Lispector is a writer of humility. You cannot see the world with such a fresh and penetrating gaze if you are not very aware of your own limitations and personal failings. Nor can you make the search for truth and authenticity such a defining fact of your literature—as it is for Lispector—if you do not approach your art with humility. I very much like the idea of Lispector’s work as a mixture of audacity and humility—to be bold enough to dream up premises that have lost none of their power in 50 years, and to be honest enough to make them live with truth and dignity. It is a rare combination to get right, and it is the mark of an essential writer.

The Time Murakami Met Carver (and Other Literary Meet-Cutes) 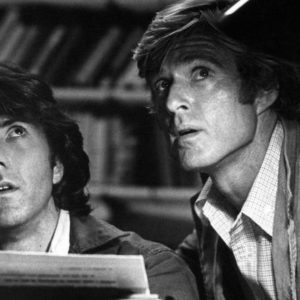 Editors should never preach and that is not my intention, but whether you’re a journalist or a writer of fiction or an editor...
© LitHub
Back to top