Michael Chabon, Lindy West, Jim Shepard and More on How to be a Writer

Earlier this summer, I visited the 2017 Bay Area Book Festival, an annual event that brings authors to Berkeley, California for readings, panels, and interviews—plus an awesome street fair and quite a bit of casual book-talk in bars. While I was there, I met some great people, ate a lot of free ice cream, and also interviewed a slew of writers, including Jim Shepard, Vanessa Hua, Karen Shepard, Ayelet Waldman, Michael Chabon, Katie Kitamura, Paul Murray, Esmé Weijun Wang, Hannah Tinti, Lindy West, Charlie Jane Anders, Edan Lepucki, and Scott Turow. Among other things, I asked each of them to tell me about the best piece of writing advice they’d ever received—after all, whatever it was, it obviously worked pretty well for them. Below, see their answers, and feel free to chime in with your own favorite bits of writing advice in the comments—whether you’re a famous writer yet or not.

Lindy West: “Imagine that there’s a giant pit that’s opened up before you. And on the other side of the pit is the rest of your life. And all you have to do is just dump words into the pit until they fill it up and you can walk across. Which is not artful! But it was at least helpful in getting the thing done.”

Michael Chabon: “If you wanna write a novel, you have to sit on your ass.” 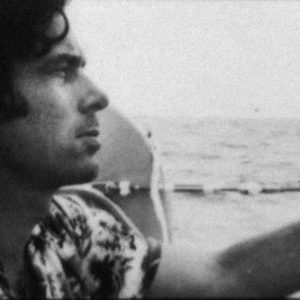 I called Tom McGuane in Livingston, Montana, when we were launching Outside magazine, out of the Rolling Stone offices in San Francisco....
© LitHub
Back to top