Jane Austen’s most widely mocked character is also her most subversive: In defense of Mrs. Bennet · David Burr Gerard on his literary influences: Joyce, Kafka, and Grover · A woman alone in London: On the literature of solitude · Sujatha Gidla on growing up as an untouchable · James Baldwin vs. William F. Buckley: A debate we shouldn’t need, as important as ever · Rebecca Solnit on a childhood of reading and wandering · What Terry McDonell learned from editing Hunter S. Thompson · The lies we tell ourselves about gentrification: Brandon Harris on a decade of magical thinking in Bed-Stuy · 10 essential road trip books that aren’t On the Road · Celebrities—they’re not just like us: On Julie Klam’s The Stars in Our Eyes
Best of Book Marks:
Back in 2008, The New York Times deemed Stieg Larsson’s The Girl With the Dragon Tattoo “a thoroughly ugly view of human nature” · “It sounded like a bone breaking”: On Walter Mosley’s first Easy Rawlins mystery novel, Devil in a Blue Dress · “Yeats has not brought his poetry down; he has raised man up”: A 1928 review of W.B. Yeats’ The Tower · Meet Renée Ballard: Michael Connelly’s new heroine · On the anniversary of the Moon landing, we look back at another iconic lunar story: Margaret Wise Brown’s Goodnight Moon · Long before the series became a global phenomenon, the original reviews of George R.R. Martin’s A Game of Thrones · Michael Connelly, Rachel Khong, and Steve Bannon all feature among our best-reviewed books of the week 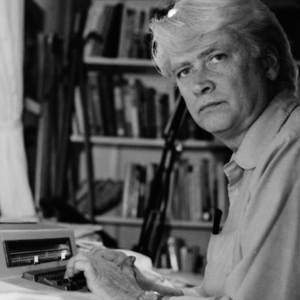 At a writers’ festival in Haifa: where does Palestine end and Israel begin? | Literary Hub What Hemingway...
© LitHub
Back to top