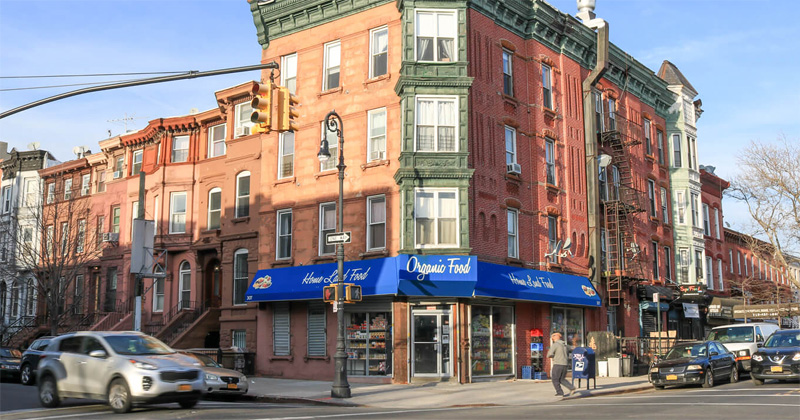 The Lies We Tell Ourselves About Gentrification

Brandon Harris on a Decade of Magical Thinking in Bed-Stuy

For years before I gave it much thought, it was difficult to know exactly how long I lived in Bedford-Stuyvesant. That’s wasn’t for lack of trying. For most of my early years in the neighborhood, I was convinced I lived somewhere called East Williamsburg or Clinton Hill. I try not to hold myself responsible for this historical bad faith—at least not my mid-aughts incarnation—but we’re all cowards somewhere in our souls, and in the era of my initial Bedford-Stuyvesant residence, cowardice was my modus operandi. I lacked honesty in almost all of my relationships, from my mother (“I’m doing just fine . . . no, my money is holding out”) to my on-and-off Danish girlfriend (“No one will ever love you like I do”) to my roommate/childhood friend (“No I can’t make it to your show man, I have a screening in Manhattan of this movie I’d like to cover for . . . ”).

I was running from myself, trying to be someone different for each person of importance in my life, tailoring myself to their needs, choosing personas to inhabit and abandon, wearing masks that only obscured my own desires and the gravity of my choices. I was code-switching for the hell of it, without much purpose but with plenty of precision.

After my period of hasty settlement, when in my waning days as a BFA Film candidate at the State University, the utter bafflement with how I was supposed to remain middle class without parental tithing upon leaving school growing steadily in my pot-and-ambition-addled brain, I realized we may all be living in an era designed to obfuscate who lives in Bedford-Stuyvesant, and why. I started to freak out a bit.

Slowly I realized, steeling myself against the easy preoccupations and self-pitying that class difference amongst the still privileged can engender, that I was as complicit in it as my newest pale girlfriend or trust funded roommate, as all of us who see the displacement of people less fortunate as a natural occurrence, a small price to pay to make our cities dynamic and exciting an culturally suited for us. For a kid who grew up weaned on mostly justified black American paranoia and Christian social conservatism, it began to be a bit of a mindfuck.

Bed-Stuy, this neighborhood of 20th-century Black American lore, has contemporaneous borders that are the stuff of ever-evolving myth. In the Bush-Obama era, the neighborhood had been propelled endlessly back into itself by Craigslist housing ads that give a new block or two every year the honor of calling itself by another, more thoroughly gentrified sounding name. Now, every other 27-year-old writer/artist/whatever white girl I meet in New York lives in Bed-Stuy and is happy to say so, although the ones whose families have real money still live in Park Slope or Williamsburg or the West Village if they can.

Despite the emotional and political wages of the Bush era, that lost near decade which wore on our economy and culture in ways we scarcely realized were permanent, magical thinking was still encouraged. The implication of rent and food help not being on the way from my folks didn’t deter me from seeking the spaces gentrification ably provides for lifestyles that somehow seek to reaffirm, in their insularity and polite, paternal finger wagging, the innate superiority, refinement, and communal generosity of the modern urban dweller—the would-be cultural sophisticate. It had been made clear to me that I should expect no financial help from my mother, a strident, up from the bootstraps, liberal fundamentalist real estate entrepreneur with a penchant for oddly aggressive humor, a taste for bourbon, and a haughty confidence I was sometimes able to mimic properly. My soon-to-be diabetic father, who cleans ceilings in Bob Evans restaurants despite the long, backbreaking hours and unsteady income, had no money to offer in support, his finances having been in a clear and steady decline since the mid-90s.

So I hastily took jobs—whatever jobs I could find that felt like they were pointing in something resembling the direction I wanted to go, and my mother helped me anyway, at least until the recession hit, introducing the sheer economic terror that I lived with in fits and starts throughout most of the Obama administration, even as I became a professional teacher, a critically, if not industrially, lauded filmmaker, and a writer of some small repute in indie film’s tiny, dying corner of the entertainment industry.

Perhaps I’ve always thought I was just lucky. I heard the actor Terrence Howard opine during a Q&A for some black swimmers movie he was in, in that particularly unhinged green-eyed negro way of his, about how we’re all life’s winners from the very beginning because the sperm that once housed our being beat all the other millions of sperm housed in our father’s ejaculate to the egg. I’d miraculously survived teenage liver disease, likely brought on by some combination of booze, ecstasy, and undercooked chicken, a happening my fundamentalist mother reckoned God had delivered me from himself. So making it in Brooklyn would be easy peasy.

Even as the realities of my particular brand of vulnerable black middle classness became all too apparent, as I succumbed (and transcended!) the quiet desperation that has pervaded much of my twenties in this city trying to scrape together enough money as a freelance writer and film professional to pay my generally menial rent, I choose to believe I didn’t live in Bed-Stuy, and that I somehow was above the urban fray, that I had more in common with my roommate than that little kid I’d buy drugs from in the street, when in fact I had increasingly little in common with either of them.

Of course, on some terrible level, none of this mattered so much to me then, and I’m not sure it matters much to me now. From the time I moved to the neighborhood for the first time in 2004—as the ambitions of the Bush years that any sensible person had long known were rotten began to finally show enough bitter fruit to hope the body populous would jettison the Republicans from control the following fall (they didn’t)—to the time I moved out of the neighborhood in the fall of 2015, no longer stirred by the previously unthinkable act of a black man as President, especially one who preferred drone killings and unending drug war and an lobbyist approved liberalism, I had changed quite a bit and America perhaps even more than me.

But I still felt, as I did in my youth, like a man unmoored, who knew not what America expected him to do with his few gifts and what sacrifices it would ask of him to build a better commonwealth, who foolishly chose to believe he could make expensive, collaborative artwork and burn all the carbon he wanted and eat ten dollar tater tots and drive niggas rents up and think everything would turn out alright. Magical thinking never goes out of vogue. 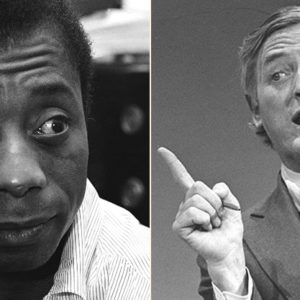 “It comes as a great shock,” James Baldwin said in his epochal debate against William F. Buckley at Cambridge in 1965,...
© LitHub
Back to top