TODAY: In 1925, prolific Australian novelist and short story writer Thea Astley is born. At the time of her death, she had won more Miles Franklin Awards, Australia’s major literary award, than any other writer.

Because great writers have cats: from Chester Himes and Ursula K. Le Guin, to Judy Blume and Julio Cortazar, we have the proof • The time I went fishing with the great Barry Hannah: William Giraldi recalls his conversations with a true “rebel of language” • On the 60th anniversary of its American publication, 60 covers of Vladimir Nabokov’s Lolita, from the sublime to the ridiculous • On the power of the surreal, rule-breaking memoir, from Leonora Carrington to Wendy C. Ortiz • What does Karl Ove Knausgaard think of ice cream? • A young Ralph Ellison comes of age during the rise of Oklahoma’s Ku Klux Klan • Legendary editor Claire Tomalin on the time she hired (and then dated) a young turk named Martin Amis • “I’ve had a sign over my typewriter for over 25 years now: don’t think!” Writing advice from the great Ray Bradbury • The case for impeaching Donald Trump as laid out by three legal scholars • “Relationships between writers never work out. We know this. They fall apart.” When it didn’t work out with a living writer, Nell Stevens turned to the 19th century • Are human genes changing right along with culture and technology? On the age of epigenetics • Meet the 18th-century widow who invented an art form at age 72 • From James Baldwin to Carson McCullers, ten little-known children’s books by famous writers • Socialism in the academy! MFAs for everyone! (Toward a more utopian pedagogy) • “Europe, where have you misplaced love?” Poet Athena Farrokhzad’s open letter to Europe • The editor of James Baldwin’s “children’s book for adults” on bringing it back to the public eye • Adrienne Rich on being a daughter, being a mother, and being a feminist • Laura van den Berg reveals the horror films that served as inspiration for her new novel • Cookbooks often reflect the politics of their times—and occasionally even shape them • On the self-portrait Jorge Luis Borges made in New York’s Strand bookstore

Sick, scandalous, or spectacular? To mark the 60th anniversary of its US publication, we take a look back at the first reviews of Vladimir Nabokov’s Lolita • The Lies That Bind author Kwame Anthony Appiah spoke to Jane Ciabattari about his five favorite books about individuality and identity • This week in Secrets of the Book Critics: Brooklyn-based writer and critic Julian Lucas on Ishmael Reed, Doreen St. Félix, and the wokest white man to ever live • Sally Rooney on motherhood, Tina Brown on the husband hunters of the Gilded Age, an evisceration of Omarosa’s White House tell-all, and more Book Reviews You Need to Read This Week • An apocalyptic satire, a quest to reinvent France, and a love letter to Little Women all feature among our Best Reviewed Books of the Week

How Cold War paranoia led the crime comics industry to (nearly) censor itself out of existence  • A look at the surprising symmetry between crime fiction and the Western—and 9 of the best books that stand firmly in both genres • On Gertrude Stein’s lifelong love of crime fiction, and what happened the night she met Dashiell Hammett at a party • Julia Keller returns to her opiate-ravaged hometown and ponders the power of literature to assuage despair • How Ross Macdonald changed the course of crime fiction with three classic novels • Lea Carpenter on gun ranges, egos, and being told that spy fiction is off limits to women • “Crime and the City” visits Oslo, a peaceful, prosperous, and expensive city where the Nordic Noir boom is in full effect and Jo Nesbø is ubiquitous • Eric Rickstad rounds up 8 classic tales that use extreme isolation to create suspense • Rea Frey asks thriller authors to choose the most memorable “mother villains” in literature • Romance and suspense writer Victoria Stone looks at the surprising affinities between the two genres • Steve Hamilton examines what makes a true thriller, and picks 11 modern greats that get the stakes right: mortal danger, and pure survival • Film critic Tanner Tafelski recommends 12 prison films based on the words of those who spent time inside • Read an exclusive excerpt from Sophie Hannah’s latest continuation of Christie’s Poirot 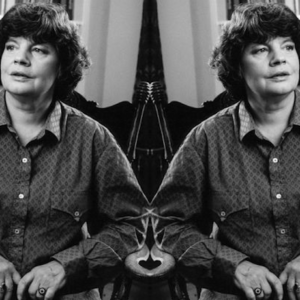 The editor of James Baldwin’s “children’s book for adults” on bringing it back to the public eye. | Lit Hub ...
© LitHub
Back to top