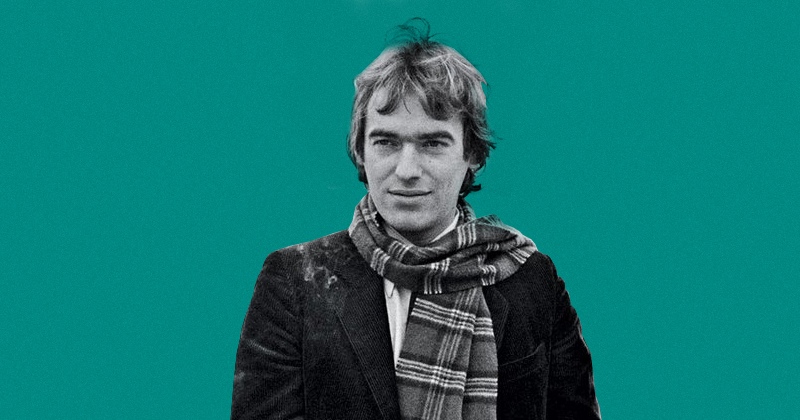 Claire Tomalin on Hiring (and Dating) a Young Martin Amis

At the office I had a new young reviewer, Martin Amis. I met him first in January 1974, inviting him to lunch when he was working for The Times Literary Supplement and I was about to start at the Statesman. His first novel, The Rachel Papers, had cheered me in my sorrows and made me laugh, and I intended to ask him to review for me. Of course he was the son of Kingsley, so born into literary grandeur, although his childhood had not been easy after his parents divorced, and he said he had read nothing but comic books until his stepmother Elizabeth Jane Howard introduced him to Jane Austen. But with that he had gone to Oxford and become a star.

We made friends. He was 25 and I was 40 and we surprised one another. He said, “I thought you’d be fat,” and I had not expected quite such assurance. We were about the same height, so that if I wore high heels I was just taller than him. As I got to know him, I noticed that his hands shook in the morning, making him seem vulnerable. But the solidity of his presence belied that, as did the confidence of his pronouncements. He stood out in any group. He wrote well because he thought well. He rolled his own cigarettes and drank a good deal. And he had a seriously intelligent face, a neat and expressive mouth and blond hair, like my Tom’s blond hair. Perhaps I saw Martin as an older son, one who shared my love of books. From the start he liked to put his arm around my waist and hold it there, standing beside me. I liked it too. And, although I did not care for cigarette smoke, I succumbed to the charm of his smoker’s voice, so deep that it made him sound older than he looked. It was the voice of a man of the world, which he was not, but soon would be.

In my first Spring Books special I let him review The Sacred and Profane Love Machine, Iris Murdoch’s latest novel. At this time Iris Murdoch was at the height of her fame, winning prizes and producing annual bestsellers. His review was an elegant, polite and devastating put-down. He was right, because the story she told was banal—the man with a pure wife and an exciting mistress—and, worse, it was far too long, and had needed to be cut and edited. An established author as intelligent as Murdoch should have seen she was expected to do better. With this, Martin stepped fully armed into the literary arena. Tony Howard and I agreed that he was a prodigy and must be brought to the Statesman as soon as possible. I asked him if he would become my deputy and he started in February 1975.

Tony also brought Christopher Hitchens to the States­man. Hitch was a born journalist and the office became an increasingly diverting place as the poet James Fenton also joined the staff—here were three young men with brilliant futures, each looking for the territory he wanted to mark out for himself. Martin says he and Hitch set out to explore the lower Bohemia together. They were best friends: neither was gay, although Hitch sometimes behaved as though he were in love with Martin, and kept a watchful eye on me.

Martin knew nothing about opera, so I took him to Covent Garden to hear Rosenkavalier, Strauss’s great account of the love between an older woman and a very young man. I may have been giving myself a warning. Opera did not speak to Martin. My brief love affair with him began in the summer of 1975. I was a widow, he a bachelor, and we did not keep it secret. There was much holding of hands under tables and kissing. Terry Kilmartin mocked me affectionately, telling me I was pretending to be the heroine of a French film. He was right in that the whole experience was intoxicating and did not seem quite part of the real world. My mother, finding Martin in the sitting room at home one day, waiting to take me out, looked at him with undisguised disapproval. But he made himself part of the family. He was always especially nice to Tom, and he and Susanna got on so well that we joked about being close to the situation in Turgenev’s play A Month in the Country, in which the tutor is involved with both mother and daughter.

It was an exceptionally hot summer and we made up a party one sultry evening early in August to go swimming in the Hampstead Ladies’ Pond after dark—my three daughters, Valerie Grove, Martin, Hitch, and a few others. We drove up to Hampstead and climbed over the gate into the pond enclosure easily. The swim was deliciously cool and we parted company chastely at the end of the evening. Only Hitch misbehaved, ringing a newspaper and putting a story into the gossip column.

“After a time I began to realize that what I thought of as a love affair was more like membership of a club.”

I went with the children for two weeks’ holiday in Sussex, where Uncle Humphrey let us use a cottage on his land. Tony Howard and Martin came down for lunch and Martin stayed on for two more days. In October he took me to Oxford for the weekend: we stayed at the Randolph and spent the evening with Craig and Li Raine. Craig thought Martin and I should get married, an idea neither of us ever entertained. Then Martin invited me to spend the weekend with his father and stepmother Elizabeth Jane in their house in Barnet. It passed decorously—drinks and dinner, separate bedrooms, a walk through the suburban countryside on Sunday morning. Afterward Martin wrote to me saying they had expressed amazement that I had a daughter at university. Perhaps they also advised caution.

He sent me charming letters when he went to visit his mother in Spain. We had no quarrels, but after a time I began to realize that what I thought of as a love affair was more like membership of a club. Martin was attractive to many young women, and he was ready to enjoy the situation. That did not work for me.

Our affair ended and I was sad. My daughters were probably relieved. Friends cheered me up, and he and I remained good colleagues. He edited the pages very well when I was on holiday. In the summer of 1976 we celebrated his 27th birthday with a merry lunch together, something I’d forgotten about and found mentioned in a letter to my father in which I praised him for his hard work and added, “There is no doubt he is cleverer than his Dad.” I knew Martin could take over my job easily and do it very well.

I found it difficult to make up my mind about my own future. I loved editing, yet I had accepted commissions to write a major biography of Katherine Mansfield and a short life of Shelley, as well as compiling an anthology. This was a lot of work to fit around an office job. I wrote to my father, “No nearer to making up my mind about my future. I do so enjoy the editorial life . . . I am really frightened of what I might sink into if I gave up overwork and tried to take up the solitary life of the writer again.”

Yet it became increasingly difficult to deal with the conflicting demands on my time. In 1977 we asked Julian Barnes to become our television critic and he was an immediate success, a born essayist and a welcome addition to office life. So I left the Statesman to work on my various commissions, Martin became literary editor and Julian his deputy: a pretty good team, I thought. But it was not a good move for me. 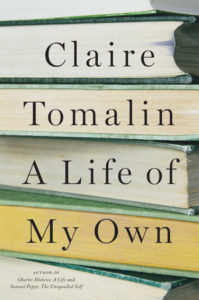 Claire Tomalin is the author of eight highly acclaimed biographies, including Thomas Hardy and Samuel Pepys: The Unequalled Self, which won the 2002 Whitbread Book of the Year Award. A Life of My Own is her most recent book. She has previously won the James Tait Black Memorial Prize for Biography, the Whitbread First Novel Award, the Hawthornden Prize, the NCR Book Award for Non-Fiction, and the Whitbread Biography Award. Educated at Cambridge University, she served as literary editor of the New Statesman and the Sunday Times (London). Claire Tomalin lives in London and is married to the playwright Michael Frayn.

The Poet Who Survived Stalin's Poems 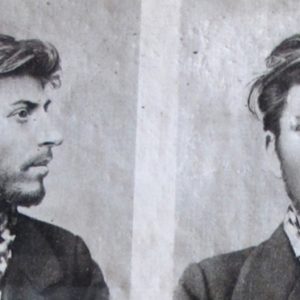 The Poet Who Survived Stalin's Poems

One of the most important Russian poets of the second part of the twentieth century, Arsenii Tarkovsky (1907-1989)—father...
© LitHub
Back to top
Loading Comments...