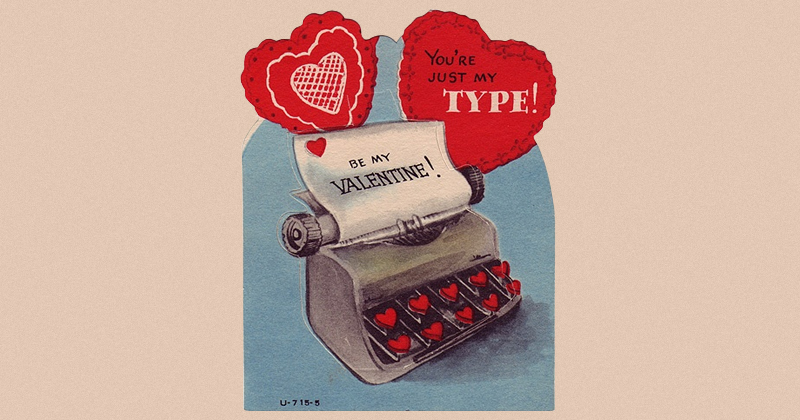 When It Didn’t Work Out with a Living Writer, I Turned to the Dead

Nell Stevens Finds Comfort and Companionship with a 19th-Century Author

Relationships between writers never work out. We know this. They fall apart, dramatically, tragically—Plath and Hughes, for example—but even if they don’t, they’re indelibly marked with misery: jealousy, obsession, resentment. Somebody usually writes a memoir and their partner never forgives them. Somebody wins all the prizes. Of Joan Didion and John Dunne, a literary couple who really did appear to love each other, biographer Tracy Daugherty wrote, “Though neither could imagine not being married to a writer, though they counted on each other for editorial and professional support, an edginess grew between them—not competition so much as sadness that things could not always be equal.” Things cannot always be equal. It is not surprising that literary relationships so frequently fail.

When I was in my late twenties, I fell in love with another writer: we were both unpublished MFA students, and over the course of our time in the workshop, I became besotted. He had kind eyes and a soft voice. His stories were populated by thoughtful, sad bachelors who, I was convinced, offered insight into his own hidden depths. He wrote beautiful sentences. In his feedback to our peers, he was careful and constructive, never participating in critical pile-ons, always finding a positive angle. I had always imagined my future partner would be a writer: someone who understood that side of me, who could advise and collaborate and inspire; someone, in short, very much like the kind-eyed man in my fiction workshop.

We got together after graduation, when I was getting my PhD in London and he was writing in Paris. For a while it seemed we were achieving something miraculous: we were both working, we were happy, we were in love. I spent my days in the Rare Books reading room of the British Library, working on my dissertation about the 19th-century novelist Elizabeth Gaskell and her peers. I was researching the time that Mrs. Gaskell spent in Rome, amongst a coterie of other writers and artists. When the library closed, I’d head home, sign in to Skype and talk to my beloved, who moved back home to Boston after a while, and continued to write. The distance was hard, but we loved each other; we were equals and we made it work.

Or at least, we made it work until we didn’t: he called me on Skype and ended things, because he needed to focus on his own life, his career; the pressure of the transatlantic relationship was just too much.

Was it a coincidence, I wonder, that our relationship floundered when the power dynamic between us shifted? I had a book manuscript shortlisted for a prize for unpublished authors; I had an agent who was excited about the project. For the first time, it seemed more likely than not that I’d actually publish something. I was thrilled, giddy with optimism, and in response, he had started saying, “I’m really happy for you.” It sounded off to my ear, distant and cold, as though he were highlighting that he and I were separate, our happinesses not aligned. He was a good and generous person, and I know he meant it: he really was happy for me. But nonetheless, my successes did seem to precipitate the crisis of confidence that led to that awful Skype call, his decision to break up.

Perhaps it is unfair to suggest that my work had anything to do with it, but thinking back on it now, I return to Daugherty’s line about Didion and Dunne: “sadness that things could not be equal.” I was not a better writer than he was, but in that moment I was a luckier one, and I wonder how large a part that inequality played in the unravelling of our relationship.

“Was it a coincidence, I wonder, that our relationship floundered when the power dynamic between us shifted?”

I was blindsided by the breakup. I spent months grieving, feeling unbearably alone. The task of completing my PhD felt almost impossible: a dead weight around my neck. But my research funding came with a deadline, and in the absence of any other structure in my life, I dragged myself back to it. I returned to the books, to the dusty pamphlets in the Rare Books reading room, and to Mrs. Gaskell.

In doing so, I came to see that I was not alone. Because in parallel to my romance with the American writer, I had been cultivating a secondary love affair, which, in the aftermath of the former, rose to take its place. As I navigated the new landscape of my life, in which there was no partner, no emotional security blanket, Mrs. Gaskell was my guiding light. I had spent, after all, far more time in her company than I had in that of my ex. I had been with her every day in the British Library: hours on end, hearing her voice in my head, reading her thoughts, pondering her plot lines. Compared to the snatched weekends spent in the company of my living ex-lover, the nightly calls that stretched, at most, to an hour, I knew her better than I could ever possibly know him.

My love for Mrs. Gaskell falls somewhere, I think, between pragma and philia, with little eros, a dash of what feels like storge and a measure of philautia, because it is, after all, self-generated. Perhaps there’s even mania in there too. This combination has no Greek name, because I don’t speak Greek, and I have therefore termed it the literary romantic.

Since becoming aware of the centrality of Mrs. Gaskell to my life, I notice similar pairings in the lives of other writers. I see the literary romantic in Rebecca Mead’s engagement with George Eliot, of whom she writes, “I know this woman. I’ve been this woman.” From Middlemarch, Mead learned “that love can arrive in unimagined ways, and may be found where we least expect it.” I see that unimagined, unexpected love, too, in Susan Howe’s My Emily Dickinson; and in Mary Ruefle’s essay “My Emily Dickinson”: “I would no more tell you about my relationship with her poems,” Ruefle writes, “than I would tell you about a love affair.” I suspect a literary romance between Elif Batuman and Dostoevsky, from whom she has borrowed the titles to both of her books: The Possessed and The Idiot.

“Sometimes love means showing up as a reader, as well as a writer; means being quiet; means a meeting of minds, not just of lives.”

These romances, from the outside, appear shadowy, quiet. They are static compared to those between two living writers. There can be no public falling out, no vitriol, no sudden separation. There is no simmering, burgeoning resentment. There is no sense that the goals of one must be sacrificed to serve those of the other: quite the opposite, in fact. These relationships seem to me to be the gentle ideal on which their living counterparts are based. There is so often a sense of real and loving communion, of one writer helping the other out, inspiring and advising and urging. These relationships are one-sided, silent, sustained by the living writer single-handedly, and therefore somehow more equal and sustaining in return. We make of them what we need: we show up to meet our literary lovers as equals on the playing field of their pages, our minds.

In the years since my break up with the writer in Boston, I have remained devoted to Mrs. Gaskell. I have written a dissertation about her, and then a memoir about our literary love affair. I visit her in her novels, her stories, and in her letters most of all. I have fallen in love again, too, with another writer—a living one!—and I take solace in what I have learned from my relationship with Mrs. Gaskell. Perhaps two living writers can never be equal. But Mrs. Gaskell has taught me that sometimes love means showing up as a reader, as well as a writer; means being quiet; means a meeting of minds, not just of lives. I remain an incorrigible literary romantic.

Nell Stevens has a degree in English and creative writing from the University of Warwick, an MFA in fiction from Boston University, and a PhD in Victorian literature from King’s College London. She is the author of the memoirs The Victorian and the Romantic and Bleaker House and is at work on a novel. 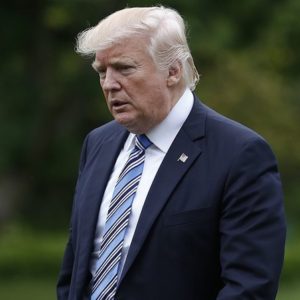 What follows is one of multiple cases for impeaching the president, as laid out by Ron Fein, John Bonifaz, and Ben Clements...
© LitHub
Back to top