The following is from Claire G. Coleman's novel, Terra Nullius. In the near future, Australia is about to experience colonization once more. What has been learned from the past? Claire G. Coleman is a Noongar writer whose family have belonged to the Western Coast of Australia before recorded history. She writes fiction, essays, and poetry, and won a Black&Write! Indigenous Writing Fellowship for her debut novel, Terra Nullius.

Jacky woke as the first tentative tendrils of light worked their way through the trees, clawing through the branches, pushing softly through the leaves. It was not the light that had woken him, rather it was a relentless gnawing hunger. If the pain hadn’t caught his attention, the grumbling of his stomach, almost a roar, nearly a scream, would have. Not that this was intolerable, it was even normal. There were few times in his memory that he had been given or even stolen enough to eat.

There was no time to mope, to fear, to eat or even to be hungry. He knew the Troopers would still be out there, still searching for him, and his only chance was to move as fast as he could. He knew he could go a day or two without food; hunger had been a normal punishment for minor mistakes, small rebellions. It would take a couple of days before hunger made him weak or foolish. So, for the moment at least, running was more important than eating.

The Settlers would be afraid of the bush, of the deep woodland, so different from their home. That would be the safest place for him in whatever tangled, green and brown, scratchy and dirty, trackless and untidy scrub he could find. North-east was the best direction, the settlement from which he had escaped was west. Native servants don’t move around much, but when they arrived at the station, from other stations, they mostly came from the south and the west. He’d been told most of the settlements were to the south and west, in that part of the world at least. North and east were drier, the woods thicker, the Settler population thinner, north and east should be safer.

He needed to be fast, yet careful; no amount of speed would be enough if he left signs of his passage even Settlers could follow. If he was careless enough there were trackers out there who would be able to track him even in the dark, he would never escape them. Chunks of red-brown ironstone, shapeless boulders like stuck-together pebbles, were scattered between the trees, most knee-height and a few as tall as his waist. He bounded from rock to rock as fast as he could. There were rumours of trackers who would not be fooled even by such a move, though he had to try something.

Rain, if it would come, would be a mixed blessing at best. The hammering of water on the ground would clear some of his track away, making it harder, even for a good tracker, to find him. On the other hand, if it rained it would not be as hot, and the Settlers would travel easier. When the rain cleared, as it always does, the wet ground would hold tracks even better than when it was dry. Jacky knew he lacked the experience to decide what was best, not that it really mattered in the middle of a drought. He could wish for rain but he was unlikely to get it.

“There was no time to mope, to fear, to eat or even to be hungry. He knew the Troopers would still be out there, still searching for him, and his only chance was to move as fast as he could.”

It was good to be out in the bush again, even though it was not his own bush, the bush around his barely remembered home. He could not quite see, though he strained his mind’s eye, the forest back home. Yet he knew these trees felt wrong, they were not his trees, that was all he had left of home, a half-lost feeling. Behind him now were the foreign-looking, alien-feeling houses of the Settlers, the strange trees they had planted to make it look more like wherever it was they had come from. That at least was a relief. For the moment it didn’t even matter which direction home was in, at least he was away.

For fleeting moments while running he could almost forget his desperate peril. In those moments he ran for the joy of it, free in mind and body, his own man, running in his land. They did not last long, those moments; soon he was reminded that he was being hunted and the grim determination returned, the joy receded.

All day he ran, flitting through trees on leaves and bark, clambering over boulders, leaping from boulder to boulder and from fallen tree to fallen tree. All day he ran, splashing along creeks to leave no tracks and no scent for dogs. All day he ran until the setting of the sun stole his sight leaving him helpless.

The sun rose and with it his hope, again. He spared a moment to bask in the sun, to bask in hope before starting again to run. He ran in fits, walking when running was too hard, when he was too tired, his muscles turning to pus. He walked when he could not run, because he also could not stop; if he stopped he might as well just give up, may as well surrender.

Another fitful, terrified, cold and damp night of sleep, buried under the driest bark and twigs he could find for what meagre warmth and cover they provided. Another day-and-a-half-running later and he got lucky. Before him, casting almost no shadow in the noon light, was a rock so large the Settlers had curved their road around it rather than attempt to destroy or remove it. It was an unusual shape, almost exactly the shape of a horse’s head, jutting from the wet grass as if a giant animal was below the ground staring at the stars.

This was his first breakthrough. He remembered that rock, remembered staring at it in unaccustomed wonder as they took him in a great curve around it on the road. It was a rare moment of wonder, something unexpected, something almost magical on the road from the school to the settlement where he had been a slave for those terrifying years.

There was no way he could have known then that the horror of the school, the beatings often for no reason he could understand, the torture, the hunger, would be the best days he would remember. At the time he was excited, travelling when before he had spent his life in the school, seeing the world outside the fences for the first time in countless years. For a time everything around him was suffused with wonder, for he did not know, then, what sort of life he was being taken to.

He had stared in mute awe at that rock as the road curved around it, how could it have got there? What beautiful, terrible magic, what history led to a rock that looked like a horse, or a giant stone horse stuck in the mud, dead, it had to be, but staring at the stars? Maybe, being a horse of rock it was merely resting; one day it would rise, shaking off the entrapping soil, climbing from its pit, running off to . . . well, Jacky had no idea where.

As frightening as the thought was, he would have liked to have seen that.

Surely there could not be another such rock, if he had passed it on the way to the settlement from the school for Natives then he could follow the road. The road would take him to the school and there, maybe, he could learn more, something to show him his way home. It was not much of a chance and maybe, for someone less desperate, not even worth entertaining. For Jacky it was the greatest hope he had ever experienced.

Finally he didn’t feel helpless, probably for the first time since he had been taken from his family, for the first time he could actually remember. It was not much of a landmark, not big enough to see among the trees if not for the road it rudely interrupted, but to him it loomed large, for him it was the centre of the universe, at least briefly. He could follow that road and make good time, not on the road of course, that would be suicidally reckless, but he could move through the bush in view of the road following it.

The forest, always a sanctuary from the terror, the constant labour of his day-to-day life, was, in his eyes that day, in the glowing afternoon light, beautiful beyond his imagining. He walked as fast as he could without running, delighting in this glimpse of what heaven must surely look like. The greyish trunks of the trees, festooned with hanging bark, reflected the light of the slanting afternoon sun. Waxy leaves, a shiny blue, green, grey, caught the light like glitter. There was almost too much light that time of day but feeling hopeful Jacky barely noticed. Even as the light drilled, painfully, into his eyes he didn’t care, he was going home.

He started running, almost skipping through the bush, through the trees, glad of the times that he had practised cross-country running as a way to escape the almost constant, inevitable beatings. Settlers ran for fun, he had seen it but never understood why they did it. He was alive because he could run, maybe this ability would continue to keep him alive. There was no way to take the time to hide his trail, not at the speed he was moving, not when hope gave energy to his legs, drove him forward without volition.

All he had to defend himself was an old kitchen knife stolen from the kitchen, its handle of bone worn narrow from decades of handling and its once straight blade carved concave from many years of sharpening. It was more a liability than an asset, not much use as a weapon and almost certain to get him in more trouble if he was caught with it.

Not that he could get in much more trouble; absconding was a serious crime where he came from. Doomed, terrified, far from anything that he could call a home, alone, nothing on Earth could make him lay down the only weapon he had.

5 Reasons A Writer Should Move to Mumbai 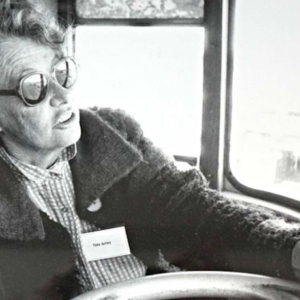 Lit Hub Weekly: August 20 - 24, 2018 “Dogs have never interested me.” With that admission, Karl Ove Knausgaard has published perhaps his most controversial...
© LitHub
Back to top