TODAY: In 1830, Sarah Josepha Hale’s Poems for Our Children, including “Mary’s Lamb”, with the verse “Mary Had a Little Lamb”, is published by Marsh, Capen & Lyon in Boston, Massachusetts.

Also on Lit Hub: Struggling to mine family history for a novel • Scent and sensibility: 5 olfactory novels • Hilary Plum on terrorism, disease, and blurring the lines of self on the New Books Network • On The Literary Life with Mitchell Kaplan, Nana Kwame Adjei-Brenyah discusses the role of indie booksellers in Friday Black‘s success • On Keen On, trying to convince Jeff Jarvis the internet is bad for democracy • Read an excerpt from Pola Oloixarac’s novel Dark Constellations

50 Raymond Carver Covers from Around the World 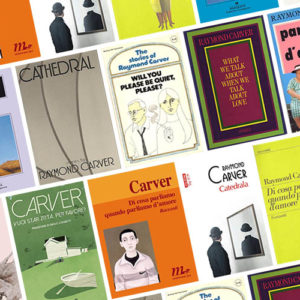 50 Raymond Carver Covers from Around the World Raymond Carver, master of the short story, patron saint of many a creative writing program, regular of many a bar, was born...
© LitHub
Back to top